Hendrik Nicolaas Werkman never was the luckiest of men. He lost his father at a young age and during his career as a printer he fell on hard times a couple of times. He always managed to overcome his problems with creativity and optimism, but on 29 April 1945, barely three weeks before his 63rd birthday and only three days before Groningen was liberated, Werkman was executed together with nine others. At the same time most of his works were destroyed in the battle for Groningen that raged at that moment.

Undoubtedly the best source of information about Werkman and the British Library’s holdings of his work is Anna Simoni’s article from 1976 in the British Library Journal, which is available for free online. Simoni, herself an exile from Nazi Germany, was curator for Dutch Collections from 1950 to 1981. It is thanks to her that the Library holds such an extensive collection of Werkman’s work and his clandestine works from the Second World War in particular.

Werkman was a painter before he was a printer. He was a member of the Groningen artists’ group De Ploeg (‘The Plough’) and took part in a exhibition of their work in 1938. 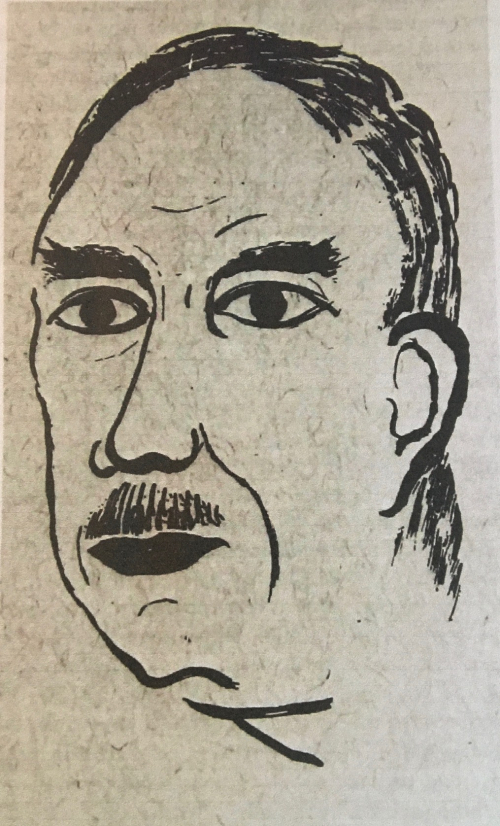 His printed works are just as artistic as his paintings. They were called ‘druksels’, a word sitting halfway between modesty and irony. The word belies the work that went into them and the innovative techniques Werkman applied to them. Most titles are only a few pages long. They range from translations of the Psalms, and other religious texts to poems from the Eighty Years’ War and specially-written poems by both Dutch and foreign writers. The Library owns 41 titles Werkman published clandestinely between 1940 and 1944. Because of the scarcity of paper he used other materials, such as brown packing paper.

Print runs ranged from ‘a few copies’ to 40 to 150. As Simoni notes in her article (page 72) not all copies are the same. Hand pressed from several templates, Werkman would shift them slightly to make another version. The Royal Library (KB) in The Hague carried out a systematic research project on their own collection of ‘Werkmaniana’ which showed similar deviations in many copies. This makes them unique works, rather than part of a print run.

Hopefully similar research will be carried out on our collections, to see whether our copies differ from those at the Royal Library. Unfortunately for the time being this will have to wait. 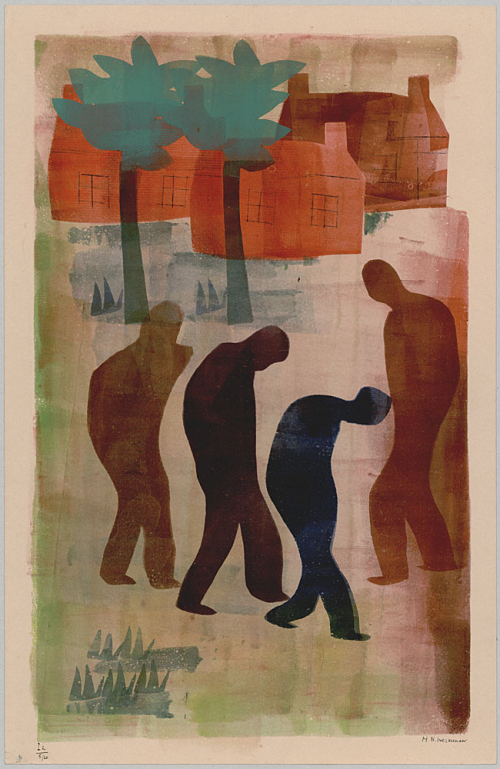 Suite 1, plate 2 from H.S. Werkman, Chassidische legenden [1942]. (Image from the website of the Dutch Royal Library)

With no access to our collections at the moment I refer to the webpages on Werkman on the Royal Library website for examples of images of his work. The Chassidische legenden (‘Hasidic Legends’) are among his most famous work. The British Library holds a facsimile edition of Werkman’s original of 1942/3 consisting of two sequences of ten loose druksels, each with the text of passages from Buber’s Die Legenden des Baalschem from the edition published in Berlin, 1932, in German, with F. R. A. Henkel’s commentary in Dutch. It was published in Haarlem in 1967 (C.160.c.15).

Later in 1945 a friend of Werkman’s, Willem Sandberg, then at the Stedelijk Museum Amsterdam held an exhibition about Werkman. Other exhibitions would follow, the latest one was held in 2015 at the Groningen Museum. 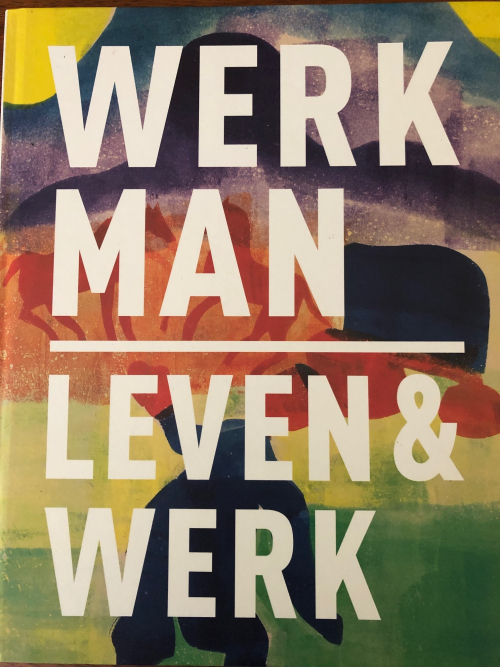 More on H.N. Werkman at the Royal Library, The Hague. https://www.kb.nl/themas/boekkunst-en-geillustreerde-boeken/de-blauwe-schuit-en-hn-werkman-1941-1944