We are delighted to announce that The British Library, in collaboration with The Department of History at Royal Holloway, is offering a fully-funded PhD studentship (fees and maintenance) on the theme: Caricatures from the Franco-Prussian War and the Paris Commune, 1870-71. The project will be co-supervised by Sophie Defrance and Teresa Vernon (British Library), and Robert Priest (Royal Holloway). 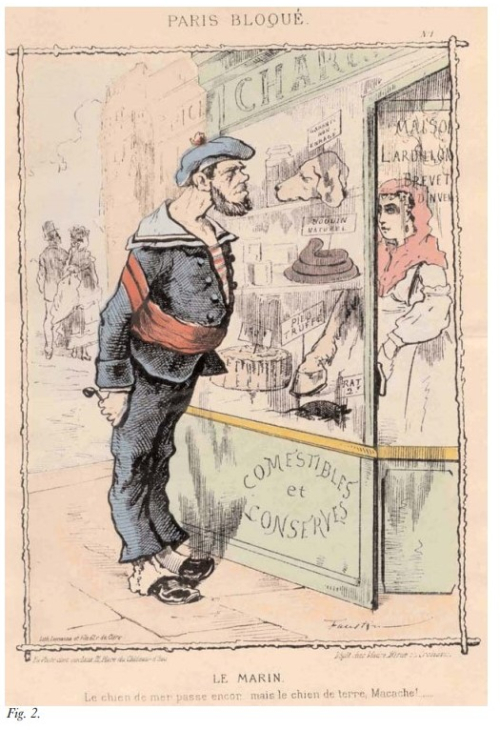 The British Library holds a world-class collection of (mostly) French and (some) German caricatures in three separate collections bound in 55 volumes. There is also a small number of war-themed Italian, Swedish and Dutch illustrations and caricatures. The successful student will develop a PhD project that draws on this rich resource of over 5,000 caricatures and images produced during the Franco-Prussian war and the Paris Commune. Part of the collection was discussed in two blog posts here and here.

This fascinating primary material represents a wealth of visual sources dealing with the War and the Commune. The caricatures, most of them coloured, touch on a wide variety of subjects, making fun of famous people and politicians, soldiers and civil populations. The project will add a new dimension to our understanding of several processes at key moments in French (and German) history: the development of French (and German) national identity, the creation of a modern popular culture, and the development of caricature as a medium. The forthcoming 150th anniversary of the Franco-Prussian war and the Paris Commune in 2020-21 offers us the chance to promote and foster scholarship based on an exceptional collection of visual primary sources. Students will be invited to propose a project that uses one or more of the following themes to bring this rich collection into a wider European context, such as ‘Prints as sources for a Franco-German history of 1870-1’ or ‘the international public for printed satire’. The project will also investigate the provenance and formation of the British Library’s collections: there are other known sets in the world, are in the V&A, Cambridge, Oxford, Heidelberg, Baton Rouge (Louisiana) and Minneapolis, and perhaps more to be discovered. 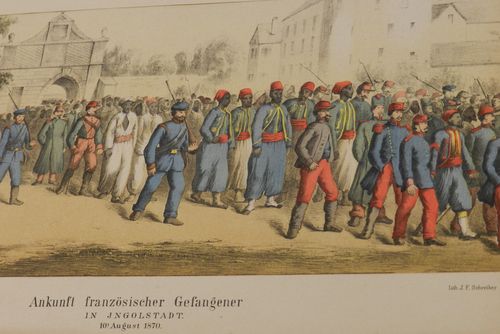 The project is part of the Arts and Humanities Research Council’s Collaborative Doctoral Partnership (CDP) scheme, which offers doctoral studentships as part of collaborations between a Higher Education Institution and an organisation in the museums, libraries, archives and heritage sector. The doctoral grant will cover fees and pay the student a stipend; the British Library will also provide a research allowance of up to £1,000 a year for agreed research-related costs. In addition to being able to draw on the researcher development opportunities and postgraduate community in both the Department of History and the Doctoral School at Royal Holloway, the successful student will become part of a vibrant cohort of collaborative doctoral researchers at the British Library, and benefit from staff-level access to its collections, resources and training programmes such as the Digital Scholarship Training Programme.

The deadline for applications is 5pm on Monday 4 May 2020. All applicants must have a good reading knowledge of French and meet the standard UKRI residency requirements for Training Grants. The successful student will be expected to begin on 1 October 2020.

For further details of the studentship, and the CDP programme, see the British Library Research Collaboration page or download the advert directly on the Royal Holloway website.

To discuss the project further, potential candidates are very welcome to contact Sophie Defrance (sophie.defrance@bl.uk) or Robert Priest (robert.priest@rhul.ac.uk) in advance of submitting an application.

Morna Daniels, ‘Caricatures from the Franco-Prussian War of 1870 and the Paris Commune’, Electronic British Library Journal, 2005.

Posted by European Studies at 3:24 PM