There is nothing more frustrating than being constantly told how successful you are, while deep inside you feel that you’ve never fulfilled your potential. At least, that’s how Alfons Mucha felt about himself.

Having been rejected by the Prague Academy of Arts (with the well-meant advice that he should look for a different career), Mucha persisted in his wish to become an artist. His resilience paid off: after his first poster of Sarah Bernhardt’s theatre performance was hung all over Paris, he became famous overnight. New commissions came in profusion, and brought a considerable income to Mucha, who spent his time designing beer, biscuit and cigarette adverts, theatre posters, and book and magazine illustrations. 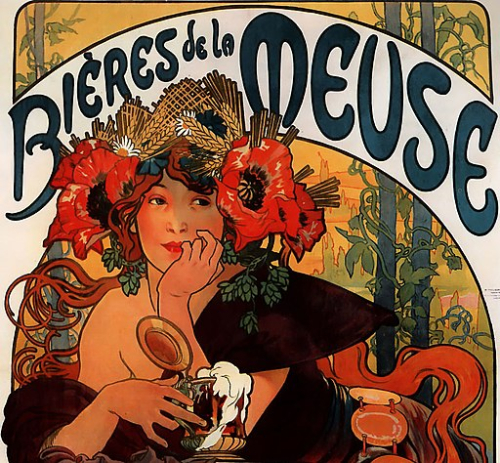 He worked constantly. When the Parisian publisher Henri Piazza commissioned Robert de Flers to write L’Ilsée, Princesse de Tripoli for Sarah Bernhardt, Mucha had only three months to prepare 134 illustrations before the date set for printing. He had to work on four lithographs at a time in order to meet the deadline. The edition turned out to be a great success and was subsequently reprinted in Czech and German. 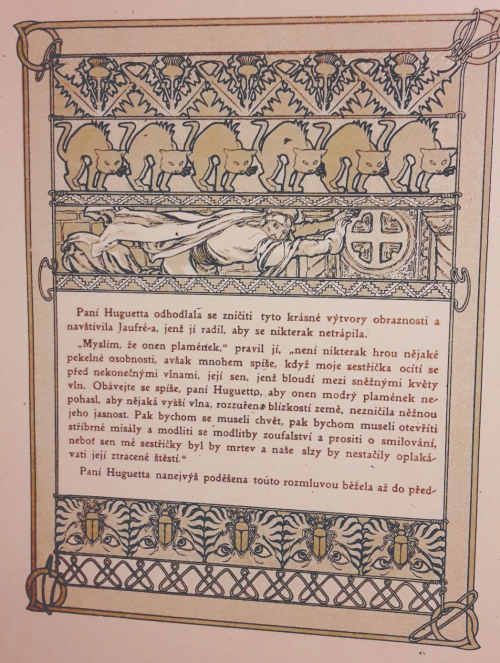 But while Mucha managed to achieve financial success and become a well-known figure within Art Nouveau, he felt that he was wasting his talent on trifling jobs carried out in a style for which he did not have much respect: “(…) I am crushed almost to blood by the cogwheels of this life, by this torrent which has got hold of me, robbing me of my time and forcing me to do things that are so alien to those I dream about.”

While his professional life revolved around commercial advertising, Mucha turned to mysticism. He joined the Parisian Masonic Lodge, became involved in conducting séances, and, just as he did in his personal life, he longed to devote himself to a spiritual task in his work. In 1899 Mucha embarked on a project that he considered worthy of him: being a devout Catholic, he set out to publish his own edition of the Lord’s Prayer, Otčenáš, in which every line of text was accompanied by a whole-page illustration and Mucha’s commentary. In Mucha’s edition, God is presented as a protective, maternal force and the whole work abounded in Masonic and cabalistic symbols. By rendering the content of each line of the prayer in the form of an image, he aimed to present humanity’s struggle to achieve a higher spiritual state. 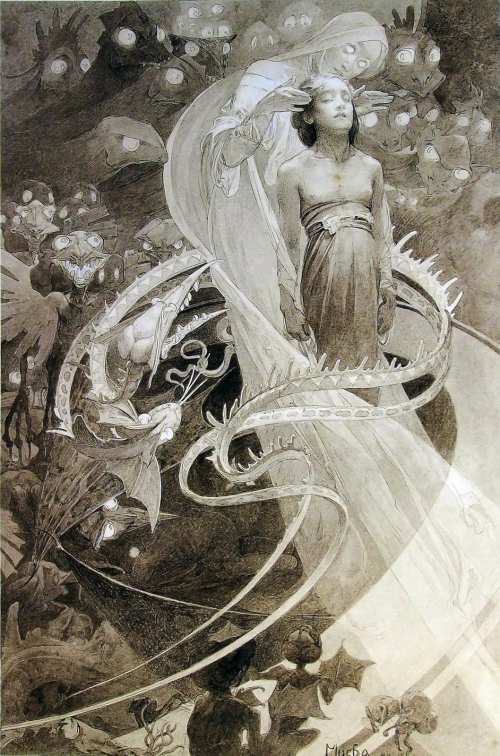 Illustration to “Lead us not into temptation” from Otčenáš (Prague, 1902) Cup.410.g.427. Wikimedia Commons 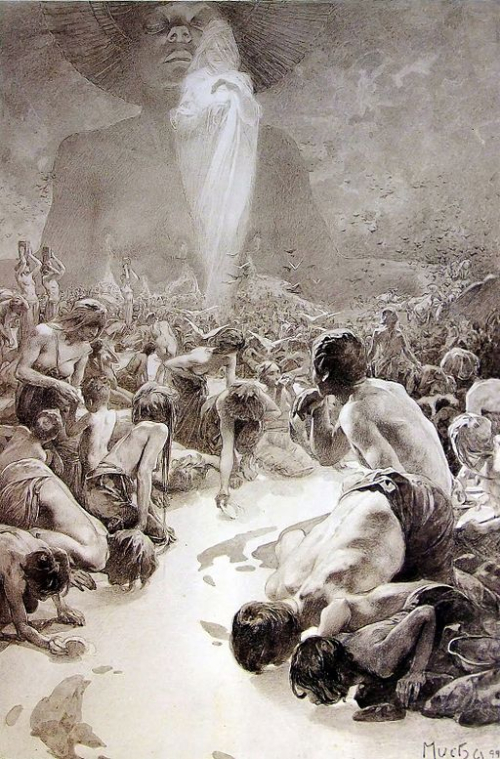 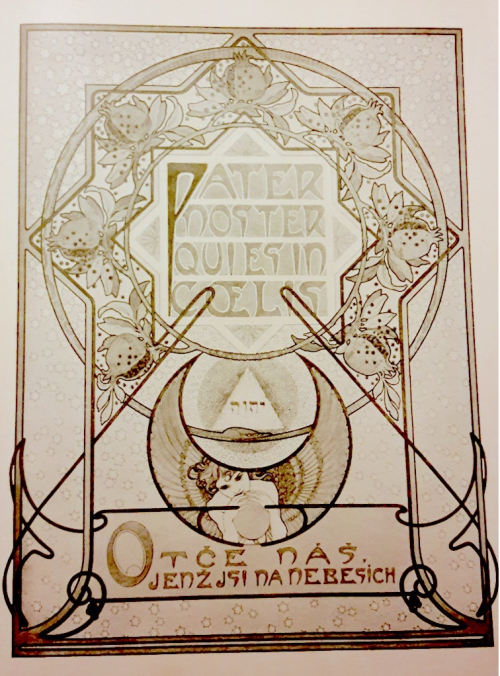 Page with “Hallowed be thy name” verse from Otčenáš

Mucha issued the book in only 510 copies and expressed a wish for it never to be published again. As he saw Otčenáš as his greatest printed masterpiece and an embodiment of his religious credo, he did not want it to become yet another mass-produced commercial enterprise.

“Alphonse Mucha and Ilsee, Princess of Tripoli”, available at https://davidbarnettgallery.com/experience-the-story-of-ilsee-princess-of-tripoli