“City of exiles”: Trieste and its authors

Trieste is a city of writers, and it celebrates them loudly. It was writers who developed the current mythology and image of the city, and it is profoundly grateful to them for creating an atmosphere of pleasant melancholy and regret that draws a certain kind of visitor to the place and fuels an endless series of newspaper articles about an Italian city that is not quite Italian, but which would be much less noticed if it were. 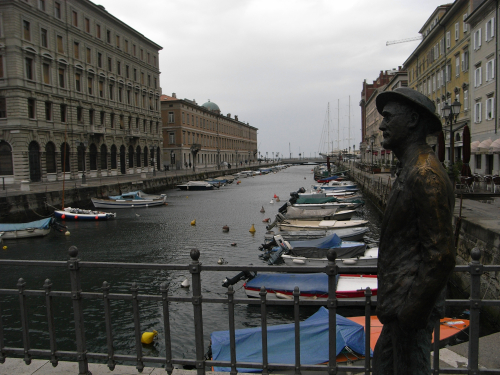 At first glance, it seems to be foreign writers who define Trieste. James Joyce is perhaps the most physically obvious, his statue overlooking the Grand Canal and his name emblazoned on the cafes he drank in. But it may be Jan Morris, the Welsh travel writer, who has contributed most to perceptions of Trieste itself in the Anglophone world. It is Morris for whom the city’s name evokes the word “tristesse” and whose travelogue fuses impressions of the gentle backwater that is modern Trieste with the angry, beleaguered city she first visited in the immediate post-war period, and with the grand, cosmopolitan port of the Habsburgs. 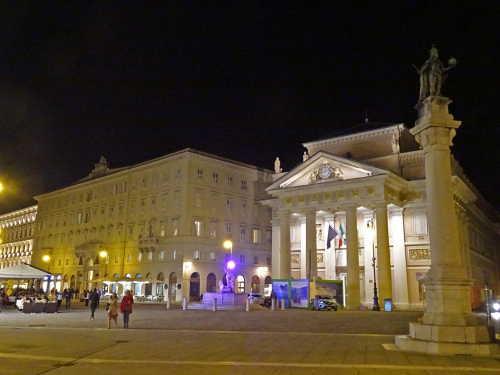 Habsburg Trieste. View of the Piazza della Borsa and the Borsa Vecchia, now the Chamber of Commerce of Trieste. Photograph: Janet Ashton

That foreign writers loom large tallies well with Trieste’s cosmopolitan demeanour: it is, after all, a port, a “city of exiles”, as Morris calls it, and one famously situated at the crossing point between Germanic, Slavic and Romance cultures as well.

Yet when it comes to its own native authors, Trieste long seemed to be under the sway of Italian nationalism. Italo Svevo, Umberto Saba – Italophone writers like these were the most noted literary offspring of the city. It was as if the city’s multiculturalism was more a boast than an integrated element of its own identity, and as it drew exiles from other nations it simultaneously exiled many of its own offspring in either a spiritual or a physical sense.

Trieste – along with Trento – was one of the Austrian cities symbolically most coveted by Italy in the years before the first world war. After its annexation in 1918, it became a living memorial to this fact, complete with museums of irredentism and the inevitable array of squares and street names commemorating dates or individuals important to the Italian state. A policy of suppression was adopted towards the German and Slovene languages. 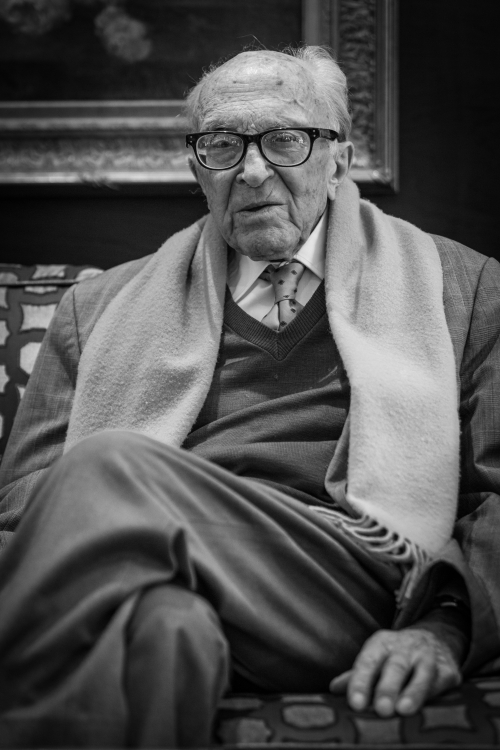 The best known of the writers who grew up in those years may currently be Boris Pahor, a 106-year-old Triestine Slovene, who is believed to be the oldest living survivor of a concentration camp. Pahor is also undoubtedly the only person alive who can recall the burning of the Slovene National Hall in Trieste in 1920, an event which now seems to mark the beginning of the Fascist period. For his own resistance to fascism, he was sent to internal exile in the city’s grim Risiera di San Sabba concentration camp, and from there to the several death camps he managed to survive. In 1946, Pahor returned to his native city and has remained there for most of his life since, but it is only in the last few years that it has begun to celebrate him as it does its Italian-speaking writers, holding public ceremonies in his honour and flagging his works in bookshops as those of a local author. Pahor is even beginning to be better known in the English-speaking world since appearing in a BBC documentary, though few of his works beside his renowned concentration camp memoir, Nekropola, known in English as Necropolis or Pilgrim among shadows, have yet been translated. 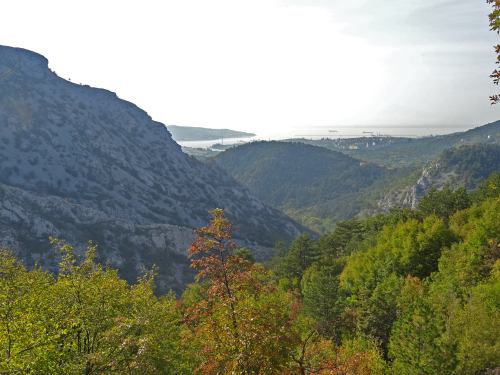 Jan Morris ruminates on the city’s relationship with the karst that surrounds it, characterising that harsh and stony territory where Slovene is the dominant language as a symbol of the “Slavic” wildness threatening the orderly Habsburg city. Even in the later visits she explores in her book, a border lay between town and countryside – not as impermeable as the Iron Curtain borders further east, but a border with troops and a different ideology on the far side nevertheless. But the image she evokes seems to me almost a reverse of the genuine relationship, in which the neat little farm houses and wineries of the karst provide a calm and safe retreat from the traffic noise and the mildly grubby streets below. 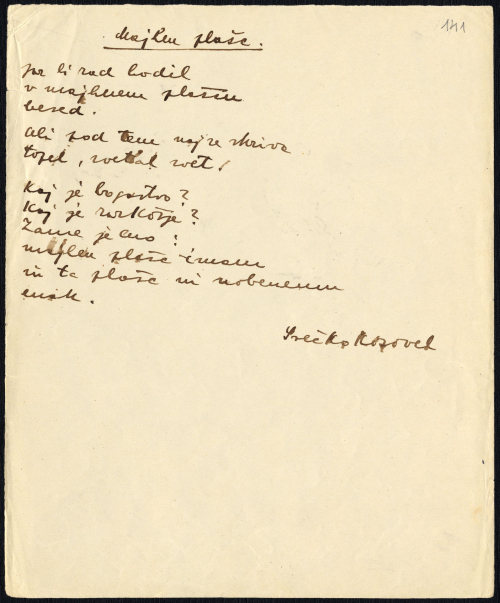 Manuscript of the poem Majhen plašč (A small coat) by Srečko Kosovel, 1926. From the Digital Library of Slovenia

Be this as it may, the city and countryside, with their topographical and linguistic contrasts, have always had an intense relationship that lends itself to literary metaphor. Srečko Kosovel, one of Slovenia’s most treasured national poets, was born in nearby Sežana in 1904 and received his cultural education at the doomed Slovene National Hall in Trieste. During the First World War trenches surrounded his home village Tomaj, marking his mental landscape as indelibly as did the natural features of the karst. After the war, the Treaty of Rapallo assigned the whole area to Italy. Kosovel moved to Ljubljana, now part of the new Kingdom of Yugoslavia, where he could at least speak his own language without repression, yet he soon felt alienated from the Serbian-dominated Yugoslavia as well. His poetry used the harsh scenery of the karst as a metaphor for his own loneliness and disorientation. His celebrated poem Majhen plašč (A small coat) is often read as a rumination on his need for a specifically Slovenian identity. He was actively associated with the earliest expressions of resistance of fascism, and this too appears in his work.

Kosovel died in 1926 from meningitis at the age of only 22. He has long been honoured in Slovenia, but it took until events marking the 90th anniversary of his death for him to gain much attention in Trieste. In 2019, there was much excitement and pleasure in the Slovene-speaking press when Patti Smith quoted him during her concert there, evoking him alongside Rainer Maria Rilke, whose Duino Elegies are one of the most famous works created there, as an emblem and child of the city.