Esperanto can be described as the language of hope, peace, and solidarity as Professor Renato Corsetti, General Secretary of the Academy of Esperanto has discussed in his previous posts for the European Studies blog. Hope remains the governing principle, as the name of the language attests (espero in Esperanto). 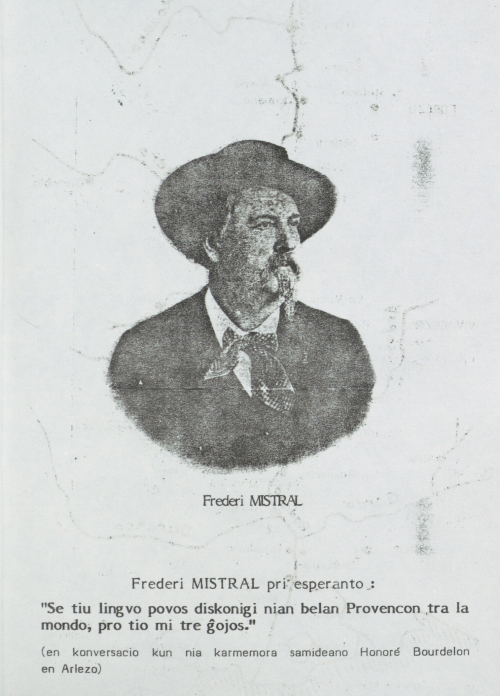 The gem of classic Provençal literature, Mirèio by Federic Mistral was translated into Esperanto (Mirejo) by Paul Champion and Eugène Noël in 1909. At the time Mistral was still active and Esperanto was still a new language. 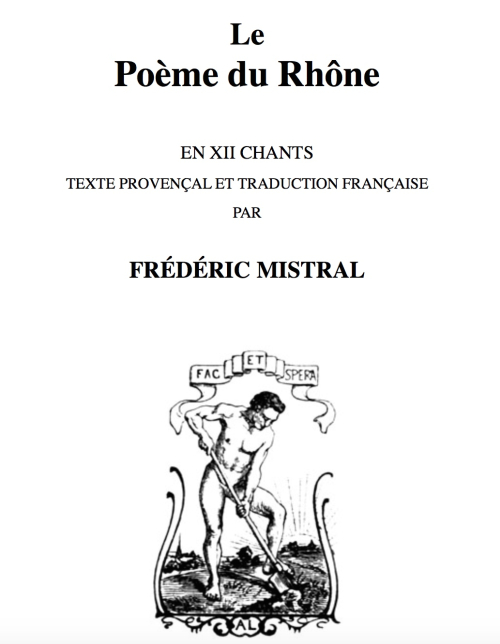 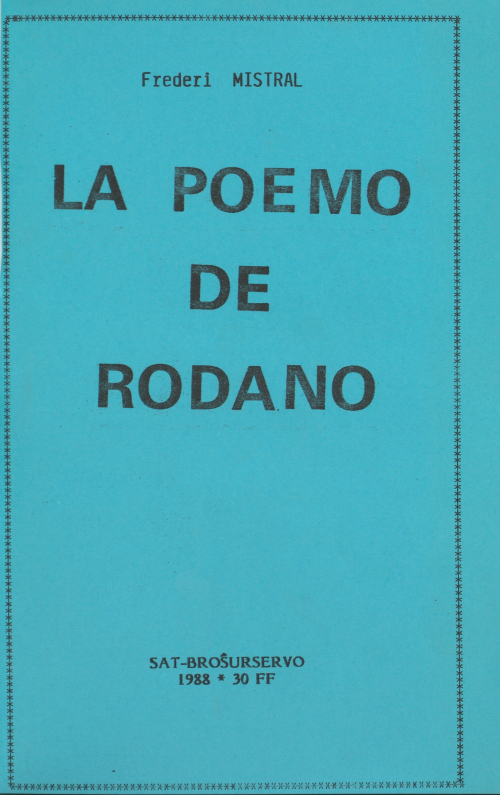 While the title implies the poem is about the river Rhône, it is actually about the river’s people, the bargemen, the Coundriéulen (Provençal), Condrillots (French). Fitting to a monumental opus, the bargemen are portrayed in the opening stanza as giants who can only be described by the beauty and strength of their natural environment, the river, the sun and the trees:

From Lyons at the blush of early dawn
The bargemen, masters of the Rhône, depart,
A robust band and brave, the Condrillots.
Upright upon their crafts of planks of fir,
The tan of sun and glint from glassy wave
Their visages have bronzed as with gold.
And in that day colossuses they were,
Big, corpulent, and strong as living oaks,
And moving beams about as we would straws. 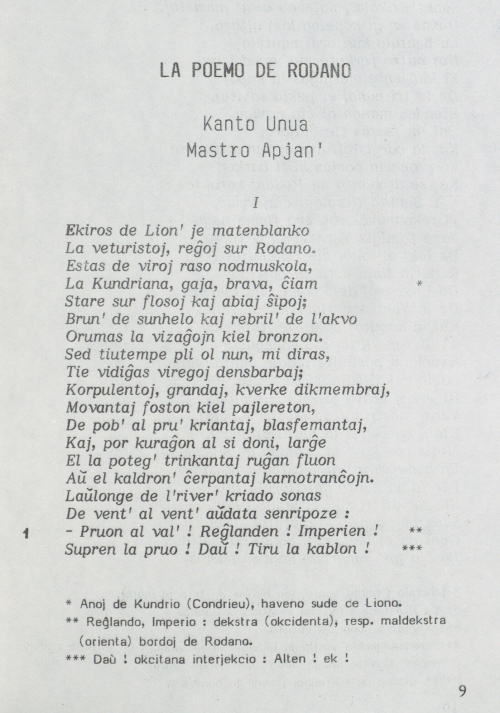 The beginning, however, foreshadows the end: the strength of these natural giants succumbs to a new era’s unnatural giants, the steamboats of industrialisation. It is a tragic story not only of the lovers on board but also for lovers of the past. Although the bargemen lose their barge, hauling horses and people on board, they keep their dignity. After an epic journey, literally and metaphorically, we can see them on the shore, saying not a word about their loss, but moving forward. A digitised copy of the original Provençal and French text is available via Project Gutenberg. 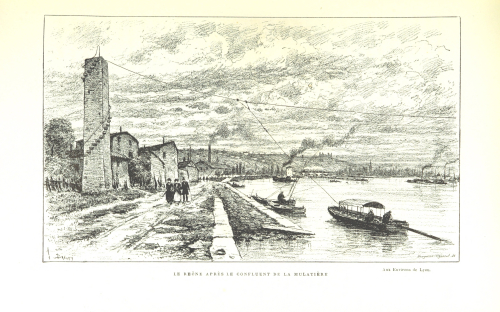 Mistral was more than a storyteller. His ambition was to revitalise Provençal, the language of southern France, particularly Provence. With his magnificent poetry Mistral connected the rough 19th-century bargemen and the better-known refined Provençal singers, the troubadours of the 12th and 14th centuries, and expressed his hope that the language would thrive, whoever its speakers came to be. 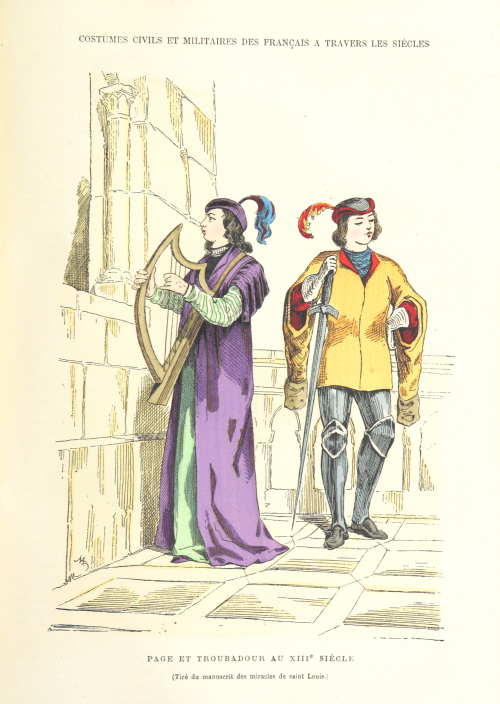 Today the surviving variants of Occitan and Provençal are designated as ‘definitely’ and ‘severely’ endangered languages according to UNESCO’s Interactive Atlas of the World’s Languages in Danger. 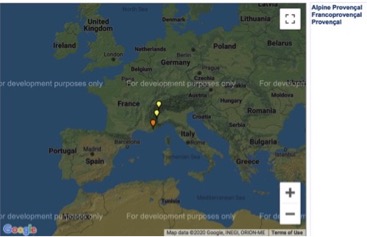 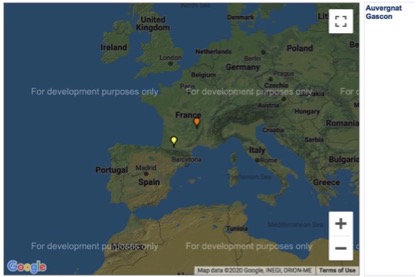 Inter-generational transmission is the most prominent of the nine factors considered in the designation.

Definitely endangered means ‘children no longer learn the language as mother tongue in the home’.

Severely endangered refers to a language which is ‘spoken by grandparents and older generations; while the parent generation may understand it, they do not speak it to children or among themselves’.

Keeping a language alive can take many forms, even in translation. For example, Jomo (Jean-Marc Leclerq), a French Esperantist promotes Occitan in songs.

The British Library’s Esperanto collection contains works translated from over 50 languages, including some in anthologies. The most translated languages, not surprisingly, are the larger ones: English, Russian, French, German and Polish, followed by Chinese, Czech, Hungarian, Italian, Dutch and Spanish, Swedish, Japanese, Bulgarian, Portuguese, Croatian, Serbian, Danish, and Romanian. The list is indicative of the languages spoken by the most active Esperantists. However, within the collection a special corpus is dedicated to translations of minority language literatures including Occitan, Provencal, Basque, Walloon, and Welsh.

Etnismo, an international organisation with an online newsletter, connects Esperantists who are interested in minority issues including minority languages.

Translators of minority and endangered language literatures into Esperanto often publish dictionaries as well. These are either embedded in the translated book as addendum or constitute stand-alone titles, for example: Basque-Esperanto dictionary (Bilbao, 2015; YF.2016.a.2481), and Catalan-Esperanto dictionary (Barcelona, 2014; YF.2015.a.22072).

So, why is it important to translate endangered language literature into Esperanto? By raising awareness of endangered languages and making their literature accessible to a larger readership through translations, Esperantists promote linguistic diversity. As Professor Renato Corsetti explains: ‘Esperantists think that all languages, large and small, are equally valuable, and Esperanto wants to contribute to the revitalization of all languages.’

We would like to thank Professor Corsetti for his generous assistance in acquiring images from La poemo del Rodano from the Esperanto Museum at the Austrian National Library, and Candide Simard and Phil Hatfield for their helpful suggestions.