This post is part of our ‘Inheritance Books’ series, where colleagues choose an ‘inherited' item that was already in the library when we started working here, and one that we have acquired or catalogued for our collections during our own time to ‘pass on’ to future users, visitors and colleagues, and explain why they’re important to us. Today, Barry Taylor, responsible for our Spanish and Portuguese collections, makes his selection.

I first encountered the book I ‘inherited’ on the reading list for my second year undergraduate course on medieval Spanish literature. The Waning of the Middle Ages: a Study of the Forms of Life, Thought, and Art in France and the Netherlands in the Fourteenth and Fifteenth Centuries by Johan Huizinga was translated from the Dutch of 1924 by F. Hopman (BL 09073.d.20.), so well you’d never know it was a translation. The college library copy was sparsely illustrated in black and white, but that was essential to Huizinga’s argument and an added attraction for me. (My Penguin edition (BL X.708/8266), bought years later, doesn’t have any pictures, which leaves me as disappointed as Alice.) The British Library, of course, holds a number of editions both in English and Dutch. 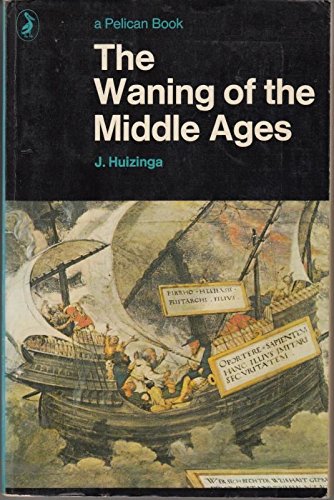 Huizinga explained, with plenty of quotations, themes such as courtly love, the attitude to death, and religion. One of his points which stayed with me was that medieval people were so familiar with everyday religious practices that they weren’t offended when these practices were played with by the poets who likened their lady love or the queen to the Virgin Mary.

It wasn’t until years later that I learned that Huizinga (1872-1945) was inspired in his multidisciplinary approach by seeing a big exhibition of medieval art. I also learned that he had been kicked out of his university job by the Nazis.

Why did our far-sighted teachers ask us to read him? After all, he wasn’t going to figure in an exam on medieval Spanish literature, was he? Except that he was everywhere. The glittering display culture of France and Burgundy was the model for court life in Spain. Only later did I read El Victorial, the life of Pero Niño (1378-1453), who attended such festivities in France. And I got a tick in the margin for mentioning in an essay the depiction of St Joseph as ‘Joseph le fou’ when noting the poor figure that the saint cuts in a medieval religious play. 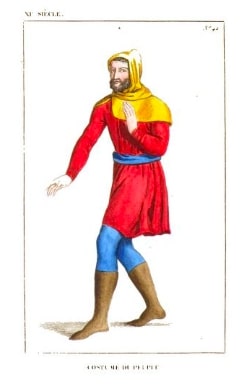 People are revisionist (i.e. sniffy) about Huizinga nowadays, and blame him for relying too much on chronicles (always gussied up for propaganda purposes) rather than archival documents (dull but worthy). But his appeal was that he was a cultural historian avant la lettre. Critics are also quick to point out that ‘Waning’ in the English is ‘Autumn’ in the Dutch and pretty much all other translations, signifying autumn fruits.

The Waning of the Middle Ages obviously doesn’t feel now like the book I read at 19, but it made me a medievalist in my heart if not in my tights. 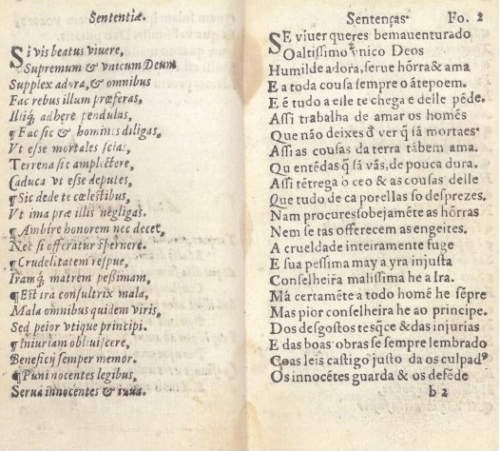 The book I can pass on is a volume of Latin poetry by Diogo de Teive, in Latin Jacobus Tevius (1513 x 1515 – 1565 x 1579). I’d been working on proverbs and sententiae (the more learned type of proverb) and also on bilingual editions. I knew as a frustrated researcher that Tevius’s book included some sententiae of his own devising, with a facing Portuguese translation. There were also epithalamia on the marriages of various noble houses. I also knew it was nowhere to be found in a complete copy, so when this edition appeared in a bookseller’s catalogue I jumped at it. I catalogued it and wrote it up promptly (hem hem) and it was quickly picked up in an Oxford thesis.

Tevius (rather like Huizinga) lived at a turning-point in history. At the beginning of his career the Portuguese universities were recruiting actively all over Europe, bringing in distinguished professors like the Scot George Buchanan. King John III invited Erasmus, but he wouldn’t be tempted. Not long after the tide turned: in came the Jesuits and that was the end of international Latin culture in Portugal.