This post is part of our 'Inheritance Books' series, where colleagues choose an 'inherited' item that was already in the library when we started working here, and one that we have acquired or catalogued for our collections during our own time to 'pass on' to future users, visitors and colleagues, and explain why they're important to us. This week, Janet Ashton, West European Cataloguing Team Manager, explains her two choices.

My job as team manager to the West European cataloguers focuses on the languages I’ve studied the longest and spoken most often, but my personal interests extend much further across the collections. In common, I suspect, with my colleagues, I had a real struggle to come up with just two items for this blog, and the “inherited” one proved especially difficult. 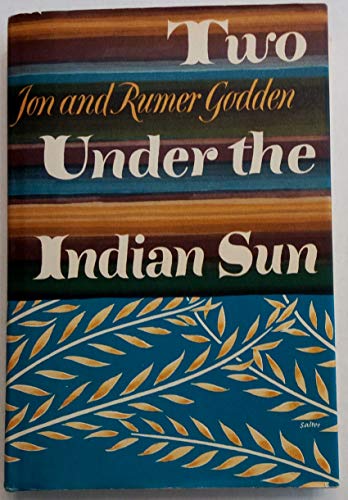 I could have chosen any one of a number of children’s books that inspired a love of reading or a curiosity about certain themes. I could have picked an obscure primary source I have used in my own research, and of which the Library holds the only copy. In the end, however, I opted for a commercially published, Legal Deposit item that made a mark on me very early in life, although it’s not a children’s book: Two under the Indian Sun by Jon and Rumer Godden.

This book is the sister novelists’ memoir of their childhood in India during the First World War. Growing up as an expatriate child in Sudan in the 1970s and 80s, I recognised many elements of their experience, from the annoyance of prickly heat behind the knees, through the whir of electric fans, to the surreptitious pleasure of a cold bottle of a fizzy soft drink, stolen from parents’ supplies while they took their rest in the heat of the afternoon and the wakeful children sneaked around engaging in forbidden pleasures. The sights and smells of the market, the curious nostalgia for a UK that could never live up to expectation when one returned, and the colonial grandeur of the “Club” whose library furnished so much of the available reading material – all were familiar to me. It was Khartoum’s Sudan Club (actually the British Club) which provided me with the first copy I knew of this book, along with much more mildly old-fashioned reading matter – and of course the BL has one too. From a world in which new and needed books were quite hard to come by, I moved eventually to a job that allowed me easy access to the whole of the world’s knowledge. What remained was an enduring pleasure in travel literature and rich description of hot places and times past. 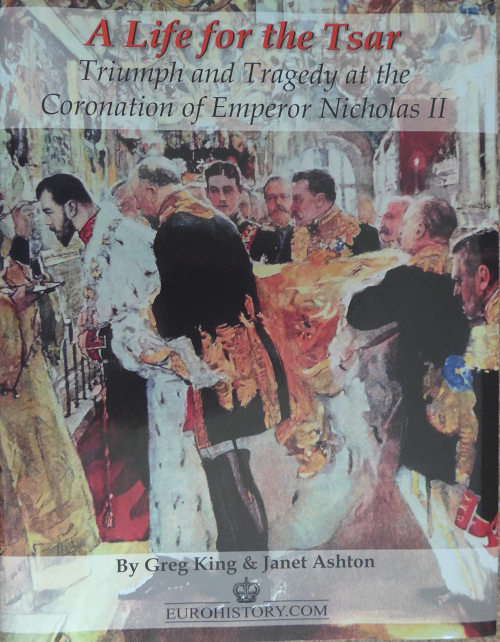 The item I’m pleased to pass on is one that draws hugely on the BL’s resources, and for that reason I make no apology for mentioning my own book, co-written with my friend Greg King: A life for the Tsar. This is a US publication, not eligible for legal deposit, so I donated a copy – another one of the most usual routes by which items arrive at the BL. It’s the story of the disastrous coronation of Russia’s last Emperor, at which several thousand peasants were killed or seriously injured while queuing for coronation mugs, permanently damaging the image of both Tsar and regime. The tragic event seemed an inversion of Glinka’s classic coronation opera, in which a peasant willingly dies to save his future Tsar, leading to a reign of glory, and for that reason and others we chose re-use Glinka’s title. We based the book on innumerable British Library resources, from the official coronation albums (works of extraordinary detail and sumptuousness that were presented to all official guests) through well-known studies of the reign and contemporary newspaper accounts to obscure self-published memoirs written by those who attended. And then of course we supplemented these with manuscript and other material from other archives too. Our publisher supplied some remarkable photographs to complement our own personal collections, and worked them into a format that sought to echo that of the original album, with page decorations and inset images. The resulting book has all of our favourite things: it’s very pretty as an object, and it is full of accounts of wonderful architecture and costume, cultural history (especially of travel and of the press), real farce and in-fighting among the great and good, with a deeply serious dose of high politics as well. We are proud to have a copy in the Library for perpetuity and hope that readers enjoy it as much as they find it useful.