As we prepare to celebrate the 300th anniversary tomorrow of the birth of Gilbert White, whose Natural History and Antiquities of Selborne has proved so popular that it has never been out of print since its first appearance in 1789, we may wonder whether a similar figure – both priest and naturalist – ever emerged in Bohemia. In fact, there is a close parallel in his nearly exact contemporary, Aleš Pařízek, whose accomplishments ranged from composing and performing music to drawing, painting and illustrating some of his own books. 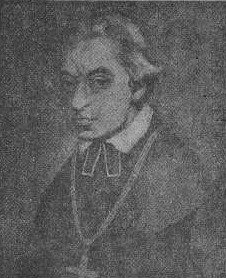 Pařízek was born on 10 November 1748. Although his parents were not wealthy, he received a good education, and in 1765, aged 17, he entered the Dominican order and was ordained to the priesthood in 1771, serving in Prague as a confessor, preacher and monastery librarian.

When a new teacher training college was established in Prague he studied the Socratic method, attended lectures on pedagogics, and was appointed to conduct catechism classes at the parish school of St. Aegidius. He subsequently taught history, calligraphy and natural history at the college, and in 1783 became head of a new high school in Klatovy. By the time of his death on 15 April 1822, he had risen to become dean of the faculty of theology at the University of Prague. His works in both Czech and German include a book of prayers in Czech for children (1789) a concise history of the world for young readers (1782), handbooks on religious education for parents and teachers, and a manual of Czech orthography for schools in Bohemia (1812). Here, however, we consider the Kurzgefaßte Naturgeschichte Böhmens, zum Gebrauch der Jugend (‘Concise Natural History of Bohemia, for the Use of the Young’), published in 1784, of which the British Library possesses a first edition. 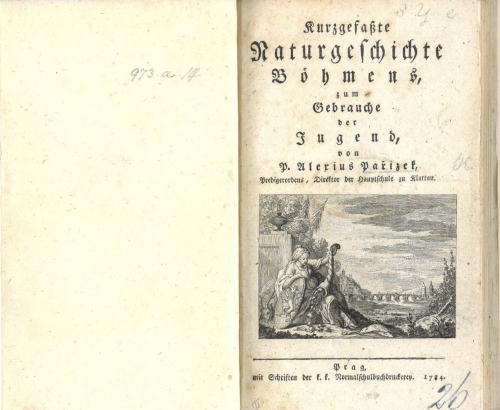 Pařízek explains in the preface that his aims are twofold: to provide young people with information which may be of practical use in their future careers, but also to inspire them with wonder at God’s creation and the natural history of their homeland (the word ‘patriotic’ frequently recurs).

From the outset Pařízek emphasises that this is not a work of scholarship, and that details of specific types of teeth and claws, for example, would only render it dry and tedious. It is divided into three sections on the minerals, plants and animal life of Bohemia, with an appendix on a creature found far beyond its borders – man – noting the similarities between humans and other living creatures. In keeping with his intentions, Pařízek explains the useful properties of different types of minerals, plants and timber, possibly foreseeing that his juvenile audience might adopt careers as mining engineers or physicians.

As the book was written in German, it seems likely that it was aimed at the educated middle classes, and this may explain a curious feature of the third section, in which domestic animals are given much more coverage than the wildlife of Bohemia. Presumably, Pařízek was envisaging his readers becoming estate managers or gentleman farmers; he devotes considerable amounts of space to diseases which may affect livestock, explaining that poor husbandry is generally to blame (keeping animals in dirty stables and sties, or driving cattle to pasture when the ground is frozen), rather than the activities of witches and suchlike, as ‘foolish and superstitious’ people believe. His statements are supported by practical observation, but his scientific objectivity is not always unblemished. While he devotes a lengthy paragraph to the praises of the faithful dog, ‘almost indispensable to the household’, he dismisses the cat in a mere four lines, stating that although it is ‘crafty, cunning and false’, it is useful for driving away mice, rats and toads. Clearly Pařízek was no cat-lover. 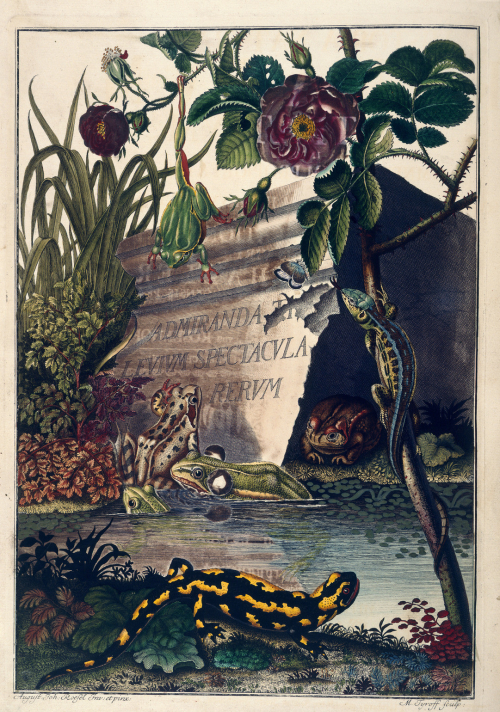 Turning to wild animals, Pařízek describes many species which are still found in the region today or, like the lynx, are making a comeback. He notes that the bear is usually peaceable except when disturbed, and that the wolf, though so fierce that sometimes it does not even spare human beings, normally only shows itself in especially harsh winters. Plentiful details are provided of ‘red game’ (various species of deer) and ‘black game’ (boar), and the reserves where they are protected for hunting purposes. Birds, fish and insects are similarly described, and if we might raise an eyebrow at the lip-smacking relish with which the author evokes the ‘delicious’ or ‘extremely tasty’ nature of certain types of fish such as salmon or trout, this may be forgiven when we recall that as a devout Catholic he would have consumed these regularly on Fridays or fast-days.

His awe and reverence for God’s creatures, however, appears limited when he considers certain amphibians. Describing the toad (included in the section on quadrupeds), he dismisses it as ‘much uglier than the frog’, covered with yellow and green warts and spots all over its body. The equally luckless frog is ‘a small, naked amphibious creature, of a somewhat disgusting appearance’, although he comments that, unlike toads, ‘some of them are eaten by us’.

Yet even these less appealing beings have one attribute which might startle many theologians – a soul. Although man is ‘the masterpiece of creation, and the noblest and most splendid creature on the whole earth’, he shares an immortal soul with other living creatures, distinguished only by the fact that while the human soul is endowed with reason, those of animals are not. They do, however, have the power to feel emotions such as affection, sorrow and pain, and the underlying message to the young reader is that all sentient beings deserve humane and respectful treatment.

Just four years before Pařízek’s death, the National Museum in Prague had opened its doors, displaying magnificent collections of mineral, plant and animal specimens as well as antiquities, coins and medals. We may imagine how many visitors, and possibly contributors, had first had their love of natural history kindled by reading Pařízek’s little book.