This post is the first in a series published to commemorate the 40th anniversary of the birth of the Solidarity movement in Poland on 31 August 1980.

In July 1980, a wave of strikes swept over Poland in response to the increased food and other goods prices set by the government. On 14 August a strike broke out at the Lenin Shipyard in Gdańsk as a reaction to the sacking of Anna Walentynowicz, a crane operator, for her participation in an illegal trade union. The former shipyard electrician, Lech Wałęsa, also dismissed for his trade union activities four years earlier, took his famous leap over the shipyard fence to lead the strike. The workers demanded labour law reforms, respect for human rights and increased wages.

The strike quickly spread to other enterprises in Gdańsk and a few days later the Inter-factory Strike Committee (Międzyzakładowy Komitet Strajkowy) was formed with Wałęsa as its head. The Committee drew up and presented the government with a list of 21 demands, including the right to organise independent trade unions, a guarantee of freedom of speech, the release of political prisoners and the right to strike. They went far beyond the scope of usual workers’ demands. Tough negotiations between the striking shipyard workers and a government commission, which lasted for eight long days, resulted in the signing of the accord, known as the Gdańsk Agreement, on 31 August. This led to the creation of the first independent trade union in the communist bloc. 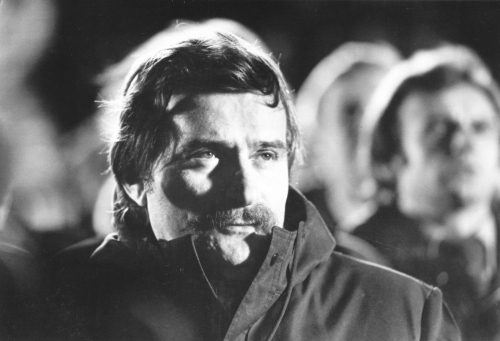 Underground publishing began in Poland in 1976, and the network of independent publishers, printing facilities and distribution was well established before August 1980. Unsurprisingly, illegal publications were also being issued in the striking factories during the summer unrest of 1980. In the Gdańsk Shipyard, the Strajkowy Biuletyn Informacyjny Solidarność (Solidarity Strike Information Bulletin) began publication on 23 August. The bulletin became the official journal of the striking shipyard workers, openly produced and uncensored. It contained reports on the current strike situation and the progress of negotiations with the authorities. It also included texts of official documents and statements, strike poems, interviews and reportages. But above all, it stimulated the spirit of the strikers. The daily circulation reached approximately 40,000 copies. A spontaneous general strike embracing almost the entire working population of the country in solidarity with the striking workers in the Gdańsk Shipyard inspired the editors to come up with the idea of “Solidarity” for the title of the bulletin. The last issue, no. 13, was published on 31 August and included the text of the agreement and the statue of the newly established Independent Self-Governing Trade Union Solidarity. 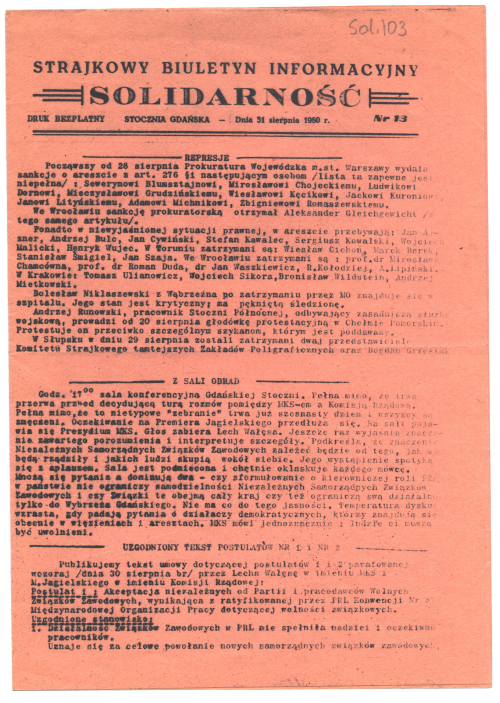 The Twenty-One Demands of August 1980 are included in the UNESCO’s World Heritage List as one of 20th-century’s documents of particular political importance.

The demands initiated a process which culminated in the collapse of communism in Europe in 1989. Solidarity, created as a result of the Gdańsk Agreement, is not only the name of a trade union and a massive social movement with nearly ten million members but also serves as the symbol of a European peace revolution.