“I am as happy as a cow with seven udders”, was Marieke Lucas Rijnevelt’s reaction to the announcement that they (Rijnevelt’s preferred pronoun) and translator Michele Hutchison had won this year’s International Booker Prize for The Discomfort of Evening (London, 2020; DRT ELD.DS.490780), a translation of their debut novel De Avond is Ongemak. 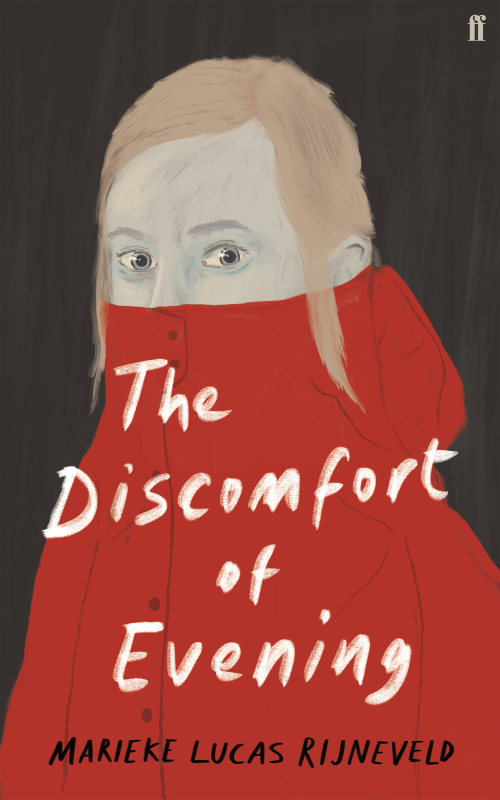 Front cover of The Discomfort of Evening

Well, that got everybody’s attention. It may-be a less surprising remark when you know that Rijnevelt is a dairy farmer as well as a writer.

This year’s International Booker is one of ‘firsts’: the first win for a Dutch novel, by the youngest winner ever, for their first novel. Not bad going.

The comment caused as much a stir in the media as the book itself. Ted Hodgkinson, the chair of the jury, said of the book that it is “shocking” and “absolutely arrests your attention” (The Guardian 26/8), “not a book you can sit back from”. Rijneveld doesn’t pull any punches when it comes to telling the story of how a deeply religious farming family deals (or not) with the death of their young son in an accident. The story is told through the eyes of one of the daughters, who is ten when the accident happens and nearly twelve when the book ends. The book is based on Rijneveld’s own loss of a sibling in their childhood. They always knew they had to write a book about it. That became De Avond is Ongemak which became The Discomfort of Evening. Critics are full of admiration; calling the book visceral and virtuoso in its language, the best debut they ever read, and so on.

The International Booker Prize is equally divided between the author and translator. Michele Hutchison is one of the top translators of Dutch literature. She has translated works by Esther Gerritsen and Tom Lanoye, and she was one of the translators in the Frisian literary anthology Swallows and Floating Horses (London, 2018; YC.2019.a.5165)

Her translation of the winning novel opens up the claustrophobic, isolated world Rijneveld conjured up so well in the Dutch version with an immediacy and totality seldom seen in translations.

I look forward to reading both versions: the English, and the Dutch, once the latter has a shelfmark. The book was received at the end of March, just after the Library closed due to COVID-19. It may yet take a while before it gets to the shelves, but meanwhile I’ll entertain myself with the English, digital version. It will be udder delight!

Posted by European Studies at 11:46 AM