Gutenberg Anniversaries - not all that they seem?

The date of 24 August is often claimed as the anniversary of the Gutenberg Bible, the first European book printed with moveable type. The date is not in fact the anniversary of the printing being completed, but is based on a rubricator’s  inscription of 24 August 1456 in a copy of the Bible held by the French National Library. It’s the earliest dated evidence of a complete copy being in existence, but obviously made when the rubrication was completed rather than the printing (thought to be the previous year). But it’s become well established as a date to commemorate the Bible’s completion. 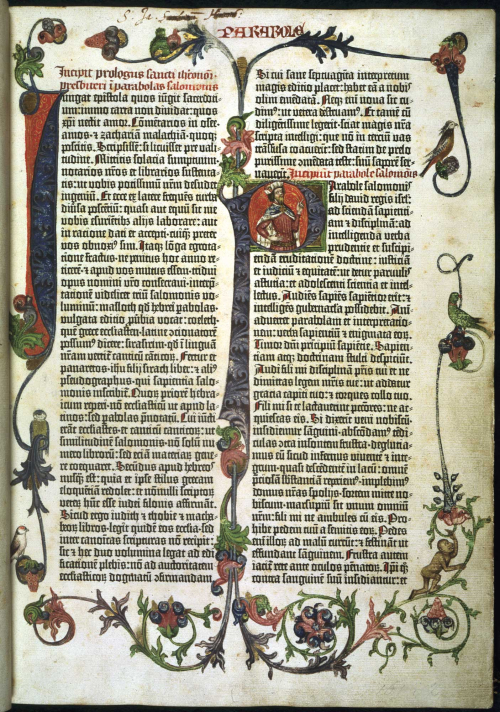 In fact this is not the only anniversary date connected with Gutenberg that is somewhat tenuous. Few exact dates in  Gutenberg’s life (and little precise chronology of the Bible’s printing) are definitely known. However, since the 16th century, various years have been chosen and commemorated as Gutenberg anniversaries, and the two most common (1400 and 1440) are based on guesswork.

The most frequently commemorated Gutenberg date is 1440, claimed as the anniversary of the invention of the printing press. This is based on documents from a legal case brought against Gutenberg in 1439 in Strasbourg, which implied that he was working on some new innovation and used terminology similar to that later used to describe parts of the printing process. But it is not until the early 1450s that we have any evidence of Gutenberg, back in his native Mainz, actually producing printed texts. 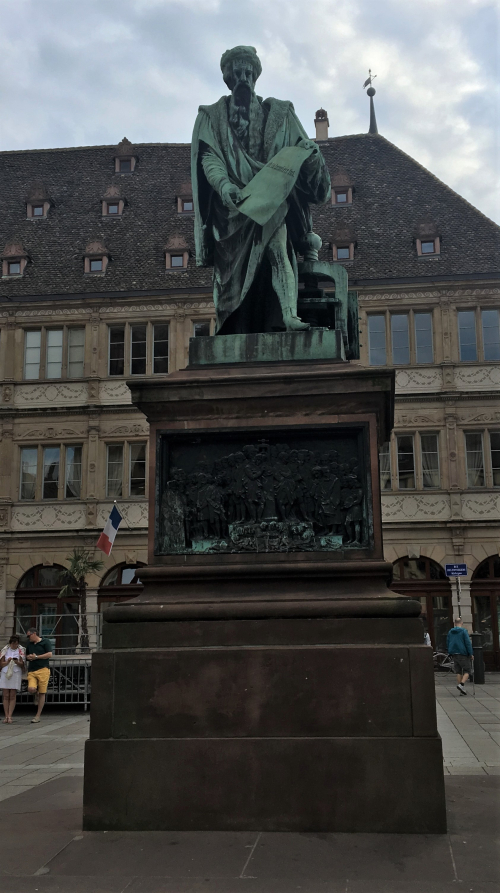 Statue of Gutenberg in Strasbourg, erected in 1840 to commemorate the ‘400th anniversary’ of the printing press (Photograph: Susan Reed)

Nonetheless, 1440 was the anniversary date that stuck. As early as 1540 the printer Hans Lufft of Wittenberg is said to have held a commemorative feast, although no primary evidence of this survives. A Latin poem published in 1541 has been described as the first Gutenberg centenary publication, but can only claim the title by default since the author, Johannes Arnoldus doesn’t actually mention an anniversary, stating that a visit to Mainz inspired his work. He calls the printing press a new wonder of the world, and praises Gutenberg and his colleagues Johann Fust and Peter Schöffer as divinely inspired. 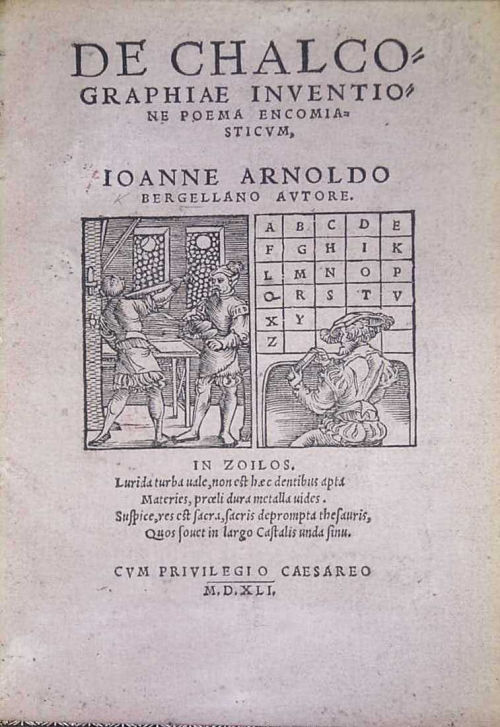 In 1640 a handful of scholars and printers produced celebratory publications for the bicentenary of printing. One such was Bernardus Mallinckrodt, apparently the first writer to use the term ‘incunabula’, from the Latin word for cradle, to refer to books from the ‘infancy’ of printing’, now used for western books printed before 1501. 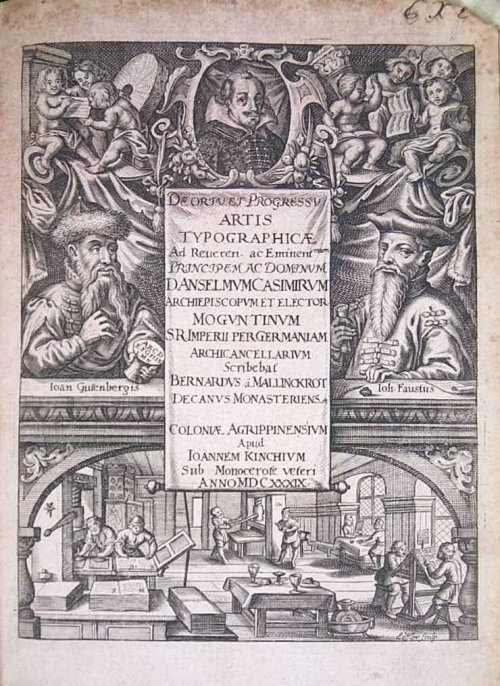 Mallinckrodt’s chief aim was to defend Gutenberg’s reputation as the inventor of printing against Dutch claims that Laurens Janszoon Coster of Haarlem had first perfected the art. This debate continued for generations, becoming particularly fierce in the 19th century. It even inspired a play, staged in London in 1856, which depicted Gutenberg’s ‘theft’ of Coster’s idea.

Playbill advertising The First Printer, a play by Tom Taylor and Charles Reade, as performed at the Princess’s Theatre in March 1856 (Playbills 161)

In the Netherlands Coster was long celebrated as the inventor of printing, with 1428 commemorated as the date of his breakthrough. The modern consensus has come down in favour of Gutenberg, and contemporary debates focus more on whether or not knowledge of older East Asian printing technologies influenced developments in Europe. 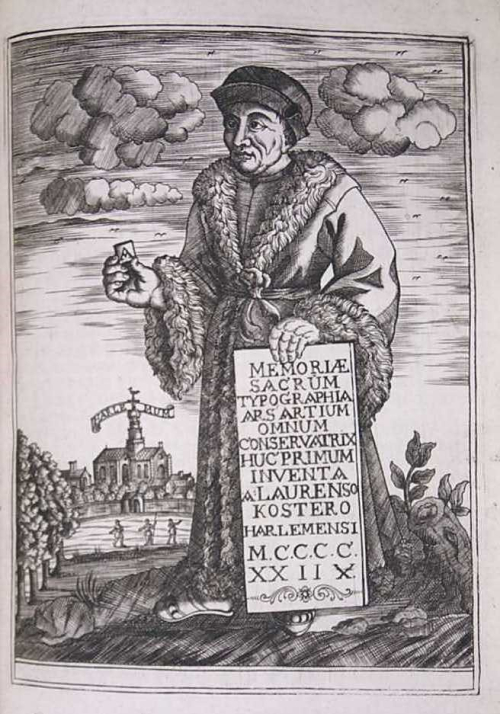 1740 saw anniversary festivities in many German towns, usually organised by local printers and booksellers, but also involving scholars and clerics, whose lectures, speeches and sermons accompanied more entertaining events such as processions and firework displays. These celebrations often emphasised the role of printing in spreading Christianity. In a work commemorating the celebrations in Wernigerode, the printer Michael Anton Struck proudly claims to have printed 50,000 Bibles in 40 years. 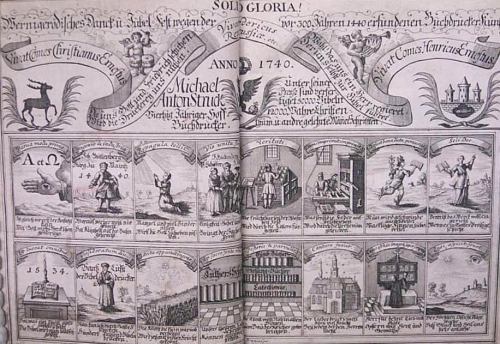 In the 16th-18th centuries, Gutenberg commemorations emphasised the invention of printing more than the inventor. Gutenberg was praised, but there was little interest in his character or motivation. 19th-century Romantic notions of the hero were among the factors that helped move Gutenberg himself into the limelight in 1840. For the first time, fictional and dramatic portrayals of his life and work were presented, as well as biographies aimed at a wider popular audience.

The Gutenberg of 1840 appeared in many different guises, often with a particular political colour. To some he was still the man who had brought God’s word to the masses and facilitated the Reformation. To others, and particularly to radicals who used the anniversary to call for freedom of the press, he was a more secular apostle of enlightenment, pushing aside mediaeval darkness and superstition, and creating a technology to unite the peoples of the world. 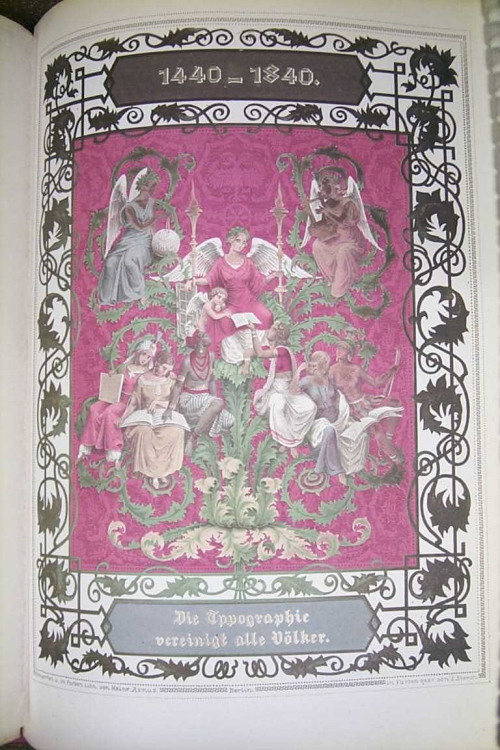 1900 saw the first major celebrations of Gutenberg’s supposed birth date (as determined in the previous decade) of 1400. By this time Germany had become a strong unified state and the emphasis was more on Gutenberg as national hero. A spectacular pageant in Mainz placed him and his achievement in the specific context of German culture and history alongside figures such as Luther, Goethe, Schiller and Frederick the Great. 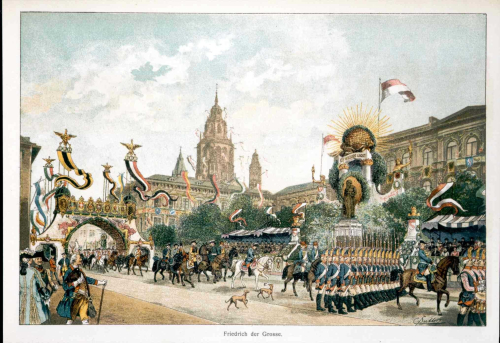 Frederick the Great and his army as depicted in the 1900 celebration pageant, marching past the Gutenberg Statue in Mainz. From, Gutenberg-Feier, Mainz 1900: Offizielle Darstellung des historischen Festzuges ... (Mainz, 1900) 1858.a.6.

With the advent of cheap mass-production, popular souvenirs such as postcards, ornaments and pictures were another feature of the 1900 celebrations. However, the anniversary also gave rise to a number of serious scholarly publications on the early history of printing which had become an important area of research in the previous century.

The idea of celebrating Gutenberg as a German hero was, of course, taken to extremes by the National Socialist regime, which instituted annual ‘Gutenberg Celebration Weeks’ in Mainz. However, with the country at war, plans for grandiose celebrations in 1940 were replaced by more modest events. It was among academics and bibliographers in the USA that the anniversary received perhaps the most attention. Their serious studies of early printing were complemented by humorous offerings such as M.B. Cary’s The Missing Gutenberg Wood Blocks (New York, 1940; 12332.bb.15.), purporting to be newly-discovered 15th-century illustrations of Gutenberg’s early life and work, and A.W. Rushmore’s ‘The Mainz Diary’, which portrays Gutenberg’s wife as the true inventor of the press. 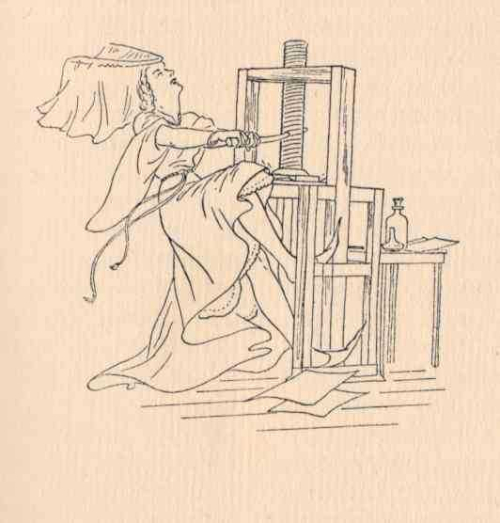 It was not until 1968 that Gutenberg was commemorated on a verifiable historical date: the 500th anniversary of his death. Wider commemorations were held for his ‘600th birthday’ in 2000, again with a mixture of scholarly and more frivolous activities. Alongside exhibitions, conferences, and printed and digital facsimiles, there were new fictional retellings of Gutenberg’s life, and such souvenirs as Gutenberg chocolates and candles.

It will be interesting to see if 2040 is marked as the 600th anniversary of western printing. It wouldn’t necessarily be historically accurate, but it would continue centuries of tradition. As for today, 24 August, surely even the most hard-nosed pedant can at least say, ‘Happy anniversary of a Gutenberg Bible rubricator laying down his pen’. After all, he too was making history in his own way.