The City of Rijeka: European Capital of Culture

Rijeka (Croatia) and Galway (Ireland) are the joint European Capitals of Culture in 2020. Rijeka (in Italian Fiume) is one of the most important cities in Croatia, the largest port, and  a cultural, educational and scientific centre. It is a major Croatian publishing centre and the seat of the University founded in 1973. Geographically and culturally Rijeka and the Bay of Kvarner connect the Istrian peninsula with mainland Croatia. 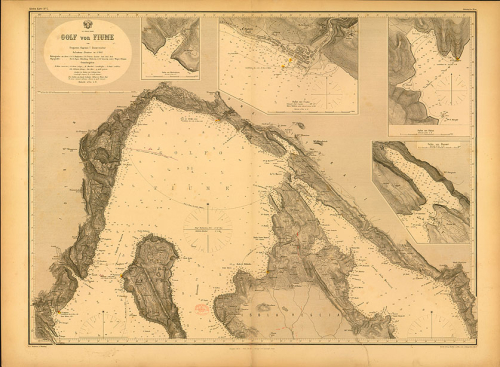 To mark the first Croatian European Capital of Culture, and to showcase some rare items from the British Library Croatian collections, we team up with a Library user, Marko Grba a poet and PhD student at the University of Rijeka. Coincidentally, he has the same surname and initials as the curator of Southeast European collections in the Library.

Rijeka’s cultural programme motto is “Port of Diversity”, and in this blog post we will try to revive the memory of the people, events, tradition, identity and culture that created the city and this region. To highlight a succession of eras in this beautiful city and the surrounding Bay of Kvarner we are presenting, in addition to the selected collection items, a poem in Croatian and in its English translation by the poet, together with a selection of personal photographs taken recently. 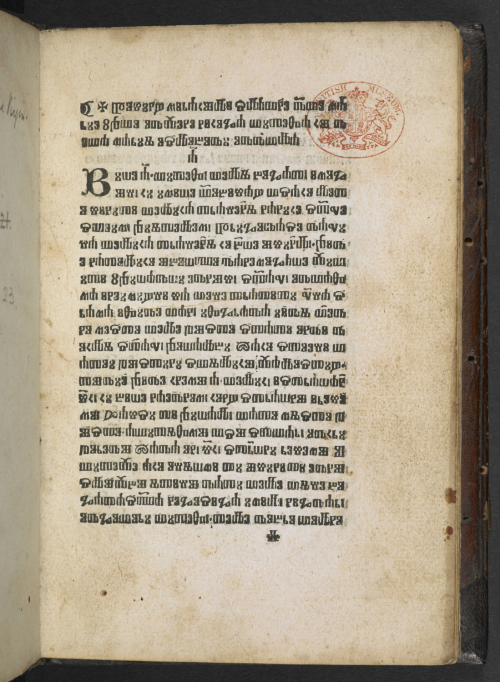 This book is a translation from Miracoli della gloriosa Vergine Maria and other popular religious works of the period. It is the last of at least seven Glagolitic books from the Senj press, printed there between 1494 and 1508. A digital copy is available from the Digital Library of the Croatian Academy in Zagreb.

The printer of this early Glagolitic book was Grgur Senjanin, the first known printer in Croatia, who printed the Glagolitic Missal (1494), among other books, in the Senj printing press founded by Silvestar Bedričić. The British Library copy is one of the five known copies in existence worldwide. 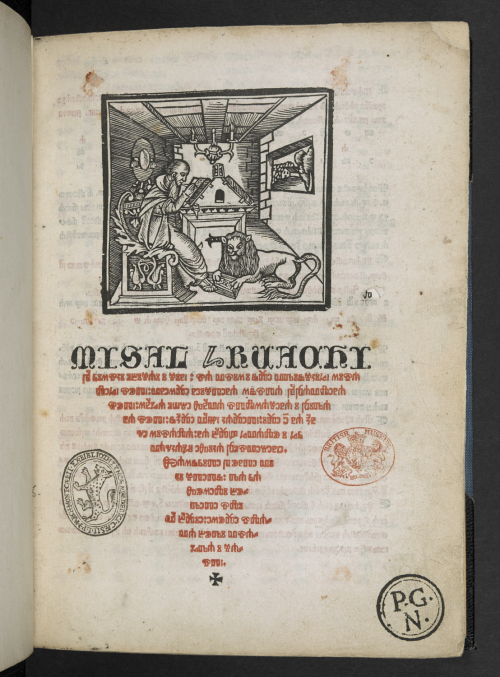 Only six Glagolitic books have been identified so far from the Glagolitic printing house in Rijeka founded by Šimun Kožičić Benja, Bishop of Modruš, and the Croatian Missal of 1531 is regarded as the most beautiful work of the press. The book is printed in Church Slavonic, in Croatian Glagolitic script in two columns, in liturgical black and red letters, and decorated with woodcuts and initials in Gothic and Glagolitic uncial fonts. Bartolomeo Zanétti (b.ca. 1487), a typographer, is named as the printer of the book. The British Library copy is one of 15 copies identified in libraries around the world. A digital copy is available from the Digital Library of the National and University Library in Zagreb. 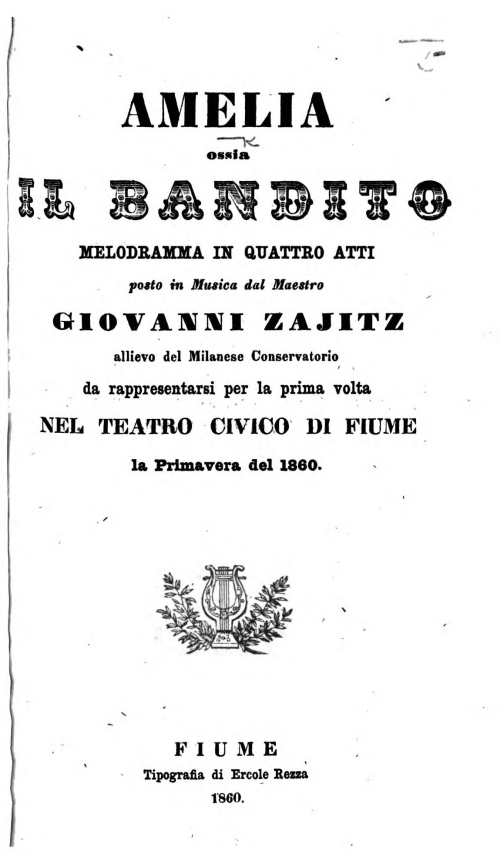 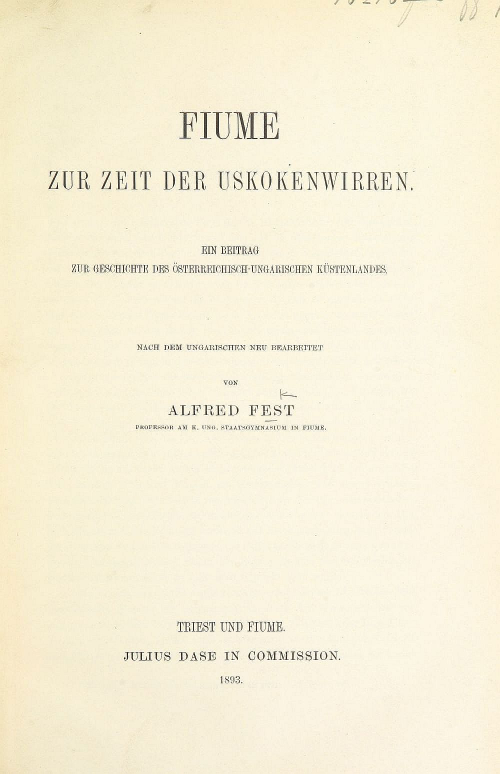 Alfred Fest, Fiume zur Zeit der Uskokenwirren (Fiume, 1893). 10210.ff.9. A History of Rijeka in the 16th and early 17th centuries in the time of Uskoks, Christian rebels against the Ottomans who operated from the Habsburg border garrison in Senj and the Croatian Military Frontier in the Habsburg Monarchy. 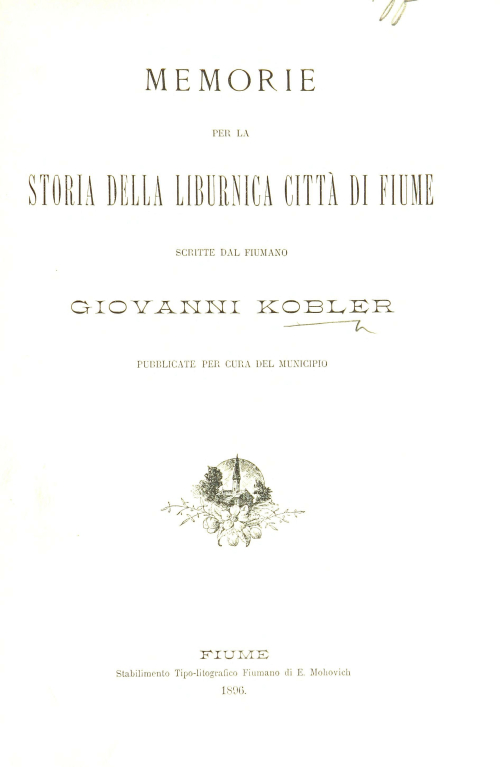 Giovanni Kobler, Memorie per la storia della liburnica città di Fiume (Fiume, 1896) 10201.ff.7. A history of Rijeka in three volumes, with two appendices: chronological notes on the history of Rijeka from the year 395 to 1875, and a register of useful historical records from 803 to 1839. The author, Giovanni Kobler (1811-1893), was a lawyer and historian from Rijeka and the work was posthumously published by the city of Rijeka in 1896. 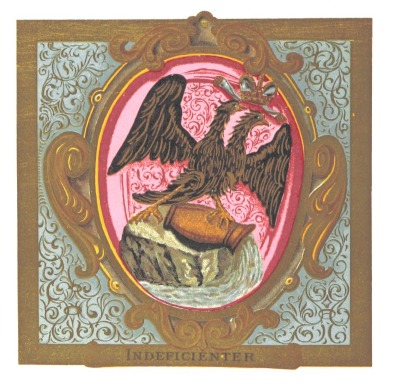 Facsimile of the emblem granted to the city of Rijeka by Emperor Leopold I on 6 June 1659. From Memorie per la storia della liburnica città di Fiume. 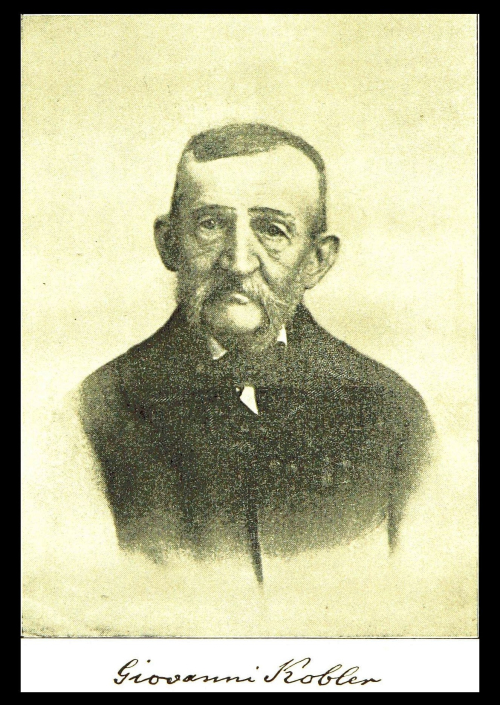 ‘Fiumano’ (‘Citizen of Rijeka’). A photograph of Giovanni Kobler .

We turn now to some images of Rijeka and the Bay of Kvarner past and present. In one such a photograph (below) the memory of old tradition of fishing is preserved. Tuna-fishing was an important source of income in the city and the ‘tunera’ – wooden poles used as observation points for spotting the schools of tuna fish coming up the coast of the Bay of Kvarner – used to be a familiar sight, but are now long gone, as reflected in Marko Grba’s poem. 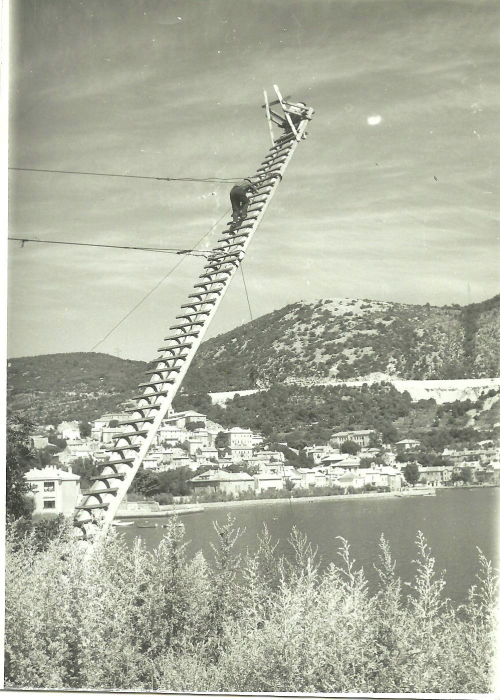 From Kostrena, a small town with widely known families of seafarers,
Around the Bay of Bakar,
The place of a well known school of seafarers,
Which bay the famed Halley of the Comet
Gauged for the needs of the Royal Navy fleet,
All the way to the old Tunera poles of Bakarac,
And farther still, towards Kraljevica,
Where the plot of Zrinski and Frankopan was forged,
Until not so long ago, tuna were swimming:
The pride and might of the Adriatic.
They sail no more –
And the Tunera poles are of no worth any more,
But as a memory to the rapture that once was the Adriatic. 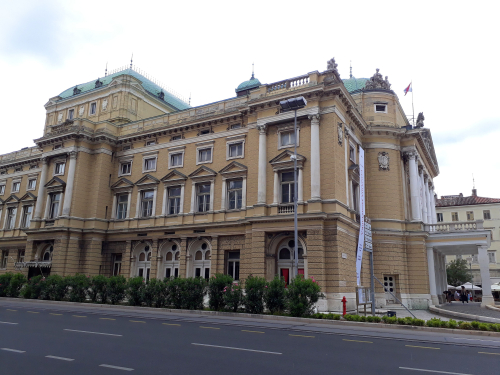 The Ivan Zajc Croatian National Theatre, built 1883-85 in the typical 19th-century style of architecture in Rijeka (photograph by Marko Grba) 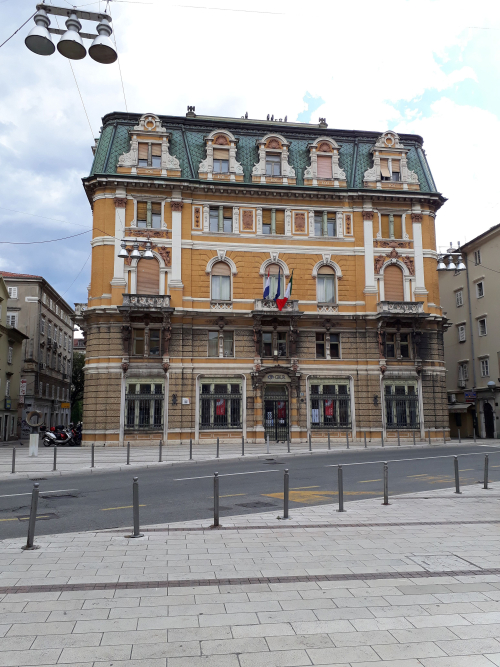 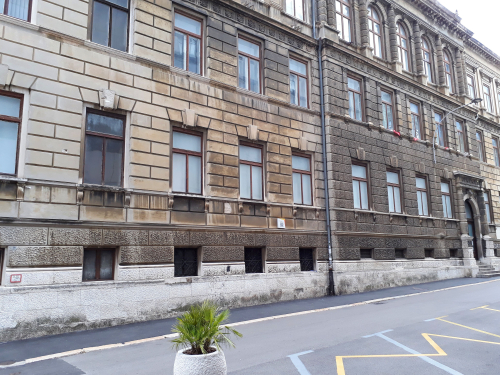 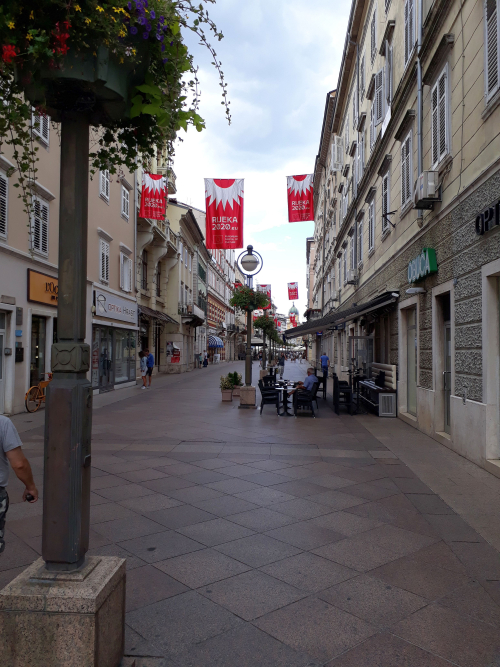 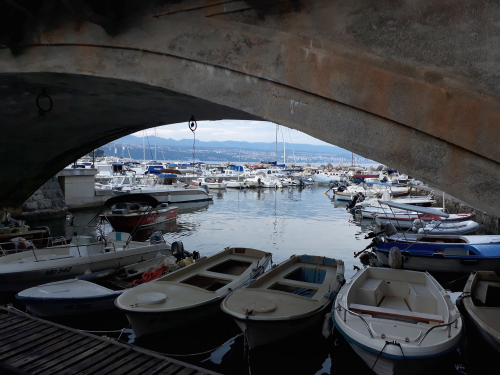