The English are often portrayed as reluctant learners of foreign languages. However, there have been exceptions. One such was Edward Spencer Dodgson, who successfully mastered the Basque language. Spoken today by some 850,000 people on both sides of the western Pyrenees in Spain and France, euskera, as it is known to native speakers, presents great difficulties for the would-be learner. It is an isolate, unrelated to any living language, while its origins are lost in prehistory. Thus, apart from borrowings, its vocabulary consists of words totally without cognates, while its grammar is unlike those of the Romance and Germanic languages. Moreover, in Dodgson’s time the challenge was all the greater, for no standard form of the language existed until the creation of euskera batua by the Basque language academy in the 1970s.

The third of nine children, Edward Spencer Dodgson was born in Woodford, Essex, on 18 November 1857 to well-to-do parents. He went up to New College, Oxford, where he gained a third class BA in Classical Moderations in 1877, although there is no evidence that he completed his degree. It appears nonetheless that he continued his studies, probably supported by money received from his family. In 1886, the course of his life changed irrevocably during a visit to the Basque Country after which, in his own words, he became ‘a devout disciple’ of Basque. He started to learn the language, later attending the classes of the eminent Basque philologist, Resurrección María Azkue, just at a time when scholarly study of the language was increasing. 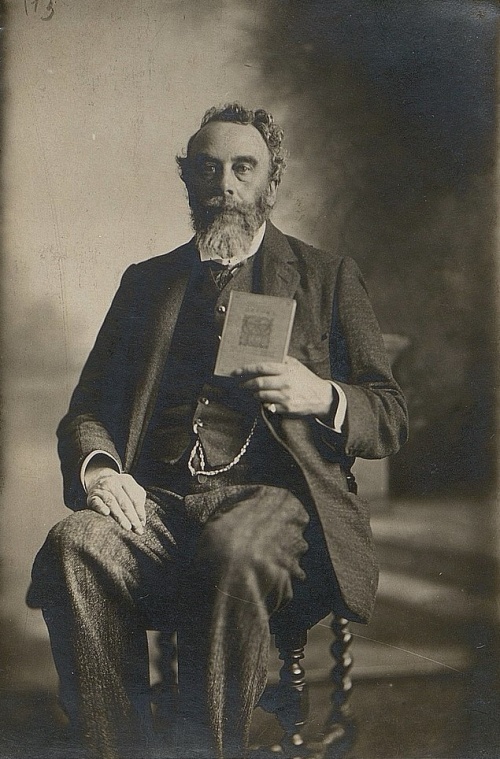 Dodgson later returned to Oxford where he was registered at Jesus College from 1901 to 1918. His choice was surely determined by the fact that Sir John Rhŷs, the first Professor of Celtic at the University, was a Fellow at Jesus. Dodgson also had an interest in Celtic languages and recommended the sound recording of Manx. Basque and Celtic languages had often been linked at Oxford, although there is no evidence that Dodgson sought to relate them. He concentrated on the Basque language itself rather than speculating on distant relationships with other languages.

Dodgson contributed to the renewal of Basque studies as a linguist and as the editor-publisher of key early texts in the language. He regarded as his major contribution to Basque philology his concordance of the forms of the verb in the Basque New Testament in the version of Joannes Leizarraga (1571). He published the concordance between 1890 and 1915 in a labyrinthine series of articles and more substantial volumes. The latter he largely financed himself with the assistance of friends and of his brothers. Favourable comments about one of the volumes surely contributed to his being awarded an Honorary MA by Oxford in 1907. However, his editions of early Basque texts were arguably the more significant, as they made these works accessible once again.

Dodgson’s enthusiasm for the Basque language went beyond his own work and publications. In 1892 and 1899, he published two supplements of additions and corrections to Julien Vinson’s fundamental bibliography of the language (1891, 1898). Indeed, his interest in bibliography took active form in the tireless acquisition of publications in and about the language. As he travelled around the Basque Country, he bought, or was given, many books. The majority were inexpensive, recent, small-format publications, but invaluable in documenting the bibliographic history of the language. After Dodgson’s death in 1922, his brother, Campbell, gave a collection of 218 Basque ‘items’ to the Library of the British Museum. However, for Dodgson, book collecting was a two-way process. From 1891 until 1911, he sent a stream of publications to the British Museum Library consisting mostly of books of poetry, catechisms and lives of saints. Almost all bear his handwritten dedication to the Museum and several also record his own comments and, on occasion, rude criticisms. Another habit was to attach additional material: newspaper articles, other texts and even his reader’s ticket.

Similar donations were received by other libraries: the National Library of Wales, the Bibliothèque de Bayonne and, most notably, a number of Oxford libraries. His motive for these donations was undoubtedly to make them available in libraries that might not otherwise have acquired them, or even have known of their existence. Economic necessity limited Dodgson’s ability to donate copies of his own works to as many libraries as he would have wished. The British Museum acquired all his publications via Legal Deposit or by purchase, but rarely by donation, while continental libraries either purchased them or received them as donations. Here, however, his motive was self-promotion and Dodgson undoubtedly held his own abilities in high regard. He was especially determined that the volumes of concordances to Leizarraga’s New Testament reached the Biblioteca Nacional in Madrid. When in early 1916, he had not received an acknowledgment of the receipt of the last these, published in 1915, he wrote to the Librarian enquiring about this omission. He adds that he has already received the grateful thanks of the Conde de las Navas for the copy sent to the library of the Royal Palace. Dodgson’s enthusiasm for the Basque language was considerable. However, his obsessive concern for his own self-image unfortunately permeates much of his correspondence.