We’re all too young to remember this joke from ITMA.

Posh lady: ‘There’s nothing my little Jimmy likes better than snuggling up in front of the fire with Enid Blyton.’
Louche voice: ‘Beats reading any day.’

Authors are often conflated with their books, sometimes through ignorance. In the Middle Ages Policraticus/Policratus was often cited as an author rather than the work by John of Salisbury.

Other authors made a point of naming their books after themselves: Orme (the 12th-century Augustinian) called his exegetical work Ormulum.

Similarly, Emmanuele Tesauro named his biblical compendium the Handy Treasury, so that on the title page it came out as Emmanuelis Thesauri Thesaurus Manualis. Manuel and Manual of course aren’t related. But note that crazy chiasmus. 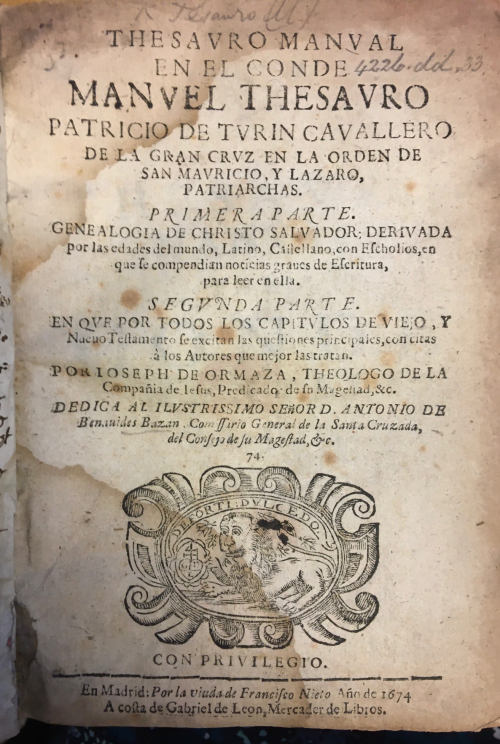 When Dutch mapmaker Jacob Aertsz Colom wanted a title for an atlas to guide the seafarer, he thought back to his Bible reading and recalled Exodus 13:21-22. When Pharoah let the Israelites go they went out:

And so Colom called his book De Vyerighe Colom (Amsterdam, 1654; Maps C.8.c.3.), translated into English in 1648 as Upright fyrie colomne … wherein are described and lively portrayed all the coasts of the west, north and east seas.

Posted by European Studies at 4:10 PM