This is the last post in a series of blogs on the Solidarity movement published to commemorate its 40th anniversary. You can read about the 21 Gdánsk demands here, the poet Jadwiga Piątkowska here, and 'Mały Konspirator', a manual to anti-government activity in 1980s Poland, here.

The British Library collection of Polish underground ephemeral publications [BL shelf mark Sol. 764] includes a significant number of posters, photographs, cartoons and humorous ephemera created by artists involved in various opposition groups. The ephemeral publications best reflected a rapidly changing reality in 1980s Poland. They were particularly effective in conveying Solidarity ideas, documenting its activities and informing about crucial social and cultural events of the time. Both simple in form and laconic, these visual materials carried powerful and indirect commentaries on the political situation as well as delivering witty, amusing and comforting messages. Most of them were produced anonymously and only some had features that later allowed for identifying their designers. 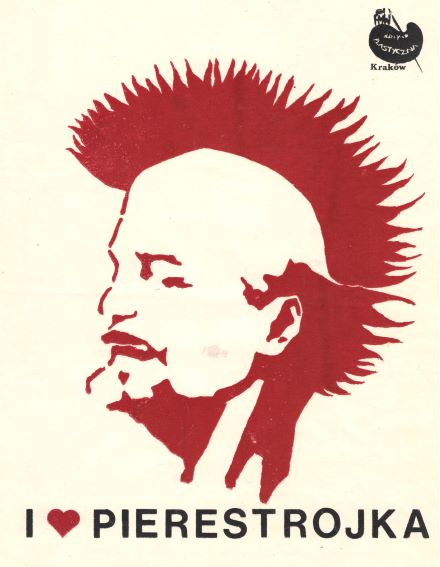 Lenin with Mohawk punk graffiti (1987) designed by Dariusz Paczkowski, a street art and graffiti artist. It was created to mock the leader of the Russian Revolution of 1917, whose image was widely used in communist propaganda. 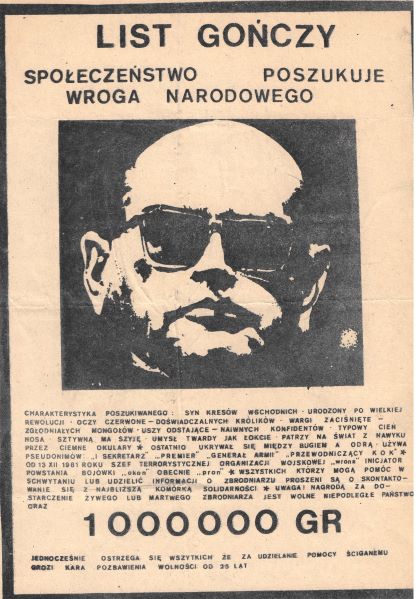 Arrest warrant – the society hunts a national enemy (ca. 1982). A mock ‘wanted’ poster for General Wojciech Jaruzelski, responsible for proclaiming martial law in Poland in December 1981, with a description and an offer of a reward for his capture. 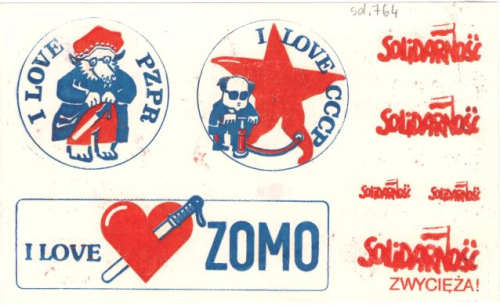 I love PZPR (the Polish United Workers’ Party) – an image of a wolf dressed as Red Riding Hood’s grandmother with a police baton; I love the USSR – an image of General Jaruzelski and a red star; I love ZOMO (Motorized Reserves of the Citizens’ Militia) – para-military formations particularly brutal during the period of martial law in 1981-1983.  At the right bottom corner – Solidarity wins!

The next two images are examples of ephemera discouraging Polish citizens from voting in elections and must have been created either in October 1985 for the parliamentary elections, or in June 1988 for the election to the National Councils. 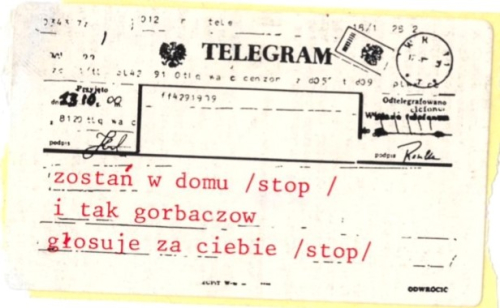 A sticker styled after a telegram: “Stay at home / stop / Gorbachev votes in your place anyway / stop”. 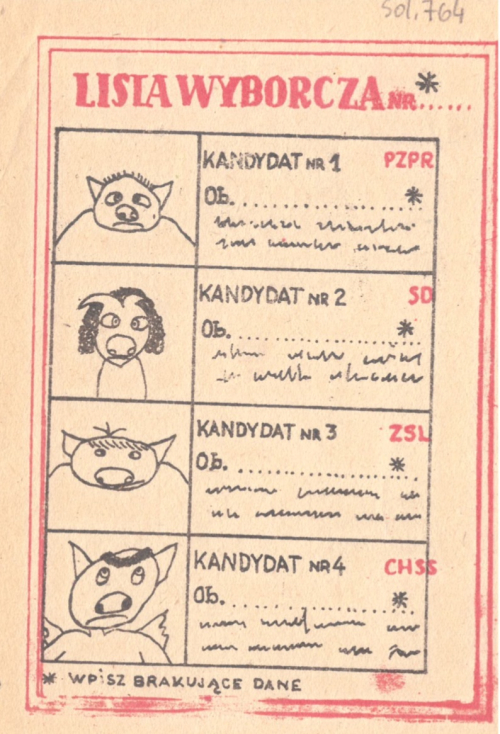 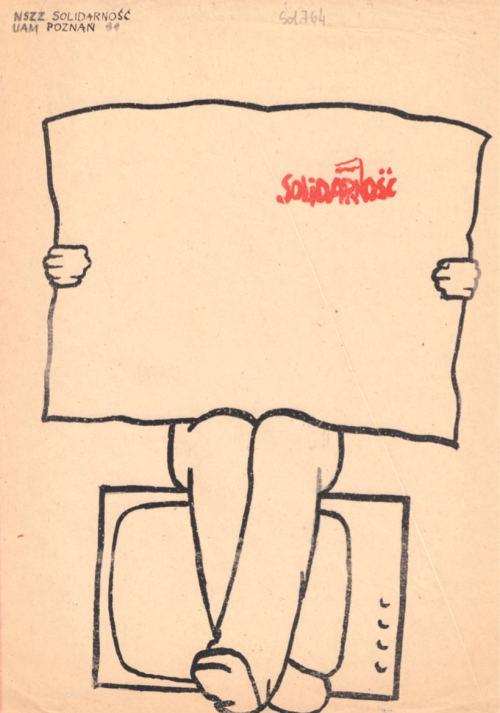 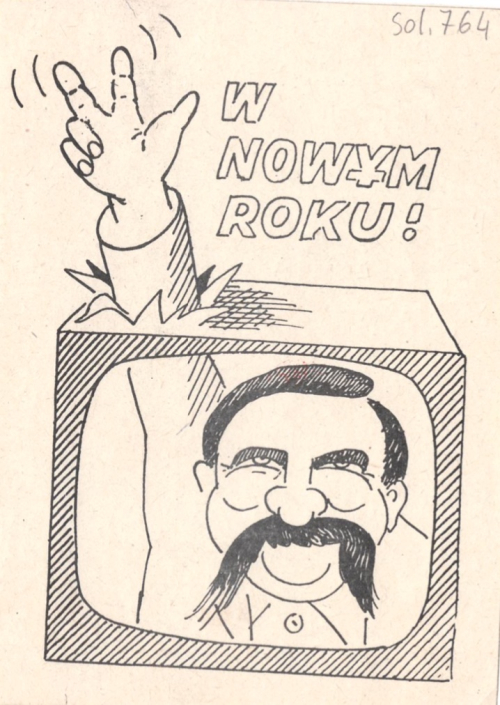 New Year’s wishes with the image of Lech Wałęsa, the future first democratically elected president of Poland and 1983 Nobel Peace Prize laureate. Created in the 1980s. 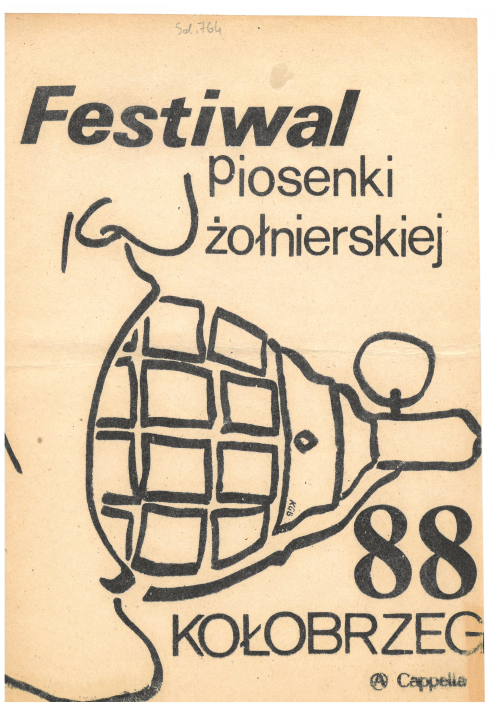 The Military Song Festival in Kołobrzeg 88. The festival began in 1969. Part of the official propaganda, it was organised by the Main Political Directorate of the Polish Army and its aim was to instill patriotism and promote the image of a heroic soldier. In 1988 a group of activists from Ruch Wolność i Pokój (Freedom and Peace Movement) planned to disrupt the festival carrying with them 30 posters. Stopped and searched by secret service agents they managed to leave behind this poster which features the logo of A Cappella, a periodical published by Ruch Wolność i Pokój. 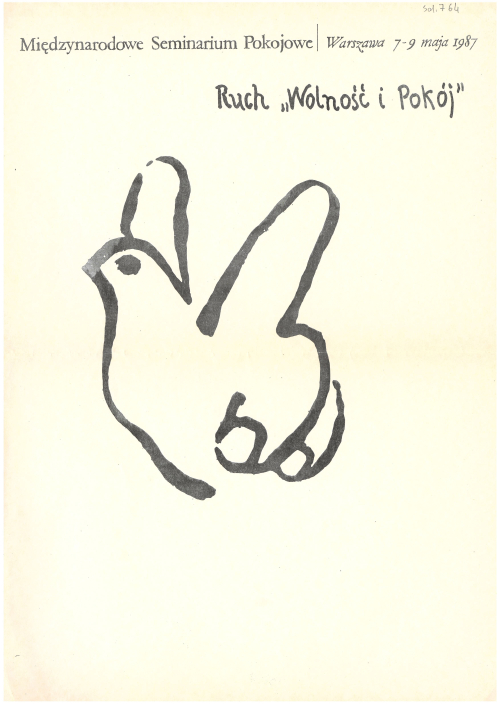 A poster by Ruch Wolność i Pokój advertising an International Seminar on Peace taking place in Warsaw on 7-9 May 1987. Ruch Wolność i Pokój was a peaceful anti-government movement and advocated non-violent resistance. Its programme included support for conscientious objectors, protection of the environment, international cooperation, protection of the rights of minorities, abolition of capital punishment, and withdrawal of the Soviet army from Poland. It carried out numerous protests including hunger strikes, occupational strikes, marches, happenings and public burning of draft cards. 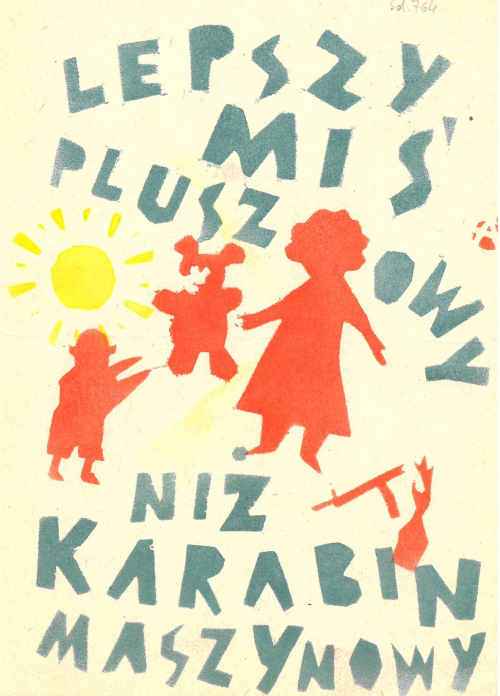 “A teddy bear is better than a machine gun”. A poster with the logo of A Cappella published by Ruch Wolność i Pokój

Posted by European Studies at 3:03 PM