After Bodoni: Italian Typography in the 20th Century

The culture of hand printing, the neoclassical aesthetic, considering the typeset as an art form in dialogue with its times: these aspects of 18th-century typographer Giambattista Bodoni’s work are still meaningful and constitute the core of his legacy, inspiring generations of Italian designers and typographers. Here are four examples:

Like many printers of the olden days, Hans ‘Giovanni’ Mardersteig came from Germany and established his hand press in Italy. In 1922 the Italian government granted him permission to use Bodoni’s original matrices and Officina Bodoni started, operating in Verona until Mardersteig’s death, in 1977. Mardersteig’s extreme care for detail is shown in his re-edition of Bodoni’s Manuale Tipografico, 1788 and many more alphabets using his own typesets, like his Alphabetum Romanum. 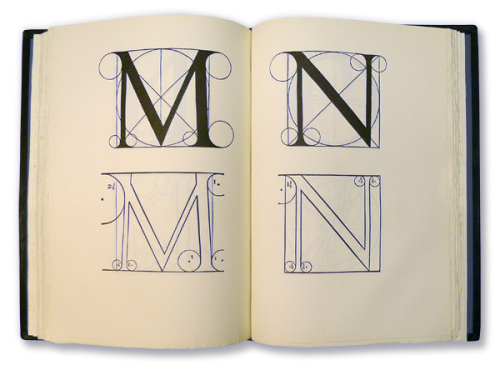 Alberto Tallone and his son Enrico have worked since the 1930s to honour the book in its material and spiritual aspects. Engravers, typefounders, hand printers and publishers, the Tallone family takes from Bodoni the idea of manuals, describing in their four volumes of Manuale Tipografico centuries of typography, watermarks, original characters, frontispieces, inks used from the 18th to the 20th century. Tallone’s idea is to convey the spirit of the author by choosing size, characters, papers and spacing, in a dialogue between the text and the content, so that every book is unique. 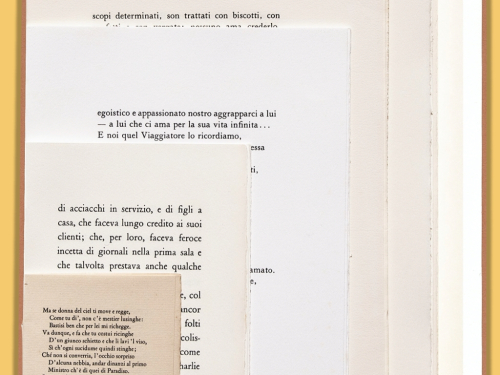 Tallone’s books are set by hand in traditional foundry types, which derive from hand-cut steel punches engraved with a burin by great artists. This video shows the process and it was filmed in their typographic studio in Turin:

Born in Parma in 1937, bibliophile, publisher and designer Franco Maria Ricci grew up in an aesthetic and cultural background that stemmed directly from Bodoni’s tradition. Ricci studied and collected Bodoni’s works for his entire life, helping rediscover and promote Bodoni and making his types part of Italy’s everyday life. Ricci’s art magazine, FMR (in French it appears to read éphémère, transitory) had a reputation for being the world’s most beautiful magazine.

Ricci shares with his master the great respect for proportions, distance, and white spaces. 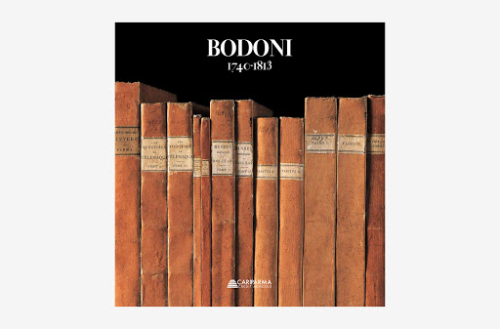 Designer Massimo Vignelli takes from Giambattista Bodoni an interest for Italian letterforms. A modernist by choice, Vignelli became famous for creating the iconic New York City Subway Map in 1972 (using Helvetica), a landmark in graphic design. His preference was always for four typefaces that he considered perfect, including Helvetica and Bodoni. Vignelli says: “In the new computer age, the proliferation of typefaces and type manipulations represents a new level of visual pollution threatening our culture. Out of thousands of typefaces, all we need are a few basic ones, and trash the rest.” 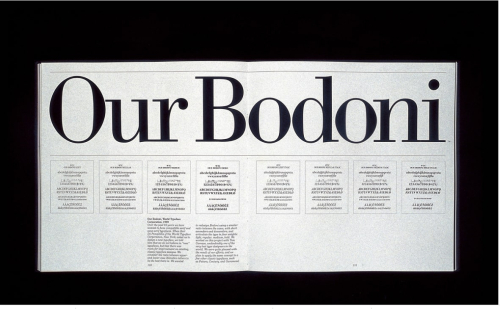 In 1989 Vignelli revisited the Bodoni typeset creating Our Bodoni, commissioned to him by World Typeface Center (WTC) of New York: “When Bert Di Pamphilis (…) asked us to design a new typeface, we told him we do not believe in ‘new’ typefaces, but that there was room for improvement on existing, classic typeface designs. We consider the ratio between upper- and lower-case Helvetica letters to be the best there is. We wanted to redesign Bodoni using a similar ratio between the cases, with short ascenders and descenders, and articulate the type in four weights: light, regular, medium, bold.” (Massimo Vignelli).

Posted by European Studies at 2:45 PM