From Binding to Printing: Christophe Plantin

The world into which Christophe Plantin was born in 1520 was in great flux. Less than 40 years before, Europeans had landed in America; 50 years before that Gutenberg printed the first books using movable type. More new inventions made some time before became established, such as spectacles, the windmill and gunpowder. Martin Luther had just unleashed the Reformation which would result in a wider spread of literacy. What better time for setting up a printing business?

Cities flourished, including the port of Antwerp, a busy commercial hub on the Schelde. 80 percent of the Low Countries’ maritime trade landed there. Ports not only processed goods, but also knowledge and culture, so it is no wonder that ports like Venice, Antwerp and Deventer became centres of printing.

Plantin fitted perfectly within that world. He was dynamic and adaptable. He possessed good business sense and good organisational skills. So it was no wonder that he and his family moved from Paris, where he had originally established a bookbinding business, to Antwerp in 1548.

No institution tells the story of that history better than the Museum Plantin Moretus, based in the very house where the Plantin family lived and ran their hugely successful printing business for 300 years. The Museum had planned a year of celebrations, when COVID threw a spanner in the works. 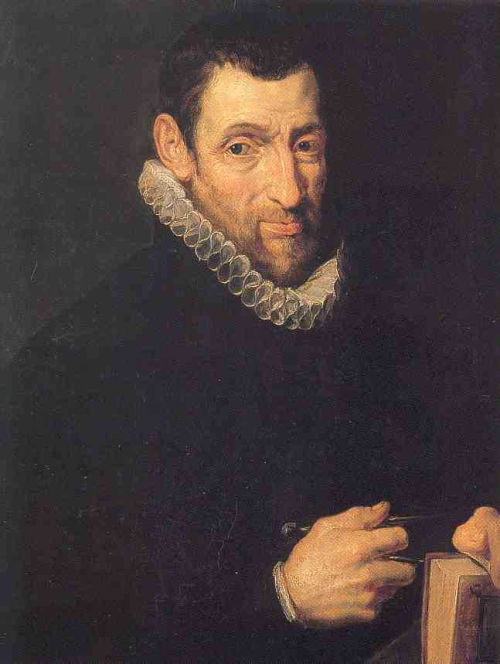 Plantin’s phenomenal success as a printer has somewhat overshadowed the achievements of his earlier life as a master bookbinder. He was apprenticed to Robert Macé II in Caen, where he married Joanna Rivière. The Plantins set up shop in Paris in the mid 1540s before relocating to Antwerp, where in 1550 Christophe became a citizen and member of the Guild of St Luke, which regulated the work of painters, sculptors, engravers and printers. He also sold books, prints and decorated leather items in his shop, while his wife sold draperies. The quality of his work as a bookbinder was exceptional and attracted many important patrons (the binding pictured below was probably made for Queen Mary I of England). 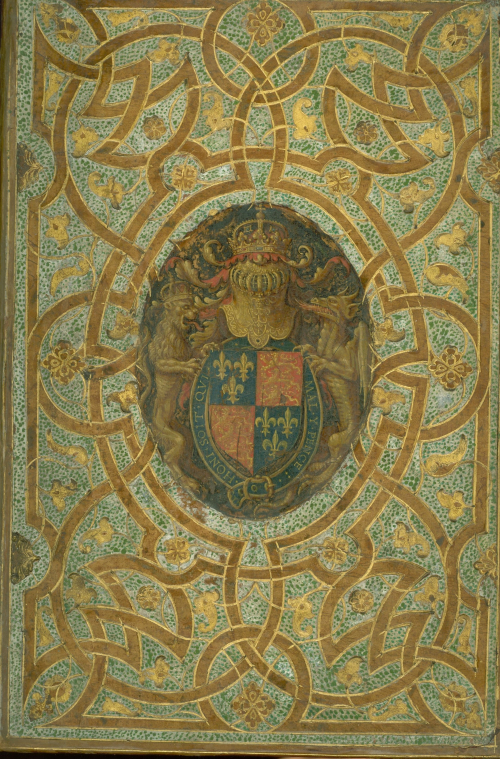 His decorative style, particularly the delicacy of his gold tooling, was influenced by the finest Parisian workshops. The way Plantin incorporated colour into the designs, however, was all his own, as we can see from the image below. 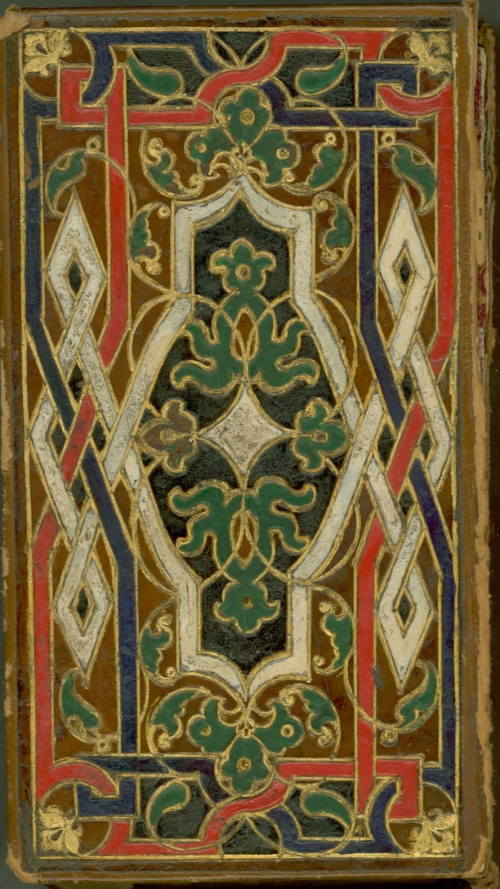 Why did Plantin abandon bookbinding? There are several theories. The version written by Plantin himself and later clarified in a letter by his grandson Baltasar Moretus is the most dramatic (if at the same time rather odd!). In 1554 or early 1555, a Spanish royal secretary, Zayas, then resident in Antwerp, asked Plantin to personally deliver a leather jewel casket he had made as a royal commission. On the way, Plantin was attacked by some masked and inebriated men. Apparently they mistook him for a zither player of their acquaintance who had behaved insultingly. It is said that the knife injury Plantin sustained meant that he was no longer able to bind books and needed an alternative career.

According to an account in the 19th-century British journal The Bookbinder, “As he no longer felt strong enough for a trade in which there is much stooping and movement of the body, there came to him the idea of setting up a printing-press. He had often seen printing carried out in France, and had done it himself.” Founding such an establishment required investment. Financial support from several sources have been suggested. These include Plantin’s assailants who were legally required to pay him damages; the aforementioned Zayas and Alexander Graphaeus (both important figures in Antwerp commerce) and the non-conformist religious sect the ‘Huis der Liefde’ (‘Family of Love’). Whatever the truth, Plantin “started the business, guiding and directing it with such understanding, with God's help, that even the earliest beginnings of this press were admired, not only in the Netherlands but throughout the world.”

In 1576 Plantin set up a second printing shop in Leiden and served the new university there for two years, before returning to Antwerp.

The British Library holds 835 titles and editions that have Plantin as publisher on the record. Amongst these is a catalogue of titles published by Plantin up to 1575, available online via our Universal Viewer, or Google Books. Other titles have been digitised too and are available in the same way. Posted by European Studies at 2:10 PM