A radical duo and their Italian connection

Antonio Gramsci’s influence and legacy has been extraordinarily rich and vast, producing new ideas, interpretations and seeds all over the world. But how is Gramsci indirectly related to the current BL exhibition Unfinished Business: The Fight for Women’s Rights?

Sylvia Pankhurst (1882-1960) was the only regular foreign correspondent for the Italian newspaper L’Ordine Nuovo (‘The New Order’), established by Gramsci and three other editors (Angelo Tasca, Palmiro Togliatti, and Umberto Terracini) on 1 May 1919 in Turin. Her monthly contribution entitled Lettere dall’Inghilterra (‘Letters from England’) was translated by Palmiro Togliatti (1893 –1964). 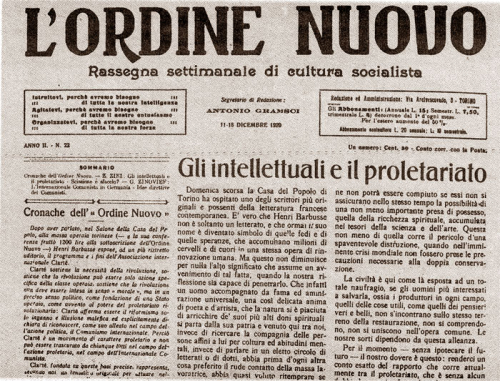 More than just a workers’ newspaper, L’Ordine Nuovo was the vibrant engine of the mass education policy set up by Gramsci in Italy’s vibrant ‘Motor City’. During the strikes of 1919-20 (the so-called Biennio Rosso), Turin became the ‘City of Factory Councils and Red Guards’, the ‘Mecca of Italian Communism, the ‘Italian Petrograd’, almost on the verge of a Bolshevik-style Italian revolution. At the heart of this revolutionary hive was L’Ordine Nuovo’s office, where all sorts of people flocked to visit Gramsci. Among the international visitors to Gramsci’s office, during the turbulent year of 1919, was Sylvia Pankhurst. The trait d’union, who arranged the meeting between two advocates of working-class interests, was Silvio Corio (1875-1954), Sylvia’s partner and interpreter during their clandestine journey across Italy (Turin, Milan and Bologna). An anarchist printer and journalist, Corio joined the network of Italian radical activists in London in 1901. The elective affinity (of heart and mind) between Corio and Pankhurst blossomed in 1917 and produced the first and most influential duo of antifascists in Great Britain during the two World Wars. Corio worked shoulder to shoulder with Pankhurst at the London communist newspaper Workers' Dreadnought (1917-24), being a major source of influence and support in all her campaigns and activities, although he was keeping a low profile to avoid any trouble threatened by the Aliens’ Act of 1918. 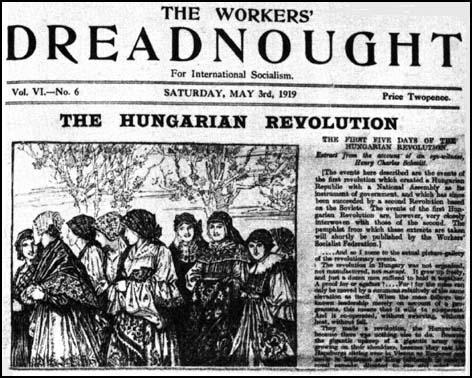 The Workers' Dreadnought, 3 May 1919 (LOU.LON.702). Image from Spartacus Educational

Three years before Mussolini’s ascent to power, the contacts with Gramsci and the other leftist intellectuals ignited the spark of anti-fascism in Pankhurst. During her critical journey to Italy she experienced first hand the polarization of Italian society, and realised the risks arising from the fascist and colonialist propaganda on the international arena. Back in London, together with Corio and other activists, she was the first influential voice to ring alarm bells against Mussolini’s regime, the Italian occupation of Ethiopia (1935-1937) and the looming prospect of a second world war.

I picture Pankhurst, along with Corio, supporting the international campaign organised by the economist Piero Sraffa (1898-1983) at Cambridge University and Gramsci’s sister-in-law Tatiana Schucht (1887-1943) in order to demand Gramsci's release in 1934.

Thanks to this trio of visionary activists and thinkers the seeds for a modern civil society, such as we have and enjoy today, had been sown.