How to trick a lion

Do you ever look at a three-pin power socket and see a face in a place?

Lions do too, according to Ramon Llull. 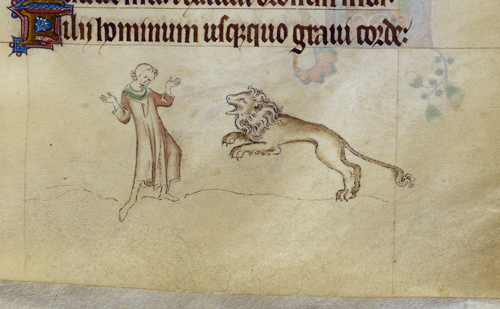 Llull wrote his Rhetorica nova (‘New rhetoric’) in Catalan in Cyprus in 1301. Only the Latin translation, made in Genoa in 1333, has come down to us.

Llull gave his personal twist to everything he wrote, and his Rhetoric is more like his philosophical works (with chapters on Order, Beauty, Science, the Lullian Art and Charity) than the works of Cicero and his followers. 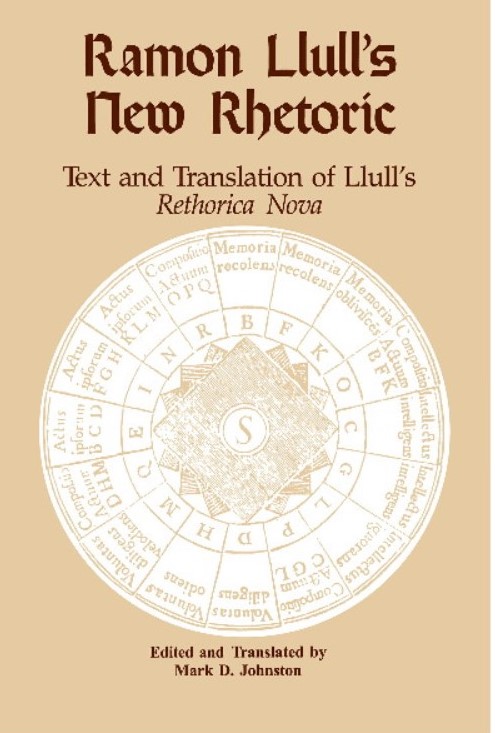 His chapter on Beauty has a section ‘De pulchris exemplis’ (‘on beautiful examples’), i.e. illustrative stories or similitudes. Which is where we find the following:

The lion, because of his strength, is so daring that he does not fear anyone who comes against him with lances, swords or any kind of spear. But if someone confronts him with a long rope which he drags along the ground, he will be afraid of it and will take flight. This happens because by natural instinct one victory [I think he means ‘strength’] does not fear another victory [strength] but craft and skill. Thus the lion fears that perhaps man, with the device of a rope, will capture him, and once captured bind him.

This example, applied to words and thoughts of war, will beautify the words.

So, if I understand him right, Llull says that the lion knows he is strong enough to defeat man physically, but recognises that man’s dexterity with a rope shows man can’t be outsmarted. Brains beat brawn.

Llull doesn’t mention snakes, but then Llull rarely makes his sources explicit. However, I think he had been reading his bestiary, which says:

The lion, although he is the king of beasts, gets harassed by the tiny sting of a scorpion, and snake poison kills him (trans. White, p. 11).

So I think man’s victory over the lion consists in exploiting his natural fear of snakes by dragging a rope along the ground to imitate the action of the serpent and exploiting the lion’s ability or weakness to see a snake in a moving rope.