In 1971 Switzerland became one of the last countries in Europe to grant women the vote at national level; only the small neighbouring principality of Liechtenstein was later in doing so, in 1984. It may seem surprising that a country that was an early republic, that became in the 20th century the home of several international and humanitarian organisations, and that is often seen as a model of stability and good social order, should have lagged so far behind in such a key area of human rights.

Switzerland had not been without a women’s rights movement, and there had been formal calls and campaigns for female suffrage from the 1860s onwards. In the 19th and early 20th centuries, writers such as Meta von Salis and Emilie Gourd, to name but two, argued for women’s rights in various spheres, and several women’s organisations were founded. A ‘Swiss Congress for the Interests of Women’ was held in Geneva in 1896, and campaigners also had male allies such as the jurists Louis Bidel and Carl Hilty, who both published articles in favour of women’s right to vote. 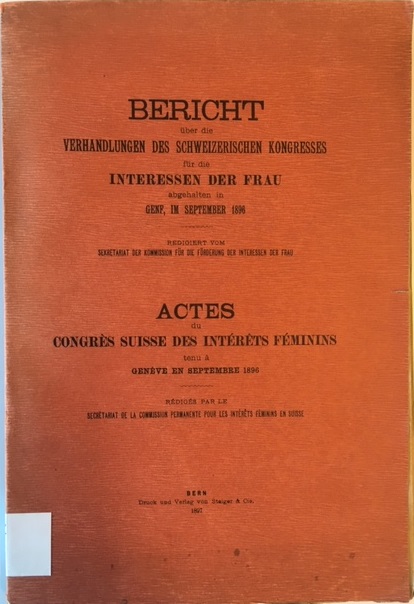 A Swiss general strike in November 1918 included women’s suffrage among its demands but was short-lived and came to nothing. Two formal parliamentary motions on the subject in the same year were effectively ignored, and various petitions to Parliament were equally unsuccessful. From 1920 onwards, some Swiss cantons held referendums on allowing women to vote at cantonal level, but none of the motions were passed.

The central role of the popular referendum in Swiss politics offers one clue to why Switzerland took so long to grant women the vote. Major constitutional change, whether at national or cantonal level, can only be brought about by a referendum rather than by parliamentary vote alone as in other European countries. And of course, the voters in these referendums were all men! It was also argued that the constitution defined a Swiss citizen with full rights in clearly masculine terms (‘un suisse’, ‘ein Schweizer’). As early as 1886 Emilie Kempin-Spyri, the first Swiss woman to gain a doctorate in law, had argued that this was a generic masculine rather than being intended specifically to restrict citizenship to males. However, this argument was rejected by the Swiss Federal Court, as it would be again over 40 years later, when put forward by jurist Léonard Jenni. 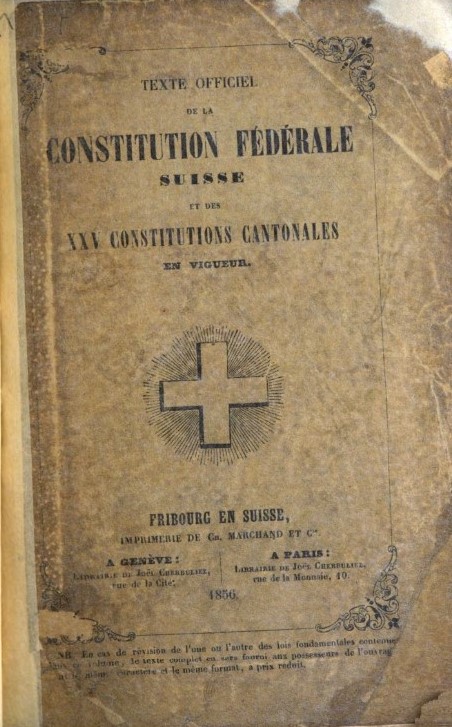 Swiss citizenship also became linked in many people’s minds with the compulsory military service performed by Swiss men. In fact it was an attempt in 1957 to extend this obligation to civil defence work to be undertaken by women that provided part of the impetus for the first national referendum on female suffrage in 1959. Although the civil defence proposal had not been passed, it had opened debate on whether women could be asked to perform national service when they lacked full political rights.

The arguments for and against women’s suffrage in the 1959 referendum, as in earlier cantonal votes, were familiar ones, as reflected in pro- and anti-suffrage posters. Opponents argued that political debate was beyond women’s understanding and too dirty a business for them to sully themselves with, and that political rights would make them neglect domestic and maternal duties or turn them into de-feminised harridans. Supporters countered that women deserved to have their voices heard in a free and modern society, that anti-suffragists were selfish reactionaries seeking to reserve power for themselves, and that a ‘yes’ vote would win male voters the gratitude and respect of women. Posters from the 1950s against and in favour of female suffrage (images from swissinfo.ch)

In 1959 the anti-suffrage voices were more successful, and the motion to grant women the vote was defeated by a two-thirds majority. However, in three Cantons – Vaud, Neuchâtel and Geneva – there was a majority in favour of women’s suffrage, leading all three to give women the vote at local and cantonal level. Other cantons followed suit in the next decade, and by 1970 nine of Switzerland’s 25 cantons had universal local and cantonal suffrage. This development was a factor in the decision to hold a new national referendum, which took place on 7 February 1971 and saw the 1959 result reversed, with a two-thirds majority in favour of women’s right to vote in national elections. By the end of the following year, most cantons had also granted full suffrage at local and cantonal level.

The run-up to the 1971 referendum forms the background to the 2017 Swiss film Die göttliche Ordnung (The Divine Order), in which the women of a Swiss village go on strike from domestic duties to persuade the local men to acknowledge their rights. They succeed, and at the end we see the main protagonist standing proudly beside her husband as he casts his vote for women’s suffrage. However, in the kind of community depicted, the reality would probably have been rather different. Even in 1971 the rural north-eastern cantons voted overwhelmingly ‘no’ to women's suffrage, and two of them held out at cantonal level for almost two more decades. Appenzell Ausserhoden granted women cantonal voting rights only in 1989, and it took a Federal Court ruling the following year to force neighbouring Appenzell Innerrhoden to do the same. Willingly or not, Europe’s last bastion of electoral inequality had finally fallen, and all Swiss women could enjoy equal voting rights.

Posted by European Studies at 12:25 PM