Rosa Luxemburg, who was born 150 years ago this month, has come to be seen as an iconic figure of socialist and revolutionary thought. Her life and legacy are reflected not only in her own works but in the many works about her that have been written in various genres – biography, academic study, polemical and literary – since her murder in 1919. Below are a handful of examples from the British Library’s collections which illuminate some of the many aspects of her story. 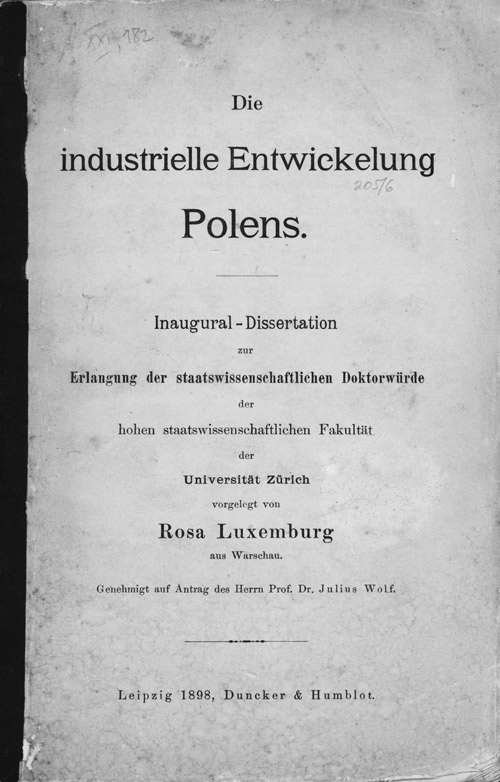 Luxemburg’s first published monograph was her doctoral thesis, Die industrielle Entwickelung Polens (‘The Industrial Development of Poland’). Although Luxemburg was herself Polish, she gained her doctorate from the University of Zürich, since women were barred from higher education in Poland, where Luxemburg, as a Jew and a Polish speaker in a country under Russian rule, faced additional social and educational challenges. She had sought refuge in Zürich in 1889 to avoid detention for her revolutionary activity at home. The city was something of a centre for socialist exiles, and alongside her university studies, she continued working for the cause, becoming known as a writer, organiser and highly effective public speaker. By the time her thesis was completed and published, her written work was focusing more on these issues, and a plan to write a longer economic history of Poland never came to fruition. 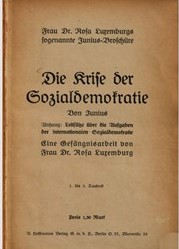 Luxemburg strongly believed in the international nature of the struggle for social justice. On the outbreak of war in 1914, she hoped that workers would refuse to fight and would recognise that the ruling classes in their own countries were the true enemy and the workers of other countries their true allies. When the German Socialist Party (SPD) members of the Reichstag gave their support to war, she felt betrayed. Together with Karl Liebknecht, the only SPD representative to remain opposed to the conflict, she founded the Spartacus League, which grew into the German Communist Party. Jailed for her socialist and pacifist activities, Luxemburg continued to write in prison, most notably the pamphlet Die Krise der Sozialdemokratie (‘The Crisis of Social Democracy’) in which she set out her views on the war as an imperialist and capitalist project and her despair at the attitude of the SPD, and calls for revolution. Published in 1916 and often referred to as the ‘Junius Pamphlet’ after the pseudonym Luxemburg wrote it under, it is one of her best-known works.

January Fifteenth. The murder of Karl Liebknecht and Rosa Luxemburg

Following the brutal murder of Luxemburg and Liebknecht by right-wing ‘Freikorps’ militias in the aftermath of the Spartacist Uprising in January 1919, they were seen as martyrs for the socialist cause. Although Luxemburg had often disagreed with fellow-socialists on a range of issues, she was increasingly depicted as a heroine of the left and has sometimes been described as the woman who could have united the different strands of Weimar Germany’s left-wing politics in the face of the growing right-wing threat. In 1924 the Young Communist League of Great Britain published a pamphlet entitled January Fifteenth. The murder of Karl Liebknecht and Rosa Luxemburg, 1919 (8140.i.4.). The first in a planned series of ‘Manuals for Proletarian Anniversaries’, it suggested ways to commemorate Luxemburg’s and Liebknecht’s murders, an anniversary which still sees still sees parades and acts of remembrance take place today. 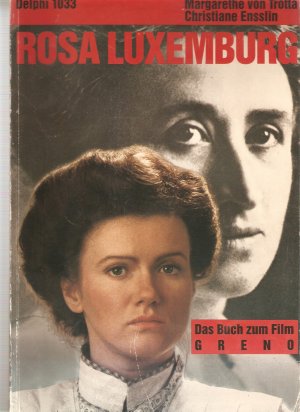 As well as eulogies and memoirs, Luxemburg was from early on remembered in poetry, drama and fiction. In 1986 the German director Margarethe von Trotta released her film Rosa, which portrayed Luxemburg in a decidedly feminist context. Luxemburg has often been regarded as uninterested in feminism as she tended to keep at arm’s length from the formal women’s movement of her time. This was partly because she felt that she would be sidelined by being associated purely with women’s issues, but also because she saw the issue of equality as being vital to all workers regardless of nationality or sex. She was also somewhat wary of the way the suffrage movements tended to be predominantly run by and focused around educated middle-class women. Nonetheless, she had close ties with leaders of the women’s movement, particularly her friend Clara Zetkin, and her own determination to live in both the personal and political sphere on an equal footing with male friends, lovers and colleagues is reason enough to celebrate her today as a feminist pioneer.

A recent publication that depicts the many facets of Luxemburg’s life, work and personality in a compelling and accessible way is Kate Evans’s striking graphic biography Red Rosa, a work originally commissioned by the New York branch of the Rosa Luxemburg Foundation. Evans initially knew little about Luxemburg, but studied in particular her collected letters (London, 2013; ELD.DS.286414), which is perhaps what gives the book such a rounded picture of Luxemburg both as a brilliant thinker and inspirational political figure, and as a very human woman determined to live on her own terms. Kate Evans will be one of the speakers at a British Library online event marking Luxemburg’s 150th birthday on 5 March 2021. Rosa Luxemburg: At Home in the Entire World brings together authors, actors and activists to examine Luxemburg’s revolutionary legacy.

Posted by European Studies at 9:44 AM