Two women, a lawyer and a book chest

Today, 19 April, is the anniversary of the death of Maria van Reigersberch, or Reigersbergen the wife of Hugo de Groot a.k.a. Grotius. Her husband is well known for his legal writings in which he launched the idea of the freedom of the seas and international law. Grotius is credited with stating that rights are not just connected to objects, but also to people, although that doesn’t make him a human rights activist in the modern sense: his work is very much aimed at the advancement of the interests of the Dutch Republic. 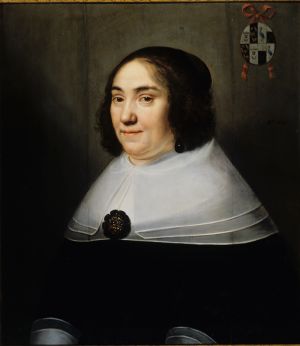 Maria van Reigersbergen by a painter from the circle of Michiel Jansz van Mierevelt. Source: Wikipedia.

Grotius had made his career in the service of Johan van Oldenbarnevelt the most powerful man in the Republic, who got himself in trouble with the Stadholder Maurits. It cost him his head and he dragged Grotius down with him. Grotius was actually lucky to escape with his life, but he was sentenced to life imprisonment at the Castle Loevenstein.

Maria van Reigersberch campaigned hard to obtain better living conditions for her husband and permission to join him at the castle, together with their maid Elselina (Elsje) van Houwening. The women were allowed to join Grotius. Big mistake!

Maria negotiated with the authorities to have books brought to Hugo, so he could continue his studies and work. The books were delivered in a large trunk and I can just imagine Maria looking at that trunk and thinking: ‘Trojan Horse in reverse!’ 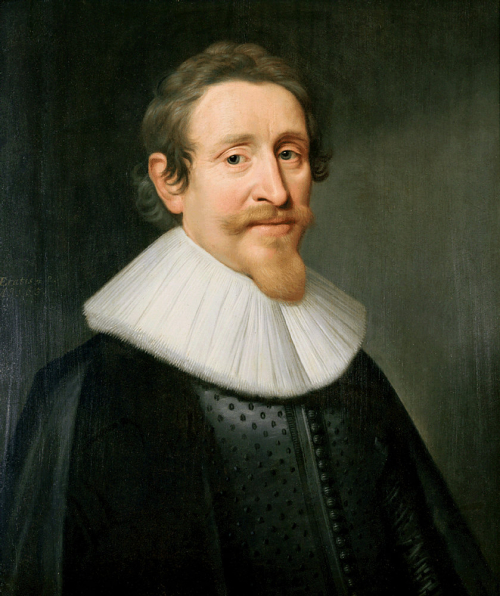 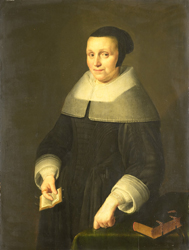 They prepared their plan very well. Maria made Hugo lie in the chest very still for up to two hours for several evenings. Then on 22 March 1621 Hugo climbed in the chest, Maria made up the bed with his clothes and put his slippers in front of the bed to make it look like he was asleep. She sent the trunk off, out of the castle. Elselina went with it and watched over it fiercely.

Maria stayed behind in prison. She was eventually released and joined Hugo in Paris. He was never allowed to return to his home country and Maria returned there only to die.

The story of this audacious escape has been written about in books, poems, and plays over the centuries. The first to record it was Gerard Brandt, who actually spoke to Elselina herself, so it is a first-hand account. Brandt’s son Caspar compiled his father’s notes and published them as Historie van het leven des Heeren Huig de Groot, beschreven tot den aanvang van zyn gezantschap ... aan’t hof van Vrankryk (Dordrecht/Amsterdam,1727; 10760.g.12.).

Brandt’s notes show how Elselina looked after the chest with its precious contents with great dedication. The chest was of course heavy and the soldiers carrying it noticed that and suggested De Groot must be in it. To see if that were true they wanted to drill a hole right through the chest. She replied that they needed a drill as long as the way to his rooms in the castle. Then the captain of the ship that would take them to Gorinchem wanted to put down a rickety plank over which the soldiers had to carry the chest. She was having none of it, saying that the chest could easily fall in the water and then ‘all the books would be spoiled. They were fine books that had been borrowed, so had to be returned in good order.’ I think she missed her vocation as a librarian. A sturdier plank was duly supplied.

Elselina van Houwening survived Hugo and Maria by decades. She died in March 1681 and was buried on the 8th of March, only a few weeks short of the 60th anniversary of the escape. 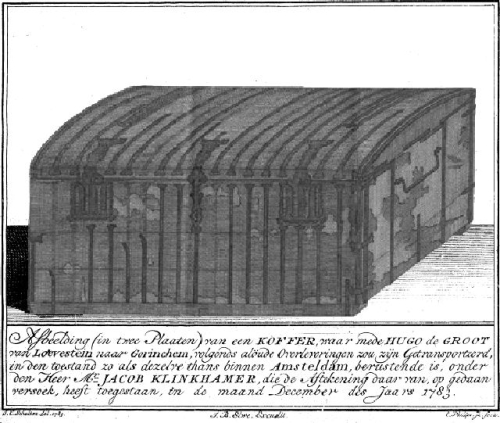 And what happened to the chest? Well, as with so many ‘mythical’ objects, there are three chests which the institutions that hold them claim to be the real one. These are at the Rijksmuseum, Slot Loevestein and Het Prinsenhof in Delft. Recent research has concluded that the Delft chest has the best claim, but the outcome was not conclusive. It is much more likely that the original chest disappeared sometime in the 17th century. 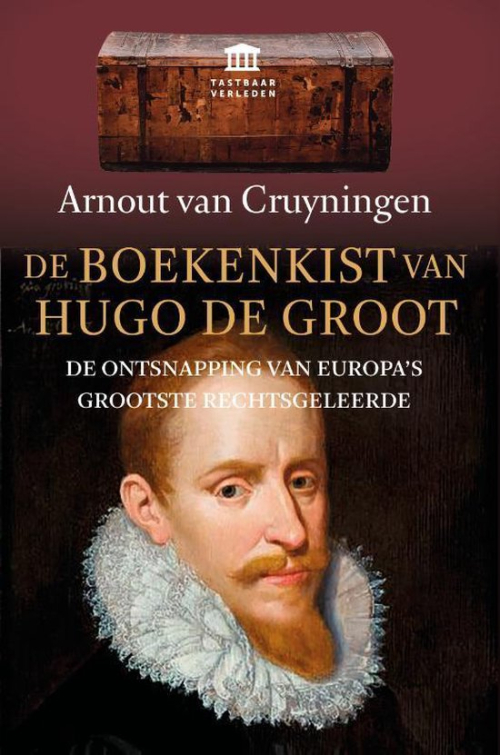 The latest book on the topic has just come out and is by Arnout van Cruyningen. (Utrecht, 2021) which will be available for BL readers later this year.

Posted by European Studies at 3:19 PM