With Euro 2020 in full swing, we've come up with a few football-related titles from the collections. First up, the Nordic teams and Germany...

There were initially three teams represented in the Euros from the Nordic region, Denmark, Finland and Sweden (only Denmark and Sweden have made it through to the last-16). Denmark’s game with Finland was marred by Christian Eriksen’s awful cardiac arrest and the Nordic teams – and every other team – have continued to show their support for his recovery above anything else.

A few avenues for Nordic football exploration… Of course, Denmark won the 1992 Euros courtesy of the disputably greatest ever Nordic footballer, Michael Laudrup. That championship-winning experience was made into the film Sommeren ’92. You can read about the legendary but alas trophy-less Danish team of the mid-eighties, the pre-Laudrup era, in Rob Smyth’s Danish dynamite: the story of football's greatest cult team. 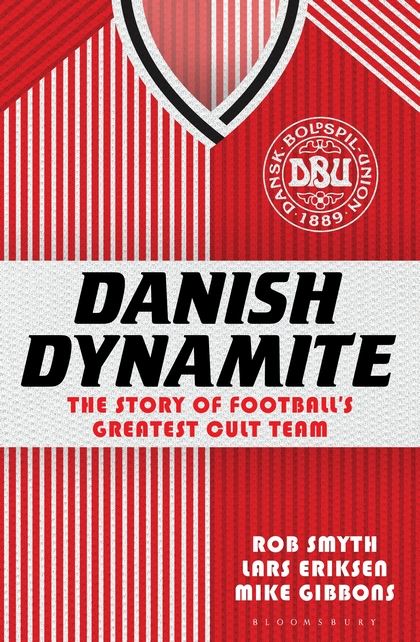 Running Laudrup close in the GOAT-stakes has to be Zlatan Ibrahimović, who’s known universally by his forename alone and for his highly entertaining talent for self-promotion, hence the recent book I am Football (YKL.2019.b.3638). Readers would be wise to go to Zlatan’s autobiography I am Zlatan Ibrahimović (ELD.DS.185859), which gives insight into the challenging upbringing of a second-generation migrant in Malmö. Zlatan unfortunately cannot play this tournament but his understudy, Alexander Isak, raised the literary stakes when he recently revealed a love of reading stoic philosophy, which surely rubbed off on the team in their first gritty outing against Spain. 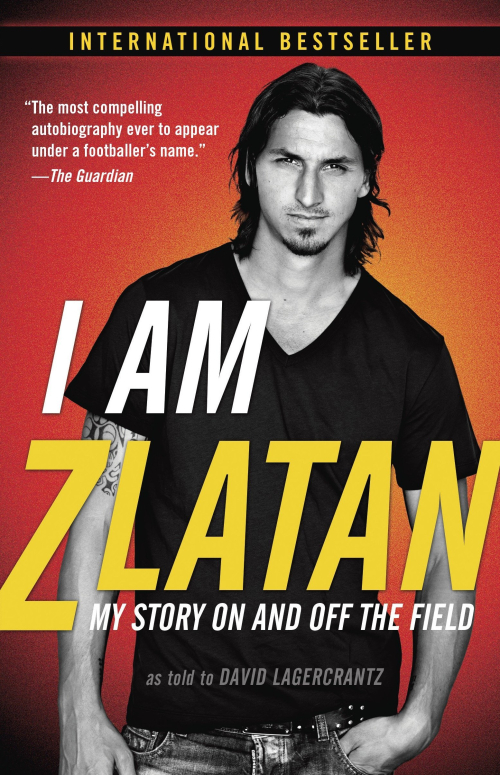 The biggest surprise had to be Finland’s first-time qualification for the Euros. They no doubt channelled their famous pessimism to manage their expectations at the tournament, as The Guardian’s run-down of potential exclamations from Finnish fans implies: “Hävittiin kenelle pitikin”, meaning “We lost against a team we expected to lose against”. Literature around Finnish football is a little harder to come by at the library. Manager Markku Kanerva did however win the annual “Markku of the Year” award in 2009 and the BL is a lot stronger in collections by other worthy Markkus, if environmental economics is your thing.

Apparently football-related titles in German literature may not always be what they seem. The short-lived magazine Jedermann sein eigenes Fussball (‘Every man his own football’) has nothing to do with the beautiful game. Its surreal title and accompanying vignette of a human-football hybrid are expressions of the Dada movement of the early 20th century. Likewise Peter Handke’s short novel Der Angst des Tormanns vor dem Elfmeter (The Goalie’s Anxiety at the Penalty Kick) relates only tangentially to football. The protagonist is a former goalkeeper, but this has little bearing on the story, and the title is a briefly-referenced metaphor for the way he reacts to events rather than initiating them. 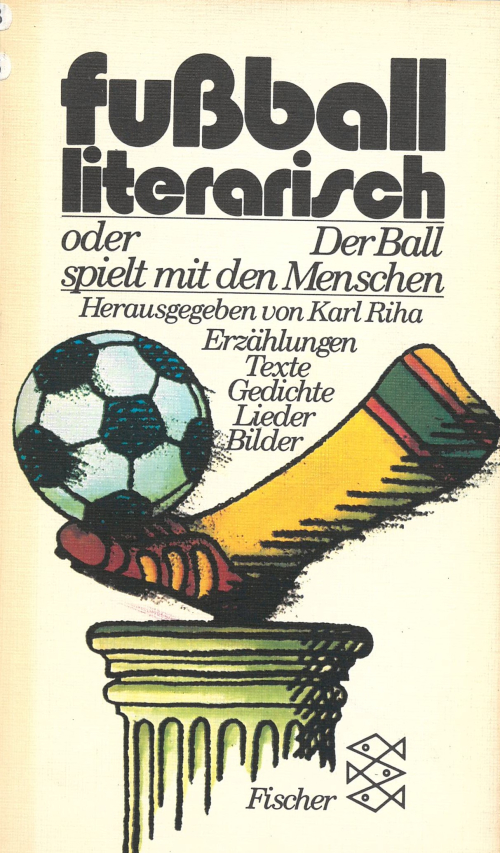 However, Handke’s short poem ‘Die Aufstellung des 1. FC Nürnberg vom 27.1.1968’ is firmly football focused, consisting entirely of the eponymous line-up (in 5-3-2 formation) of FC Nürnberg for a game against Bayer Leverkusen. This is one of the pieces collected in the anthology Fussball literarisch, which brings together poems, songs, stories, playlets and pictures. Most of the authors are clearly fans, and some, such as Eckhard Henscheid, Ror Wolf and Ludwig Harig, are or were well known for their love of the game and their writing about it. Henschied is a member of Germany’s ‘Academy for Football Culture’, a body that encourages the recognition of football as a ‘cultural and social phenomenon’. This shows how seriously the Germans take their football, as does the existence of their National Writers’ Team, whose members have produced two other footballing anthologies, Titelkampf and Fußball ist unser Lieben.

Posted by European Studies at 10:25 AM