‘Italy is full of libertines and atheists’, records French scholar and librarian Gabriel Naudé in the early 17th century. The philosophy of libertinism involves the disregard of authority and convention, especially in religious or sexual matters. Libertine ideas in Italy survived the Counter Reformation and were still in circulation in Europe until the Enlightenment. Sexuality –including homosexuality – was considered in positive terms.

The multiple dynamics of sexual desire emerged in vernacular literature in Italy from the beginning, despite being overlooked by literary criticism. Homosexuality in ancient Rome is a popular subject of studies, with Petronius’s Satyricon considered as ‘the first gay novel’ (Byrne Fone, 1998). Neri Moscoli and Marino Ceccoli, contemporaries of Dante and Petrarch, were leading exponents of the homoerotic Perugian school, sodomiti perugini, but their genre was assimilated by the traditional critics to comic poetry. They were not alone. Numerous authors of the Italian canon celebrate same-sex love in their works: Boccaccio, Poliziano, Boiardo, Ariosto, just to mention some names influential or active around the historical period I am focussing on.

Even though the accusation of sodomy was broadly used against artists and writers, not many were actually charged. Goldsmith Benvenuto Cellini (1500-1571) proudly proclaimed his love of men in his art, in his life and in front of a Florentine court, as he was condemned to prison in 1557. His wonderful autobiography was published in 1728 with a false imprint, i.e.: a fake foreign place of publication to escape censorship. The first English translation, by Thomas Nugent, appeared in 1771. 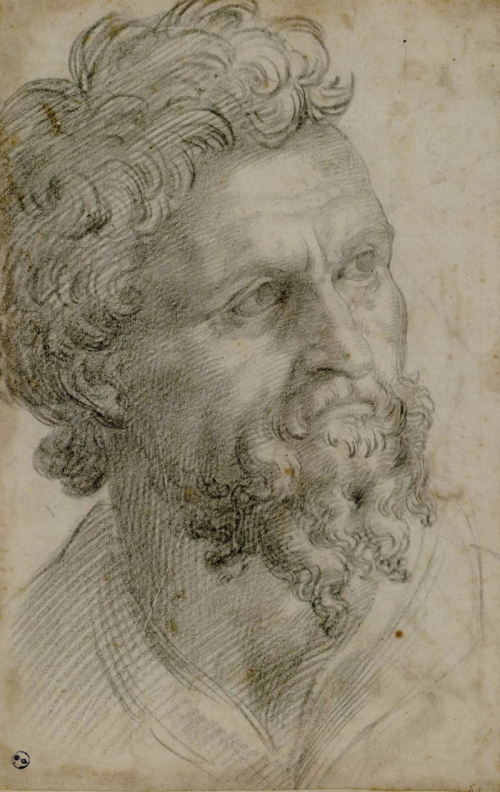 The two main centres of circulation for libertine ideas in the Italian peninsula at the time were Venice and Rome.

In papal Rome, despite theological condemnation of sodomy, homosexuality was popular behind closed doors. The son of Lorenzo ‘il Magnifico’ de’Medici, Giovanni, fosters a homoerotic and homosocial culture at his court when he becomes Pope, under the name of Leo X.

In Venice, the Accademia degli Incogniti was active in the mid-17th century and the most freethinking intellectuals of the period would meet under its name.

The book, in form of a Platonic dialogue, describes a schoolmaster’s efforts to seduce his young student, Alcibiades:

Sono naturali quelle opera a cui la natura ci inclina, de’ quali pretende il fine e l’effetto.
Those acts to which we are inclined by nature are natural, and she has seen to their end and their effects. 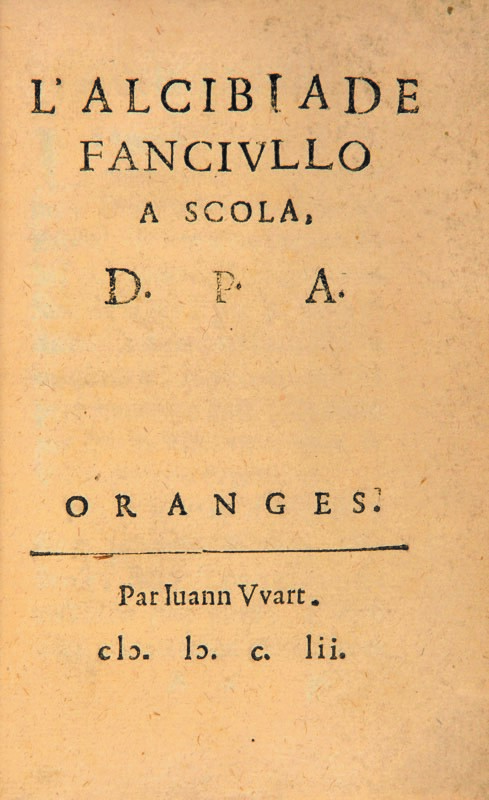 More political is the literary production of another member of the Incogniti, Ferrante Pallavicino. Pallavicino leaves his noble family in Piacenza to live a picaresque and, sadly, short life. He writes against the Pope and the Catholic Church, against the Jesuits, against the Spanish Inquisition and the Spanish domination. He was only safe in Venice, where he wrote his irreverent novels and satires. The Pope deceived him and had him beheaded in Avignon in 1644, aged 28. The anticlerical Il Divortio celeste ('The Celestial Divorce', Italy, Villafranca; 8005.a.47.(1.)) became incredibly popular in Italy and in Protestant countries.

Pallavicino also wrote Il principe hermafrodito, (‘The Hermaphrodite Prince’ Venice, 1656; 246.a.13.(3.)) a novel which explores the theme of transvestitism and cross-dressing, both common ingredients of the Baroque theatre and the Venetian opera, together with a more nuanced approach to issues of gender. 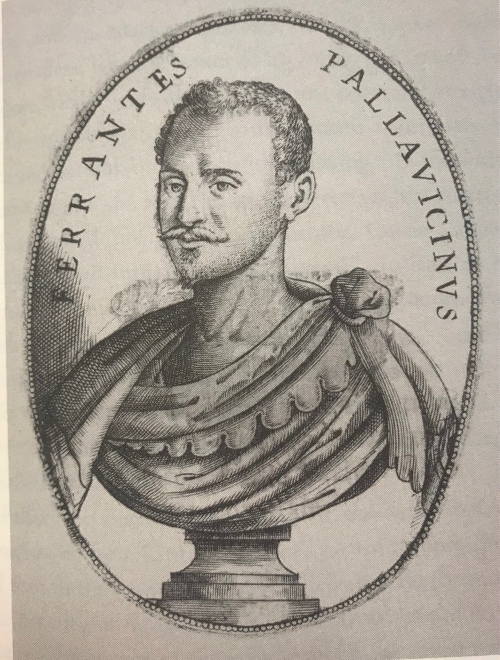 The Hermaphrodite Prince discovers that they are, in fact, a Princess. They take a male lover and dress as a woman to facilitate their encounters. The Prince will take the throne and govern as a Queen, with the lover on their side:

Io sono la Principessa e il Principe nel composto medesimo. Sara’ estinto il Principe, […] Rimarra’ la sola Principessa, per felicitarsi con quella maggior copia di piaceri […] Rinuncio a mentito nome e a mentite spoglie, per non piu’ mentire negli amori.
(I am the Princess and the Prince in the same body. The Prince will no longer exist […] only the Princess will remain; to enjoy abundant pleasures […] I surrender my name and my disguise, so that I will no longer lie to my love. [my translation]).

Benvenuto Cellini, The Life of Benvenuto Cellini: A Florentine Artist ... Written by Himself ... and Translated from the Original by Thomas Nugent, (London, 1771) 786.g.4-5.