In the past authors were commonly men of means, churchmen or the servants of great houses. In times nearer our own they’ve had to turn to working in offices.

Poet Laureate Simon Armitage worked in the probation service, and describes how when looking over his papers, now in the Brotherton Library in the University of Leeds, he found drafts he’d written on the back of probation service stationery.

Spain’s greatest Romantic poet Gustavo Adolfo Bécquer (1836-70) lived and wrote the life romantic. He took a copyist’s job in the Dirección de Bienes Nacionales. When the boss went on a parish visit he found Bécquer drawing.

‘What’s this?’ he asked.
Without looking up, and assuming he was talking to one of his comrades, Bécquer said, ‘It’s Ophelia, scattering her garland. And the man is her grave-digger.’
He was sacked on the spot. (López Núñez, pp. 28-29)

J.-K. Huysmans was a junior clerk in the French Ministry of the Interior for 32 years, writing reports for the Sureté Générale:

On the stroke of eleven, he arrived at the offices of the Sureté Générale in the Rue des Saussaies. Here he spent the next six hours, copying out official letters, adding up columns of figures, and – like so many other young writers employed in various French ministries – working on his own books and articles. (Baldick, p. 66) 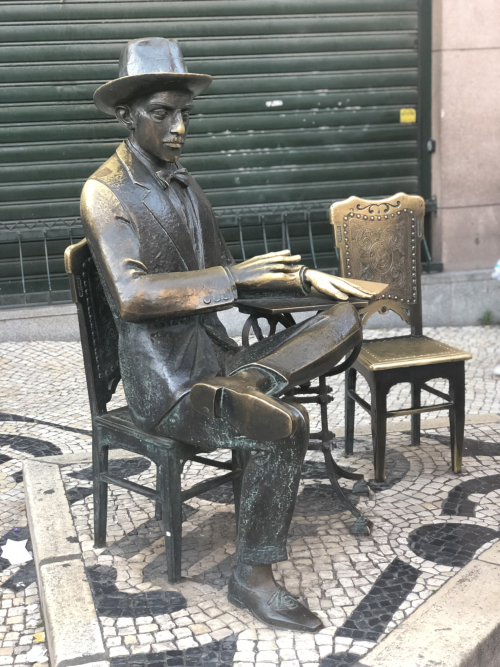 Fernando Pessoa too lived the life of the pen-pusher, living in digs and eating in cafés. His command of English, nurtured during his boyhood in South Africa, qualified him well for commercial correspondence. (He presented his English poems, with his compliments, to five libraries in Britain, including the then British Museum Library (C.127.c.30).)

A case even nearer home was Sir Henry Thomas. He took a PhD. in French at Birmingham and was recruited to the BML in 1903 and put to cataloguing its early Spanish books. He served the BML in peace and war, giving a radio talk on Cervantes contra Hitler in 1943 (012301.m.49). 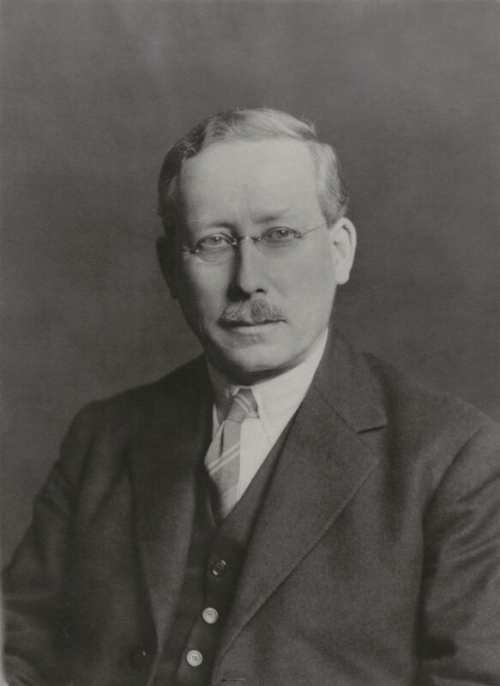 He was also a literary scholar of accomplishment, author of Spanish and Portuguese Romances of Chivalry (1920), still used today. Margaret Drabble in her life of Angus Wilson rather dismissively says:

Henry Thomas, Hispanologist, bachelor and bibliographer, was Deputy Keeper: he was a devoted pilgrim on the road to Santiago de Compostela, and wrote about miracles, translated his own work into Spanish, and was suspected of being very pro-Franco. (p. 80)

He studied early English translations of Góngora, and was himself a published translator. His Star of Seville (La estrella de Sevilla), from the Spanish of Lope de Vega (or at least attributed to him) came out in 1935. 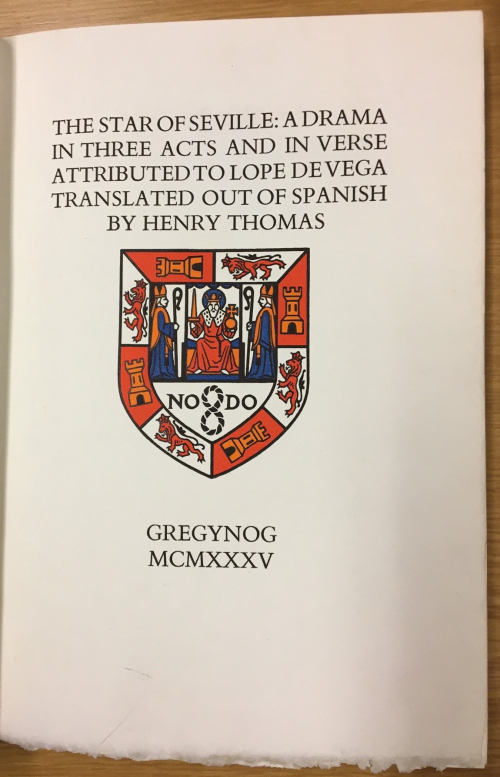 And here I can put on record that I’ve seen the rough draft which he wrote on the back of the eggshell-blue title slips which were used for cataloguing in the BML. 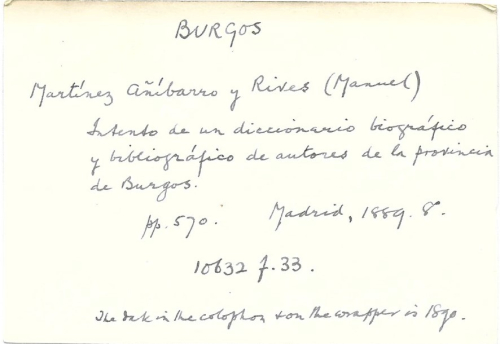 Bibliographical note in the minute and particular hand of Sir Henry Thomas.