This is a general knowledge quiz question: “What is the link between a brass bottle and football”? Sorry, wrong question. The correct question should go like this: “What is the link between The Brass Bottle and Soviet football”? If you have ever read the comedy novel by F. Anstey (real name Thomas Anstey Guthrie), The Brass Bottle (London, 1900; 12632.i.26.), or seen one of the films based on this novel, you might remember that this is a story about an ordinary man who found a jinn. The novel influenced not only George Orwell, but also a young unknown Soviet writer Lazar Lagin, who read it as a boy in an early Russian translation. 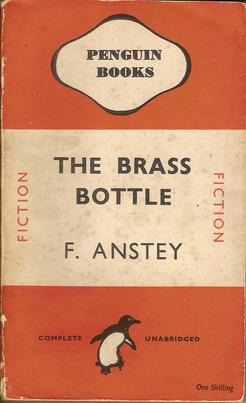 Cover of the 1946 Penguin edition of The Brass Bottle by F. Anstey. Source: Wikipedia

In Lagin’s fantasy published in the most popular Soviet children’s magazines Pioner (Young Pioneer) in 1938, a Soviet boy, Vol’ka, fishes out a strange jug from the Moscow River. Old Jinn Khottabych was imprisoned there by an angry sultan and Vol’ka lets him out. Khottabych is happy to fulfil all Vol’ka’s wishes, but at first he finds the life and customs in the Soviet Union too strange and egalitarian for his liking. 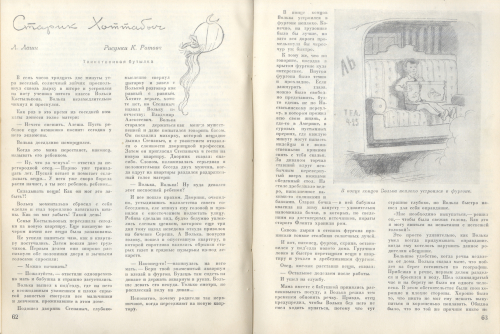 On one occasion, they go to a football match between popular teams Chisel and Puck. Vol’ka and his friend Zhenia – both big Chisel fans – want to impress Khottabych by the beauty and energy of football, which has become one of the most important sports in the USSR. Lagin warns his readers that “During the days of football competitions, the entire population of Moscow is split into two camps who do not understand one another. In one camp, there are football enthusiasts. In the other camp, we find mysterious people, completely indifferent to this fascinating sport”.

At the very beginning, Khottabych belongs to the second camp. He struggles to understand (and sometimes I still do, too) why 22 strong, young men are chasing one ball: “Will these twenty-two nice young men have to run over such a vast field, lose strength, fall and push each other only to be able to touch a plain leather ball for a split moment? Is it because there was just one ball for all of them to play with?”

Once I quoted Khottabych to one of my football-fan friends, and he in full seriousness started explaining the rules of the game to me. Little did he know what Khottabych had done in Lagin’s book! Khottabych gives each player a ball to enjoy: “Something unheard of in the history of football has happened. It is impossible to explain from the point of view of the laws of nature either: twenty-two brightly coloured morocco balls fell from the sky and rolled across the football pitch”. 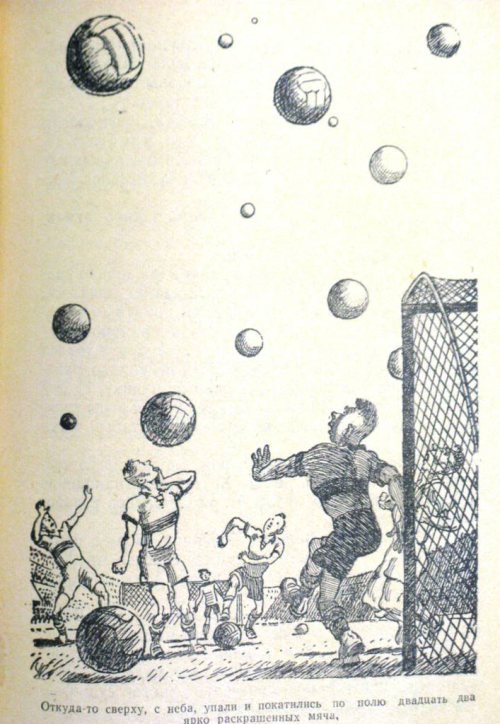 Illustration from Starik Khottabych showing 22 balls falling from the sky onto the football pitch (Rotov, 1958)

The game is stopped, but not ruined. However, because of the episode with the 22 balls, the Puck team missed a good opportunity to score, and Khottabych, feeling increasingly guilty, starts to support it. Of course, Vol’ka and Khottabych end up on different sides of the barricade: Vol’ka supports Chisel and Khottabych – Puck!

Everyone knows that cheating is bad. But, maybe, just a little bit... Not being aware of Khottabych’s growing sympathy towards Puck, Vol’ka is carried away with the idea of exercising the magic power of the jinn. He asks Khottabych to “move Puck’s goalpost a little bit, when Chisel are kicking”. And Khottabych does the complete opposite:

The second goal in three minutes [to Chisel]! And both times through no fault of the goalkeeper. The goalkeeper fought like a lion, but what could he do? At the moment when a Puck player was kicking, the upper bar of the Chisel goal moved up by itself to let the ball fly past his fingertips. Who should he tell about it? Who would believe it? The goalkeeper felt sad and scared like a little boy who had gotten into a deep forest at night. 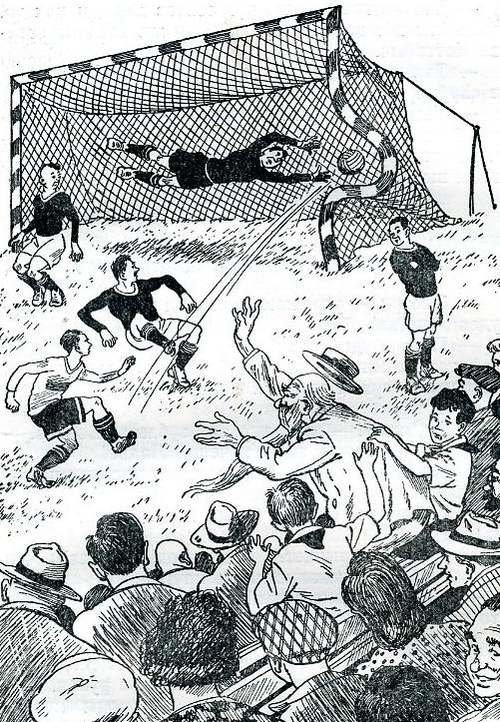 But only when the Puck goalpost moved inwards to prevent Chisel from scoring, does the penny drop and Vol’ka realises that Khottabych has become a football fan – he could no longer control himself and used all his magic power to help his team. By the end of the first half Puck was winning 24:0! Vol’ka became very angry: “- I demand, I finally order you to stop this mockery immediately! - he hissed at Khottabych. - I will unfriend you forever! Choose: me or Puck! - You’re a football lover yourself, so can’t you understand me? - the old man pleaded. But, this time he understood by looking at Vol’ka's face, that their friendship may really end”. After Khottabych pulls out a hair from his beard and mumbles some spells, all 11 Chisel players suddenly become unwell and are diagnosed with measles. The game is stopped and the score is declared invalid. The story goes that the next day the footballers woke up perfectly healthy. “This rare fact was described in detail in an article by the famous professor L.I. Pertussis. His article was published in the scientific medical journal ‘Measles and Illness’. The article is called ‘Here You Go!’ and is so successful that it is completely impossible to get the issue of the journal with this article in public libraries. So you, dear readers, better not even try. You won't find it anyway, and will just waste your time”. 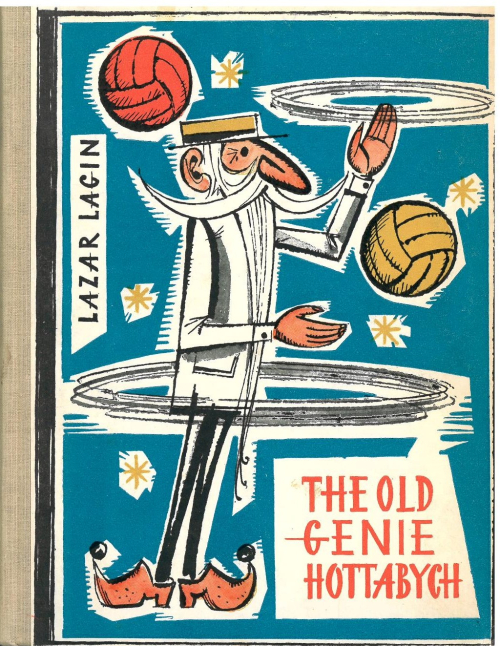 I should probably confirm at this point that even the British Library does not hold this article, but instead holds several editions of The Brass Bottle and quite a few books by Lagin, including several editions of the story about Khottabych and even an English translation of it. Therefore, you won’t waste your time if you come to the Library some time between the Euro 2020 matches, as you may explore the links between bottles, jinni, football and Soviet pioneers for yourself.

Posted by European Studies at 9:50 AM