In 1926, the Russian Bear first spoke English: twenty-one tales about bears were collected and translated into English by Jane Ellen Harrison and Hope Mirrlees. In The Book of the Bear these two British women taught the Russian Bear to speak English. Ray Garnett (Rachel Marshall, wife of David Garnett and sister of the translator and diarist Frances Partridge) shared with the British public her vision of how it might look like. The Russian Bear in its English reincarnation appeared to be well connected to the Bloomsbury group of intellectuals and even to the British Museum Library (David’s great-grandfather and grandfather both worked there).

But why did it draw such attention? 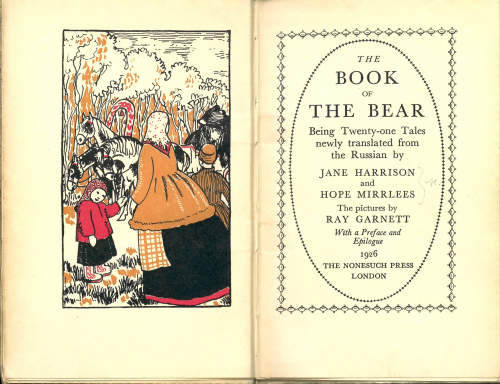 Title page of The Book of the Bear

Jane Ellen Harrison (1850-1928) received a classical education at Cambridge, which, however, did not prevent her from being truly interested in Russia. Harrison developed an interest in this distant and strange country as a child, when her father, who had business connections in the Baltic region, brought home "caviar, cranberries and deer tongues" as a gift from Russia. Later, by 1919, she completed the Russian language course at the University of Cambridge and was able to teach it, which she did for several years, using her original methodology. Despite the fact that later her interest in Russia took an academic form, Russia forever remained for Harrison a country where bears with a mysterious Russian soul live. The bear image was one of the key ones for Harrison, especially considering her passion for totemism. She once even address her friend Prince Svyatopolk-Mirsky “Dear Bear Prince”. 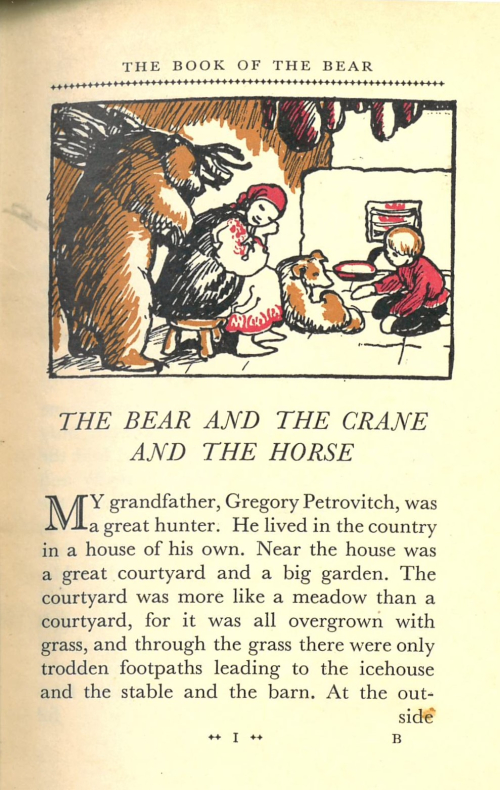 In her preface to The Book of the Bear Harrison explained:

The bear is “in all respects like a man,” but there are many men – the stories here collected are with one exception all Russian, and in them the beast is seen as a true Russian, friendly, hospitable, cheery, the best of comrades, the worst of officials, tolerant of all social vices, pitiless only to the pretentious. 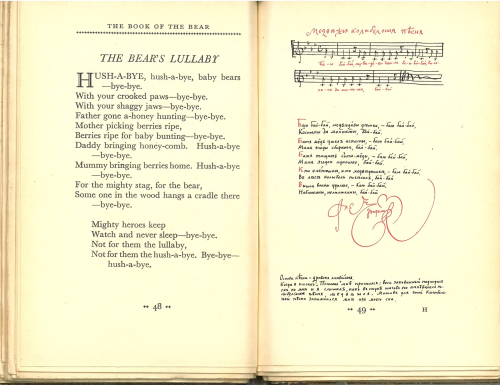 'The Bear's Lullaby' in The Book of the Bear

Everyone who knew her knew about the serious emotional significance she attached to what she considered her totem — the bear. Her bear cult - an emotional consequence of her anthropological research - was, it seems to me, a symbol of her entire religious worldview. Since the bear, the most human-like of the beasts <...> symbolized for her the unity between the living nature and the identity of man and beast. I venture to suggest that one of the psychological reasons for her love for Russia was the figure of the Russian bear, which had long and firmly embedded in the tradition thanks to British cartoonists. In any case, the psychological identity Russia = Bear was undoubtedly real for her, and played a significant role in her attachment to Russia. 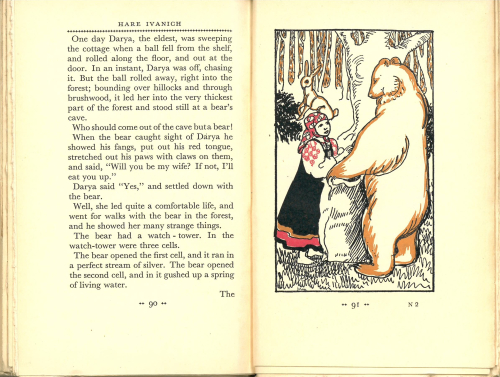 Jane Ellen Harrison, and Hope Mirrlees, The Book of the Bear: being twenty-one tales newly translated from the Russian. The pictures by Ray Garnett, etc. (London, 1926). 12403.aaaa.26.