700 years of Dante at the British Library

Today, 14 September 2021, we mark the 700th anniversary of the death of Italian poet Dante Alighieri. His main work, the Divine Comedy, is widely considered one of the most important works of literature. His vision still informs our idea of afterlife: how Hell, Purgatory and Paradise look like. His poetry still moves and inspires.

The British Library holds outstanding Dante collections, dating from the Middle Ages right up to the present day, which you can find out about in the following video made especially to celebrate this anniversary. The video has been made by European and American Collections in collaboration with Western Heritage Collections.

This video offers the rare opportunity to look at the circulation of one work of literature across seven centuries. Nothing survives in Dante’s own hand. The manuscripts of the Divine Comedy are, for this reason, even more important. The invention of printing shows how Dante was very popular in the 15th and 16th centuries in Italy, and his limited fortune during the Baroque and Enlightenment eras.

The Romantic era, the Risorgimento and the Italian unification sparked a new and increased interest in Dante as national poet. The Divine Comedy was acknowledged as the greatest work of poetry in Italian and became the subject of studies in Italian schools and universities. Translations started to become popular outside of Italy (we have editions of the Divine Comedy in about 40 different languages in our catalogue) and Dante studies became a subject in itself. 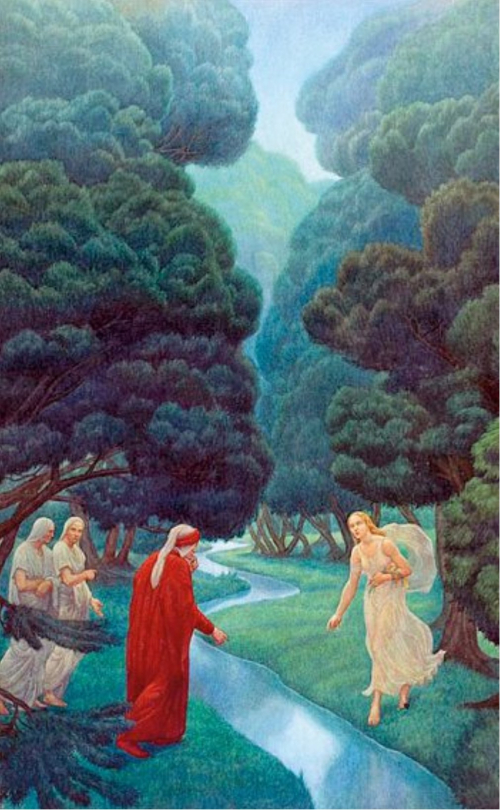 Dante became popular in the mass media: for example, the first Italian feature length movie, commissioned in 1911 for the 50th anniversary of Italian unification, was inspired by the Divine Comedy and titled Inferno.

The political importance of the Divine Comedy is shown by the number of editions published in the 20th century, many directly sponsored by the Italian government.

Two of them are shown in the video. La Divina Commedia novamente illustrata da artisti italiani a cura di Vittorio Alinari (Firenze, 1902-3; 11420.k.11.) is the first. This lavish edition includes works of 59 young artists who had won a contest to produce new illustrations for the Divine Comedy. Two of them, Duilio Cambellotti and Alberto Martini, both in their early twenties at the time of the competition, distinguished themselves with a work of great graphical interest that shows their Symbolist style and anticipates the development of Art Nouveau. 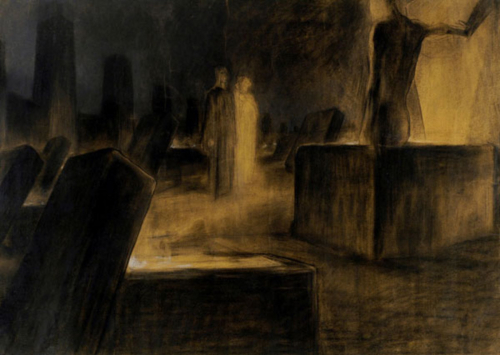 The second work that I show is La Divina Commedia / illustrazioni di Dalì ([1963-64], awaiting shelfmark). On the occasion of this anniversary the British Library had the opportunity to acquire a precious edition of the Divine Comedy illustrated by the Spanish painter Salvador Dalì. This edition was commissioned on the 700th anniversary of Dante’s birth, in 1965. The painter took nine years to complete this work. In this collection of 100 watercolour woodcuts, Dalì adds elements of his iconic and unique imagination to Dante’s vision: desolate landscapes, crutches, spiders, figures with drawers. 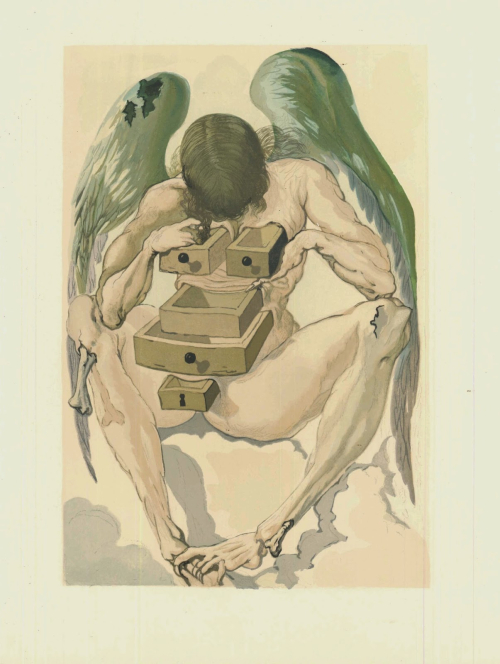 We couldn’t include them all in the video, but here are some other remarkable editions:

La Divina Commedia. Illustrazione su cento cartoline eseguita da artisti fiorentini, ideata e diretta dall’ingegnere Attilio Razzolini. (Milano, [1902, 03]). 11421.e.23. This is a collection of 100 postcards, one for each canto, in Gothic revival style. Each of them is decorated with miniatures by the illustrator.

Interested in learning more on Dante? Join us tonight for the online event Dante in the British Library: Hell, Purgatory and Heaven (Tuesday 14 September 2021, 19:30 - 20:30).

Posted by European Studies at 1:00 PM