Celebrating 700 years of Dante at the British Library

Tuesday 14 September 2021 will be the 700th anniversary of Dante Alighieri’s death. The British Library holds extensive Dante collections, with some richly illuminated manuscripts and precious printed editions of Dante’s masterpiece, the Divine Comedy.

To celebrate the Italian poet (c. 1265-1321) we have organised an online event, Dante in the British Library: Hell, Purgatory and Heaven, presenting original research on the Divine Comedy. Dr Alessandro Scafi of the Warburg Institute will focus on Dante’s vision of the Garden of Eden against the backdrop of medieval tradition, seen through maps. The second lecture will be given by Elisabeth Trischler, who is currently a PhD candidate at the University of Leeds. Elisabeth will be speaking about the expansion of Florence during Dante’s lifetime and how it influenced the Divine Comedy. She will look at two examples: medieval representations of cities, and towers. 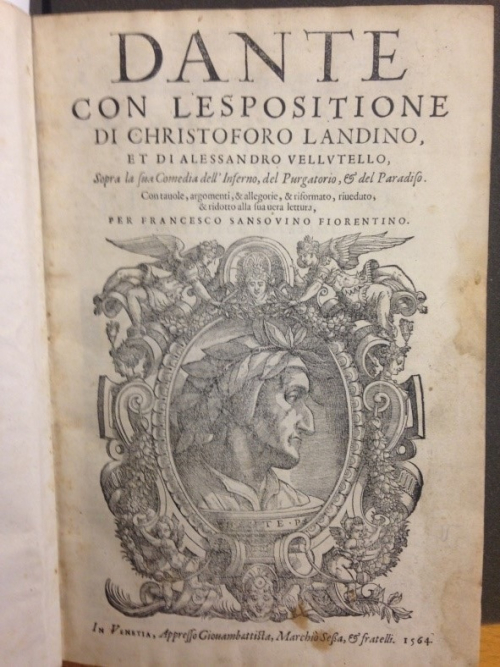 We will also be sharing something really exciting about Dante and the British Library’s Dante collections in the coming weeks!

In the meantime, I would like to share some of my favourite lines from the Divine Comedy. It is a quote from Ulysses’ ‘little oration’ to exhort his companions to set sail towards the unknown. This sums up Dante’s own desire for knowledge, which he passes on to all his readers:

Consider well the seed that gave you birth:
you were not made to live your lives as brutes,
but to be followers of worth and knowledge.

Posted by European Studies at 11:10 AM