Content warning: This blog reproduces an image from a historical publication which is now considered racist

Last week, the Zanzibari writer Abdulrazak Gurnah became the first black African author in 35 years to win the Nobel Prize in Literature. Judges from the Swedish Academy highlighted his ‘uncompromising and compassionate penetration of the effects of colonialism’ as a key reason for the distinction.

Much of Gurnah’s writing is set in East Africa, and his latest novel, Afterlives, explores the impact of German colonialism on the region. The novel’s protagonists are residents of a coastal town whose lives become shaped by interactions with German soldiers, settlers and missionaries.

Gurnah’s receipt of the Nobel Prize is not only a testament to his literary prowess, but also reflects a long overdue process of engagement by European cultural institutions with the history of colonialism. As part of a three-month PhD placement, I am investigating what the British Library’s collections reveal about German colonialism and its legacies. 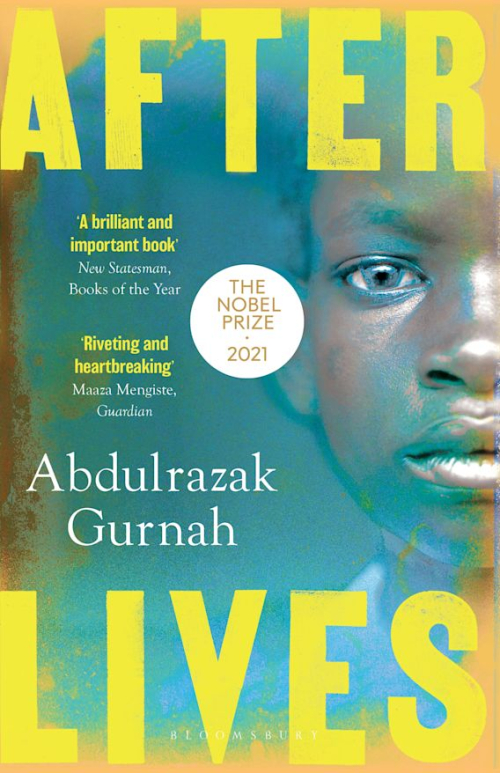 By consulting curators in various collections and exploring the Library’s holdings in their full breadth, including sound recordings, maps and postage stamps as well as written material, I hope to identify the potential for interrogating European accounts and locating under-represented, colonised and subaltern voices.

The era of formal German colonialism was short compared to other European empires such as Britain and France. Germany, which did not become a unified state until 1871, expanded into eastern Africa and modern-day Namibia, Cameroon and Togo in the 1880s, and established colonies in China and the Pacific a decade later. After defeat in World War One, Germany lost all of its overseas territories, with Britain taking over most of German East Africa.

The involvement of German speakers in colonial projects, however, has a longer history. In the first half of the 19th century, missionaries from German regions travelled to Africa to propagate Christianity.

One such individual was Johann Ludwig Krapf, whose activities were pointed out to me by Mariam de Haan from the British Library’s Asian and African Studies department. A clergyman from Württemberg, Krapf worked in East Africa between 1837 and 1855, and was one of the first Europeans to document the Swahili, Maasai and other regional languages.

In an account of his travels, available digitally in German on the British Library’s website, Krapf proposed that European nations take charge of different areas of Africa and Asia. Each power would place the indigenous peoples under their tutelage until Christianity had brought them to ‘full maturity’. 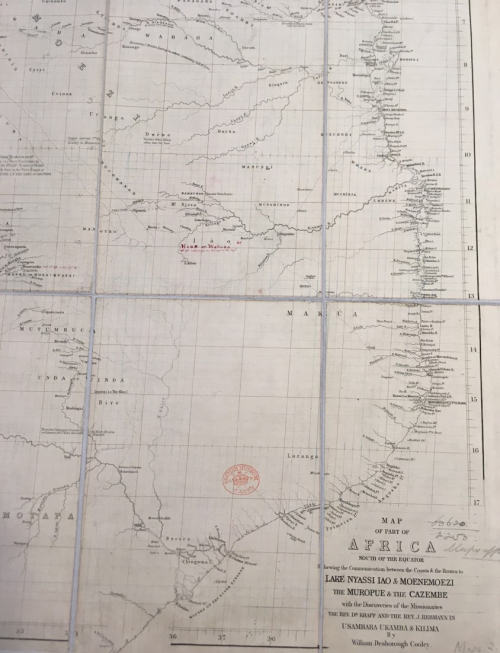 Krapf’s geographical findings are shown on W.D. Cooley’s ‘Map of part of Africa, South of the Equator, shewing the discoveries of the Rev. Dr. Krapf and Rev. J. Rebmann' (London, c. 1864) 2.b.14.

Krapf’s life provides an example of the transnational entanglement of European actors in ‘civilising’ projects. He did not travel under a German organisation, but rather as a member of the British Church Missionary Society, and likened his activities to Scottish counterpart David Livingstone’s work in southern Africa. In London, the cartographer William Desborough Colley published a map (shown above) charting the geographical findings of Krapf and fellow German missionary Johannes Rebmann.

In the mid-1880s, the German East Africa Company sought to gain economic and political power in the region. Following heavy local resistance to the company’s administration, the German government took control of the territory in 1891.

Early opposition came in particular from the Hehe ethnic group. In 1891, Hehe warriors ambushed a German column in what became known as the Battle of Lugalo. The German defeat, with heavy losses, was described as a ‘catastrophe’ in the memoirs of the officer Tom von Prince, who acknowledged admiringly how the Hehe leaders had exploited their enemy’s vulnerability when marching in line. 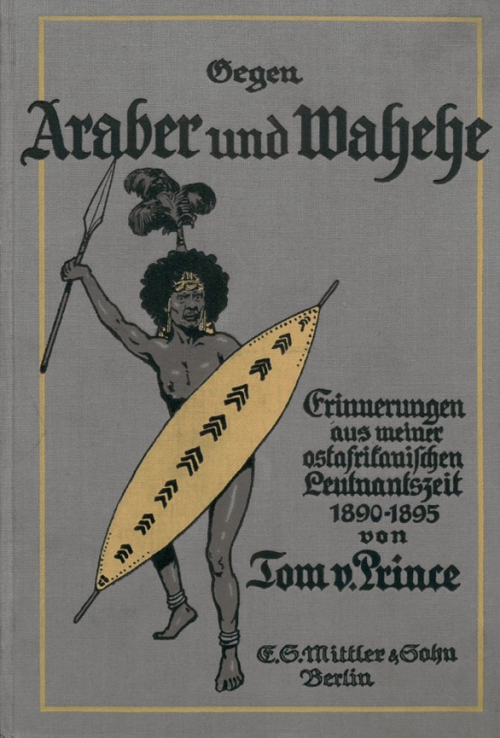 Accounts of indigenous resistance in the British Library’s collections are not limited to German perspectives. The Sound and Moving Image catalogue contains interviews recorded by Alison Redmayne, a researcher who conducted fieldwork in Tanzania during the 1960s. Redmayne collected interviewees’ descriptions of the Battle of Lugalo and the Maji-Maji Rebellion, a major uprising between 1905 and 1907.

The uprising began when a spiritual medium, Kinjikitile Ngwale, claimed that a water-based medicine (maji means water in Swahili) would protect rebels from German bullets. After Tanzania became independent in 1961 following British rule, the Maji Maji Rebellion was celebrated as a moment of unity between different ethnic groups.

Ebrahim Hussein’s popular play Kinjeketile, published in 1969, reimagined the leader – who was executed by colonial officers early in the rebellion – as a tragic hero who privately doubted the power of his ‘sacred water’ but kept silent to preserve the newfound solidarity among the rebels. 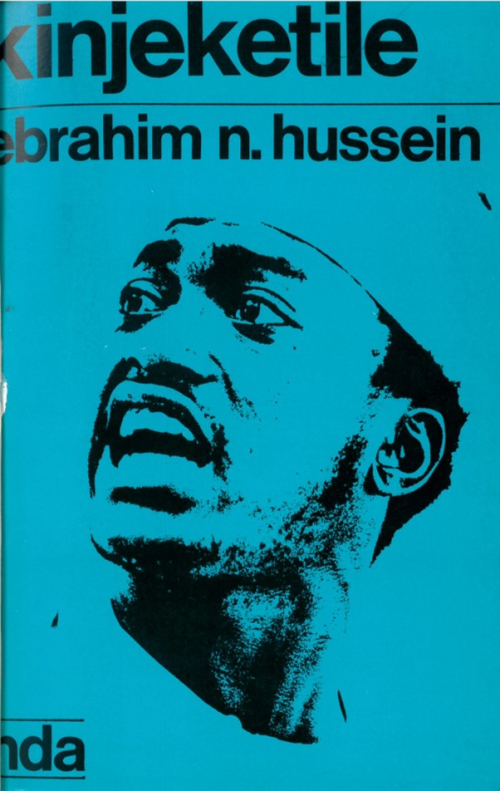 Early postcolonial interest in the Maji Maji Rebellion was also reflected in an oral history project at the University of Dar es Salaam in the late 1960s, in which students interviewed individuals who experienced the uprising. A published collection of material from the project, including transcriptions of the interviews in local languages and translations into English, can be found in our holdings.

In recent years, historians have revisited the interviews and highlighted underexplored passages which challenge the notion of the Maji Maji Rebellion as an interethnic struggle against European domination. Thaddeus Sunseri, for example, has pointed to instances of collaboration with the Germans and emphasised the variety of motives behind participation in the revolt. 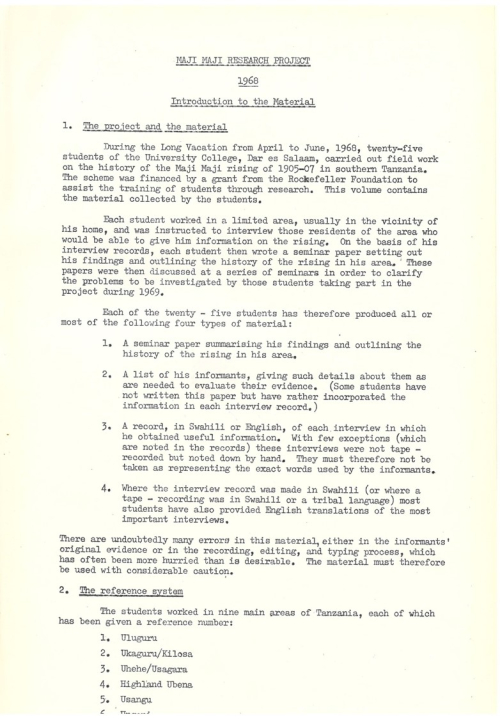 Abdulrazak Gurnah’s Afterlives, too, illustrates the complex choices faced by individuals whose lives are disrupted under foreign rule, and Gurnah’s works are a reminder that understandings of the colonial past are constantly evolving. The British Library does not contain everything there is to know about European colonialism: accounts from colonisers and European perspectives are likely to be better represented than the voices of the colonised, which sometimes survive only in mediated form. Nonetheless, the collections offer potential for new insights which can only be realised through dialogue across departments and across source collections.

I have been astounded by the wide range of relevant material which I have found in the library so far, and, when speaking to colleagues, I think they have been surprised too. As my project continues, I look forward to sharing further library resources for investigating colonialism with colleagues and library users.

Posted by European Studies at 11:25 AM