Lesia Ukrainka at 150: A journey through the British Library collections (Part II)

The modernist Ukrainian writer Lesia Ukrainka (pen name of Larysa Kosach-Kvitka) pioneered a new feminist literature at the forefront of European trends of the time. Her dramas, poetry and prose address concerns from gender and race to feminism and environmentalism. In the year of the 150th anniversary of her birth, the British Library and the Ukrainian Institute London will shine a light on this remarkable figure at an event on 16 November 2021.

In the second of a two-part blog post, we explore aspects of Ukrainka’s life, work and legacy through items held in the British Library. It is co-authored by Dr Sasha Dovzhyk, a Ukrainian writer and scholar based in London, who will take part in the event. 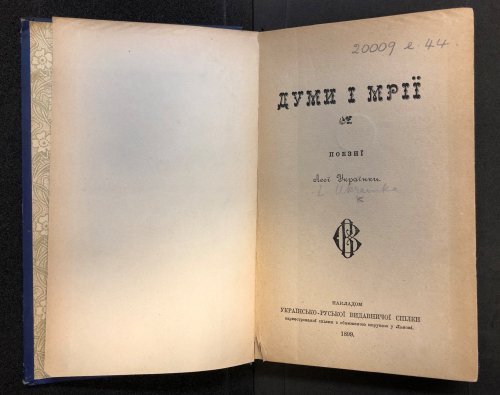 In a review of Lesia Ukrainka’s second poetry collection, Dumy i mriï (‘Thoughts and Dreams’), the writer Ivan Franko, who was a considerable influence on her work, remarked, ‘[…] one cannot resist the feeling that this fragile, invalid girl is almost the only man in all our present-day Ukraine (Spirit of Flame, p. 19).’ Intended as praise of her directness in addressing Ukrainian identity, Franko’s assessment of Ukrainka and her work nevertheless speaks volumes about the construction of gender roles in the society in which she lived and wrote.

For more than two centuries, the Imperial Russian government had sought to stamp out the existence and understanding of a separate and distinct Ukrainian national consciousness. This first edition of Dumy i mriï was published in 1899 in L’viv, then part of the Austro-Hungarian Empire, as books and pamphlets in the Ukrainian language were banned in the Russian Empire from 1876 by a secret decree known as the Ems Ukaz.

The theme of subjugation and liberation, as told through historical examples, is present throughout much of Ukrainka’s work, not least in the collection Dumy i mriï. The second poem, ‘Robert Brus, korol’ shotlands’kyi’, tells of the struggles (and ultimate success) of the Scottish people under Robert the Bruce, King of Scots, to free themselves from the English King. Ukrainka was a prolific poet, translator, prose writer, and cultural critic. However, it is her 20 poetic dramas that form the core of her legacy. The subjects and settings range from Homeric Greece and the ancient Middle East to the 17th-century Tsardom of Muscovy. The Stone Host (1912) reviews the classic story of Don Juan, while Cassandra (1907) looks at the fall of Troy through the eyes of a seemingly marginal female character. During Ukrainka’s lifetime, her plots were deemed too ‘exotic’ by Ukrainian critics who, in accordance with the 19th-century populist doctrine, identified the Ukrainian nation with the peasant class. Ukrainka’s ambition lay elsewhere. Envisioning Ukrainian literature as an equal participant in the conversation with major world literatures, she almost single-handedly coined the required cultural vocabulary through her dramas. Poetic translations of several of these works by Percival Cundy were printed in Spirit of Flame in 1950 (12263.d.14.). A selection of dramas was also translated by Vera Rich and published in Lesya Ukrainka: Life and work in 1968 (X.900/3941.). Run by the Ukrainian Institute London, the Ukrainian Literature in Translation Prize 2021 has focused on Ukrainka’s work and is promising to give an English voice to a greater number of her dramatic characters. The winners will be announced at the event on 16 November. 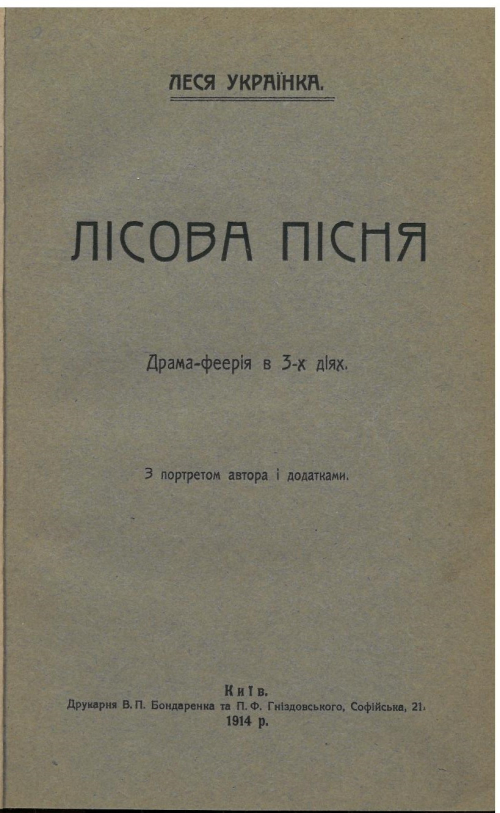 The neo-Romantic Lisova pisnia ('Forest Song') is a poetic drama that has historically introduced young Ukrainians to Ukrainka’s work. Even in Soviet Ukraine, the neo-Romantic story of a forest nymph Mavka’s love for a peasant seemed a fitting choice for school syllabi and, unlike Ukrainka’s dramas that openly deal with the questions of power, an ideologically harmless one. The first book-form edition of Lisova pisnia appears to lay the groundwork for the provincialising perception of the drama as a naïve folk tale. Apart from the text and the author’s picture, the book includes three photographic landscapes and three portraits of peasant ‘types’ from the Volyn region of Ukraine as well as 16 musical notations for a reed-pipe (supposedly the simple songs played by Mavka’s beloved). Such a quasi-folkloric presentation distracts from some of the more radical aspects of the drama, including Ukrainka’s subtle commentary on female agency, creativity, and embodiment. Indeed, Lisova pisnia taps into the foundational questions of European literature about the power of art, traceable from the myth of Orpheus to Gerhart Hauptmann’s The Sunken Bell (1896). Unusually for this tradition, Ukrainka subverts the male-centric plot and transfers the creative power to her female character. As she straightforwardly stated in a letter to her mother, ‘Mavka’s story can only be written by a woman’. Lisova pisnia was translated into English by Percival Cundy (12263.d.14.) and by Virlana Tkacz and Wanda Phipps (YF.2009.a.28990). 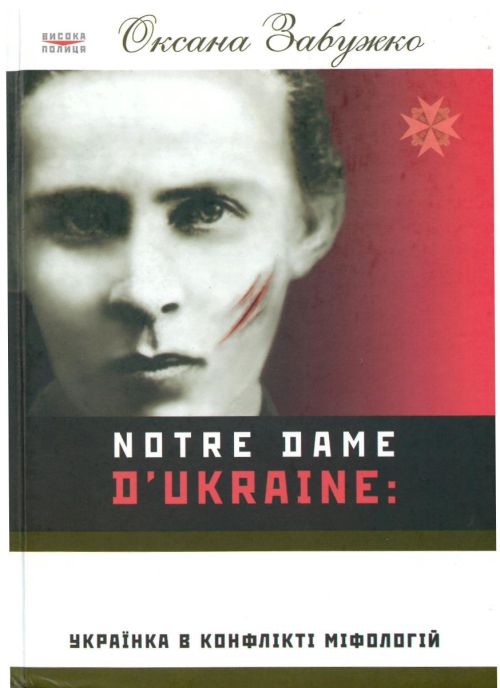 An intriguing reading of Lisova pisnia in the light of Gnosticism and chivalric culture is offered by a pioneering and widely translated Ukrainian author Oksana Zabuzhko, who interprets Ukrainka’s fairy-tale drama as the Ukrainian version of the Grail epic. Starting with her influential novel Fieldwork in Ukrainian Sex (1996), Zabuzhko’s writing has foregrounded feminist and postcolonial perspectives on Ukrainian culture while repeatedly acknowledging her debt to Ukrainka. The most significant testament of Zabuzhko’s commitment to reviewing and reviving Ukrainka’s legacy is the 600-page magnum opus Notre Dame d’Ukraine. This volume positions Ukrainka as the last representative of the Ukrainian chivalric tradition. Aided by her passion for the subject and her engrossing literary style, Zabuzhko argues that Ukrainka and her small intellectual milieu had embodied the idealism and knightly code of honour exterminated in Ukraine under Soviet rule. Pointedly, Zabuzhko is also the most compelling advocate of Ukrainka’s Europeanism and of the international significance of her oeuvre. This accent is particularly important in relation to the canonised national writer whose image has been habitually subjected to reductionist nationalist approaches. As Notre Dame d’Ukraine will not let us forget, Ukrainka’s worldview is not only firmly grounded in European culture; her literary voice is also this culture’s knowledgeable and at times subversive interlocutor. 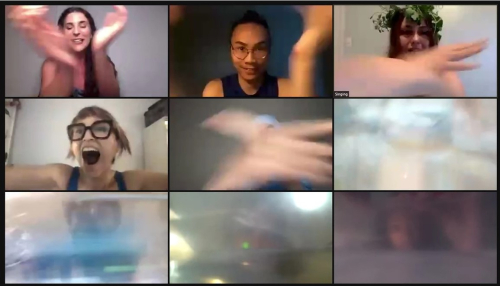 Some of the most innovative productions of Ukrainka’s work have been created by the New York-based Yara Arts Group. Taking Lisova pisnia as a starting point, in 1993 Virlana Tkacz and Wanda Phipps created an award-winning English translation of the play. Over the years, Yara Arts Group has staged different versions of the play, including a bilingual show at the Kurbas Theatre in L'viv and at La MaMa in New York, and the immersive ‘Fire Water Night’ in 2013. Their translation of the play is included in the bilingual anthology In a Different Light, which was published in 2008.

150 years after her birth, Ukrainka’s work continues to inspire and adapt to a changing world; in June 2021, Yara Arts Group performed its ‘Virtual Forest Song’ on Zoom. Reviewing the production in Ukrainian Weekly, Olena Jennings praised the online format, observing that it ‘[…] emphasizes the connection between nature, humans and technology. The space between the Zoom boxes becomes fluid as actors reach across boundaries.’

The event The Unknown Feminist of Fin-de-siècle Europe: Lesia Ukrainka will take place at the British Library on 16 November 2021.

Lesia Ukrainka at 150: A journey through the British Library collections (Part I)

In a Different Light: a bilingual anthology of Ukrainian literature, translated by Virlana Tkacz and Wanda Phipps; compiled and edited with foreword and notes by Olha Luchuk; introduction by Natalia Pylypiuk (L’viv, 2008). YF.2009.a.28990

Posted by European Studies at 9:44 AM