‘Writing is a tattoo’ — Kamel Daoud and his work

Kamel Daoud is an Algerian journalist based in Oran, where he has been for several years the Chief Editor for Le Quotidien d’Oran, the third largest French-language Algerian newspaper, and the author of a much-read column ‘Raïna Raïkoum’ (‘My Opinion, Your Opinion’). His articles have appeared in Libération, Le Monde, and Courrier International.

Daoud’s first novel, Meursault, contre-enquête is a response to Camus’ L’étranger. Meursault, the protagonist of Camus’ novel murders a character known only as ‘the Arab’. Camus never gave a name to Meursault’s victim, but Daoud names him Moussa, and re-tells the story from the point of view of Moussa’s brother, Haroun. Daoud’s novel was first published in Algeria by editions Barzakh in October 2013, but mostly started to garner international attention after its publication by French publisher Actes Sud in May 2014; it was a finalist for the Prix Goncourt in 2014 and came second, just short of winning the prize. It did, however, win the 2015 Goncourt First Novel Prize, and was also awarded the prix François Mauriac, le prix des Cinq Continents de la Francophonie. It sold more than 130 000 copies in France and 14 000 in Algeria, ‘A very high number for a novel in French’ according to its Algerian publisher Barzakh.

Although it is often labelled as Daoud’s debut, Meursault, contre-enquête was in fact the third in a series of texts beginning with O Pharaon published in Oran in 2004. As recalled by Joseph Ford, far from being solely a journalist, Daoud was already a writer of note in Algeria, and knew how to use text to express and magnify his ideas about conflict and power. Daoud’s positions have not been exempt from controversy, be it in France or in Algeria and his work as novelist, as well as journalist and polemist are often the subject of examination, particularly through the prism of postcolonial studies. He has in the past expressed his dreams of forgetting journalism to dedicate himself to pure literature, but a collection of Daoud’s journalistic works: Mes indépendances: Chroniques 2010–2016 was nevertheless published in 2017 and he currently contributes a weekly column to the French magazine Le Point.

Two of Daoud’s latest texts, however, have been less embroiled in obvious politics, if still actually describing some facets of Power. They explore the acts of writing and narrating, and hidden aspects of language, and of materiality: the materiality of books and of the body, and the beauty of both. 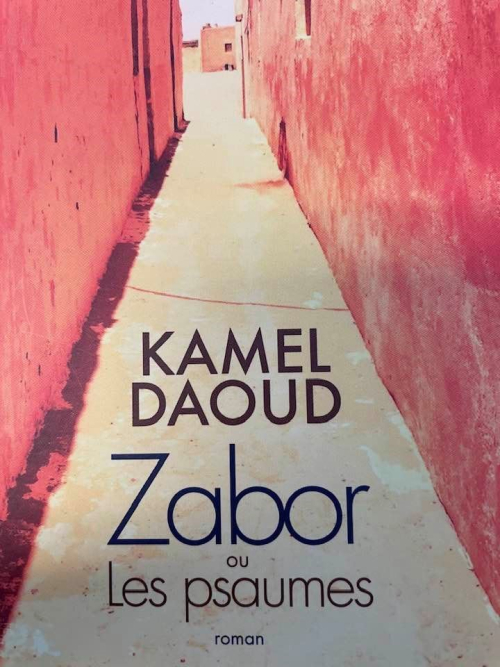 Zabor ou les psaumes (translated this year in English by Emma Ramadan as Zabor, or The Psalms), first published in French in 2017, is a work of magic realism, but also a hymn to the power of fiction. The narrator is a young man who possesses a gift: he can fight death by writing, and the people whose stories he narrates in his notebooks live longer. This is his gift, his responsibility and his mission. But does everyone deserve to be saved? This allegorical novel draws on myths, religion and fables, and as in One Thousand and One Nights, the storytelling can temporarily stave off death. But the book is also an ode to language, or rather languages, and to their transformations and appropriations, particularly in a post-colonial context: ‘C’est à partir de ce capital que je construisis cette langue, entièrement, seul avec mon propre dictionnaire sauvage’ (‘I built this language, entirely, alone with my own wild dictionary’) and so created ‘une langue folle, riche, heureuse, amalgamée avec des racines sauvages, hybride comme un bestiaire de mythologie’ (‘a mad, rich, happy, amalgamated language, with wild roots, hybrid like a mythological bestiary’).

‘Writing is a tattoo’ reads one of the last chapter’s openings. This image of the book as a body is permeating one of Daoud’s most recent published piece, tellingly titled ‘Textures ou comment coucher avec un livre’. 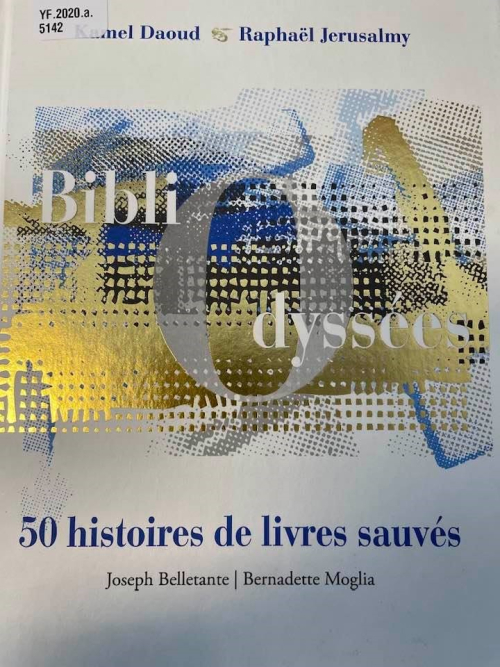 This is the opening text of BibliOdyssées, and is a ‘literary piece’ companion to a book published on the occasion of the exhibition ‘L’Odyssée des livres sauvés’ held in the Musée de l’Imprimerie and Communication graphique in Lyon in 2019. Here, books have a skin, and again, this skin is ‘tattooed a thousand times’, with words and with the imprints of the hands that manipulate. In his text, Daoud compares sacred and profane books, licit and illicit objects, books for the ritual and the soul and books for the earthly body; both, with their words, magically able to express the ‘eternal unspeakable’.

Kamel Daoud will be in conversation with Anne-Sylvaine Chassany, the Financial Times’s World News Editor, at the Institut Francais on Thursday the 21st October.

Sami Alkyam ‘Lost in reading: The predicament of postcolonial writing in Kamel Daoud’s The Meursault Investigation’, Journal of Postcolonial Writing, vol. 55 (2019), no. 4, pp. 459-471

Posted by European Studies at 11:37 AM