Literary awards are given to authors for their work. Sometimes this leads to controversy, such as in the case of this year’s winning author of the prestigious Prijs der Nederlandse Letteren (Dutch Literature Prize) Astrid Roemer. The prize is awarded every three years to a Dutch or Flemish or, since 2005, Surinamese author, and Roemer is the first black and Surinamese author to win it. She is known for being outspoken and an independent mind. The jury praised her work for being ‘unconventional, poetic and authentic’. These traits are bound to lead to controversy at some point. This is not the place to comment on the furore around the award and its winner. I have included some links to articles that discuss this in more detail at the end of the blog post. 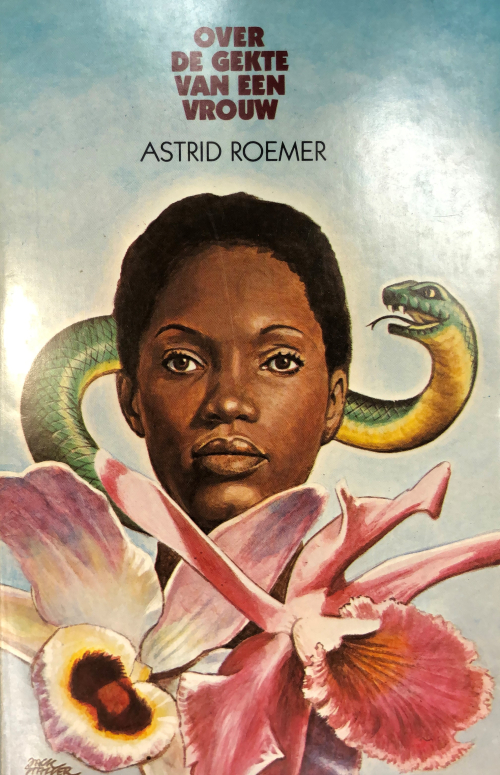 I must admit that until recently I had never read any of Roemer’s work, but through research for this blog post I got the impression of a warm-hearted, compassionate woman, who has very nuanced views. ‘Identity’ plays a huge part in her work. Identity as an individual, or as a group, as a man or woman, as a black man or black woman, as a child or a parent, as a citizen in Suriname, or in the Netherlands, etc. She tells her stories usually through women who struggle to take their rightful place in society; who are keeping families together, no matter how fragmented these are.

It is as if she sees a parallel between individuals and families and Suriname itself. A young country still fighting for its place in the world, whilst at the same time different ethnic groups search for their place in the big Surinamese family within Suriname. And a country that struggles to find a relationship with its former ‘parent’, the colonial power that was the Netherlands and where many Surinamese people moved to study and work. Maybe that is why she is so good at presenting ‘big’ events and ‘big’ themes on a human scale.

The problems Surinamese immigrants to the Netherlands face in adapting to Dutch life whilst trying to stay faithful to their Surinamese identity is very well described in Neem mij terug, Suriname, Roemer’s first novel. First published in 1974, it was reprinted in 1975 and 2005. In 1983 it was published as Nergens ergens (Nowhere Somewhere) and in 2015 a jubilee-edition appeared, in celebration of its 40 year anniversary and for being awarded the P.C. Hooftprijs for her whole prose oeuvre. 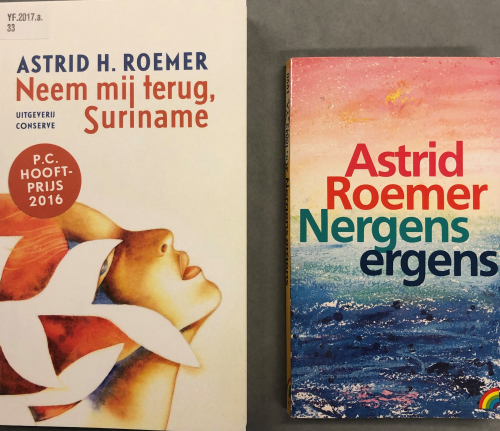 When she says: ‘I am married to Suriname, the Netherlands is my lover, I am in a gay relationship with Africa and I am inclined to have one-night stands with every other country’, she conveys the complexity of ‘identity’, as well as a sense of being a ‘world citizen’, but she doesn’t want to be labelled as such. She has lived in many different countries, but feels most at home in Paramaribo, the place of her birth.

When her mother died in 2019 she moved there, partly as a way to process her loss. She finds comfort and solace there as well as space to write in her day-to-day routine. And write she does.

What is called her ‘Suriname trilogy’ Gewaagd Leven (Risky Life) from 1996, Lijken op Liefde (Resembling Love) from 1997, and Was Getekend (Was Signed) from 1998 will be re-issued as Onmogelijk moederland (Impossible Motherland) early next year. About this trilogy Roemers said: ‘On the rubbish heap of slavery, colonialism and the present I searched for irreducible remains to experience my identity as Suriname-Dutch woman anew.’ 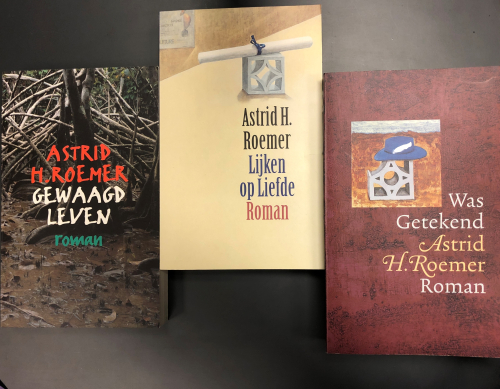 She will publish a new novel in 2022: Dealers Daughter, set in Paramaribo about a young woman whose father gets involved in a murder. Roemer has also worked on a selection of poems by Maya Angelou for a Dutch audience: En Toch Heradem Ik : Haar 25 mooiste gedichten (Amsterdam, 2022). Her English-language debut, Off-White, translated by Jan Steyn, is due to be published next year.

I cannot wait to discover more of Roemer’s work.

Other works by Astrid Roemer held by the British Library:

Posted by European Studies at 10:13 AM