Elizabeth I and languages

The Tudors were a formidably educated family, though Giovanni Carlo Scaramelli, Venetian Secretary in England, was doubtless laying it on thick:

[Elizabeth] possessed nine languages so thoroughly that each appeared to be her native tongue; five of these were the languages of peoples governed by her, English, Welsh, Cornish, Scottish, for that part of her possessions where they are still savage, and Irish. All of them are so different, that it is impossible for those who spealk the one to understand any of the others. Besides this, she spoke perfectly Latin, French, and Italian extremely well. (Calendar of State Papers relating to English Affairs in the Archives of Venice, April 1603, pp. 562-70)

The catalogue of the current British Library exhibition Elizabeth and Mary: Royal Cousins, Rival Queens says she studied French, Italian, Latin and Greek, and ‘knew some Spanish too’ (p. 29).

As part of her education Roger Ascham taught her Greek; Battista Castiglione Italian. The same Ascham paid credit to ‘her perfit readines in ... Spanish’ (Randall, 231n). 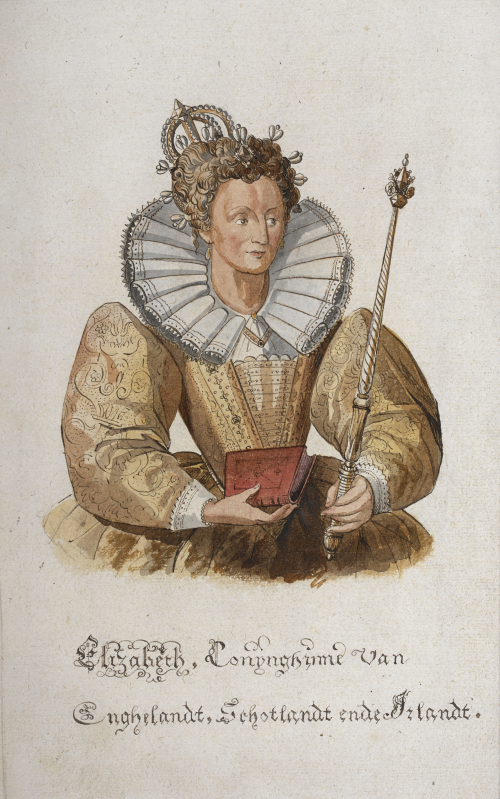 She also had writing skills in various languages. She wrote a letter in Italian to Katharine Parr (aged ten), wrote 27 stanzas in French, and translated Katherine Parr’s Prayers or Meditations into French, Latin and Italian as a new year’s gift to her father. Mueller and Marcus say the Latin is closer to the original than are the French and Italian. 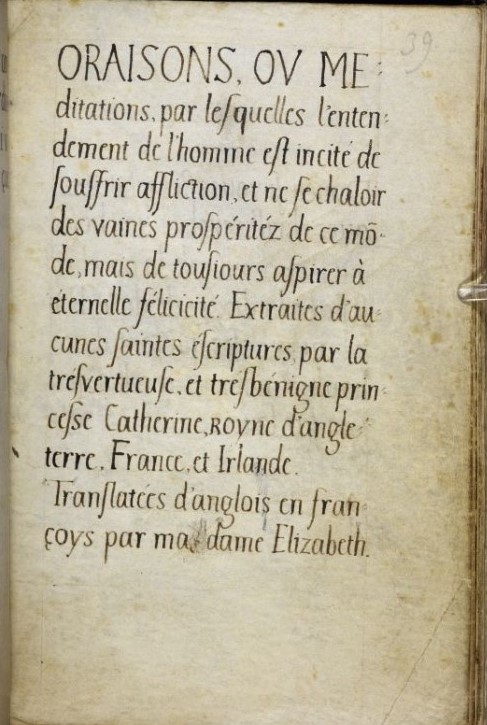 Her translation of Erasmus’s Dialogus fidei into French for Henry is lost. She also wrote letters in Latin to her brother Edward VI and letters in French, including one to Mary Queen of Scots. And prayers in Spanish (Autograph Compositions, 141-43).

A halfway house between reading and writing is the collection of Latin tags she gathered in Sententiae. 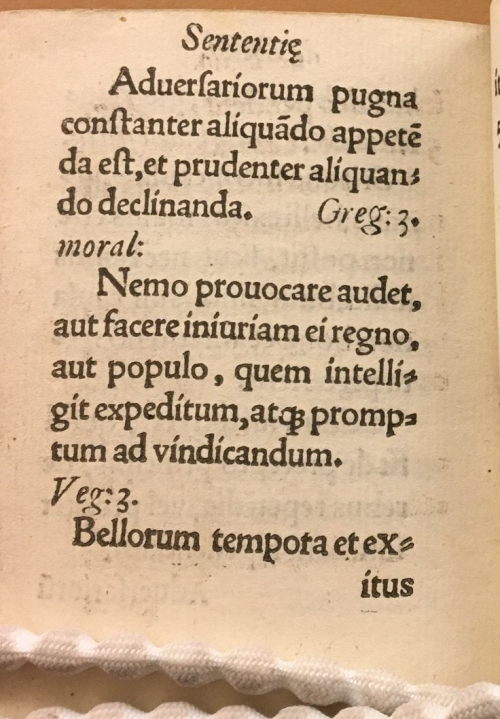 As regards speaking, she addressed the University of Oxford in Latin. She spoke in Latin to the Polish ambassador. On her first meeting with Guzman de Silva, the Spanish Ambassador, she spoke in Italian, ‘diciendo que no sabia en que lengua hablarme’ [‘saying that she did not know in which language to speak to me’]; he in Latin. But when the two rode together to Lord Burghley’s residence on July 26th, 1564, she, being mounted on a Spanish jennet, spoke to him in Spanish, ‘mostrandole gran contentamiento del caballo y de las lenguas’ [‘showing great content [perhaps ‘fluency’] with the horse and the languages’] (Ungerer 44). Mueller and Marcus say Elizabeth ‘had learned [Spanish] but deliberately avoided [it] later in her reign for political reasons’ (141).

Posted by European Studies at 10:06 AM