Venice: Tales of a Sinking City – an online event

On 8 November 2021 the British Library is hosting a free online event looking at the role of Venice in the current environmental, cultural and social global crises.

For centuries at the helm of a trading empire, the city of Venice has amassed wealth and culture in every palace, church, canal. Its lagoon constitutes a harmonious example of man-made transformation of the environment, conquered from mud, yet liveable and sustainable. A unique place for the circulation of ideas, home to fine printing, art and literature, a bridge between East and West. Venice is both a muse and a maker. 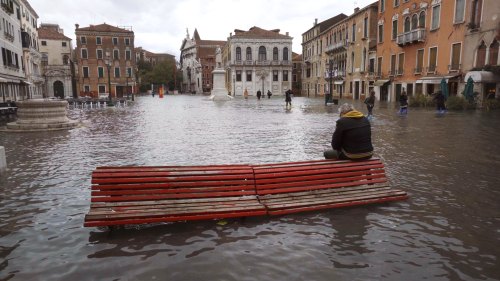 After the decline and fall of the Republic of Venice, the city seemed the last Romantic fantasy during the industrial revolution. Nowadays, the number of inhabitants is diminishing, whilst tourism has reached its peak. The city is becoming a resort and is at risk of forgetting its own history, uniqueness, identity. Without its people, Venice might end up looking like one of its hundreds of replicas around the world.

There is not one way to describe Venice, nor 55. 55 is the number of fictional cities described in Italo Calvino’s 1974 work, Le Citta’ invisibili (Invisible Cities; Turin, 1978; X.908/86292) by Venetian explorer Marco Polo to Kublai Khan, Emperor of Mongolia. After hearing about all of them, Kublai Khan said:

‘There is still one of which you never speak.’
Marco Polo bowed his head.
'Venice,’ the Khan said.
Marco smiled. ‘What else do you believe I have been talking to you about?’
The emperor did not turn a hair. ‘And yet I have never heard you mention that name.’
And Polo said: ‘Every time I describe a city I am saying something about Venice.’ 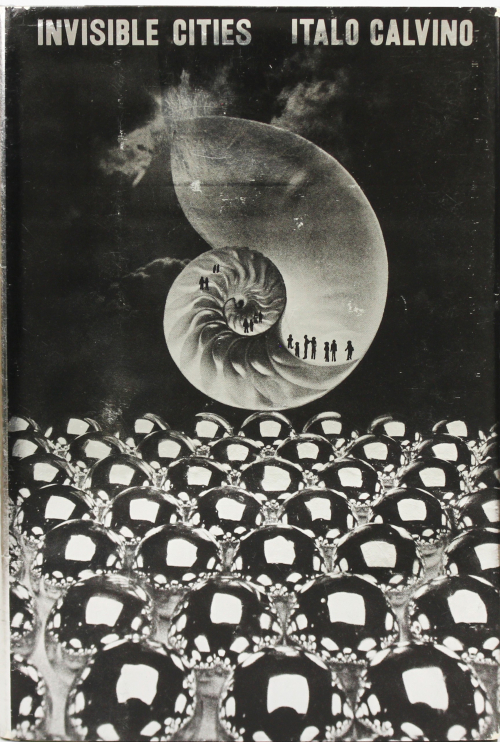 F.T. Marinetti and his futurist fellows did not like Venice. They repudiated it for its slavish devotion of the past. They suggest to “burn the gondolas” and fill the canals with the rubbish of the crumbling palaces. “May the dazzling reign of divine Electrical Light at last free Venice from her venal furnished room’s moonshine”, says a manifesto thrown in thousands of copies from the Clock Tower of St Mark’s Square, in 1910. 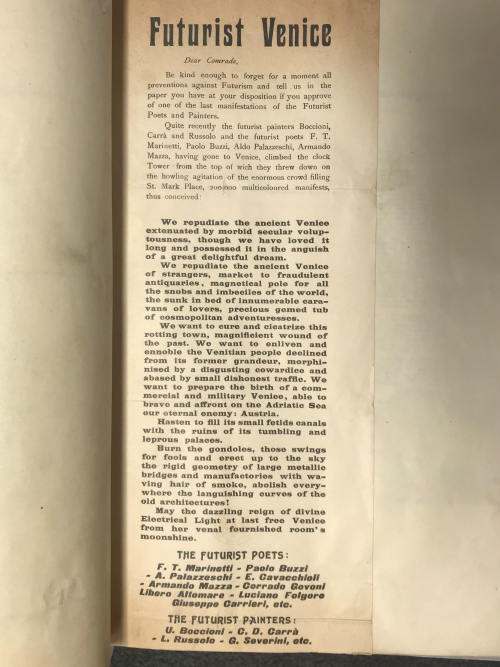 Episodes of acqua alta, high water, have been recorded since the XIII century, but Marinetti would have never imagined that the rising sea levels would become a serious threat to the very existence of the city. The exceptional acqua alta in November 2019, when 85% of the city was covered by water, has been subject of a film by architects and film makers Bêka and Lemoine, Homo Urbanus Venetianus, observing the daily habits of tourists and venetians being disrupted by environmental contingencies. Is this an admonition for other cities?

The most imitated, the most celebrated, the most oneiric of all cities is menaced by water and global tourism.
Will Venice spark a creative response to its problems and find a sustainable way to survive, as it has done in the past?

As world leaders and experts are gathered in Glasgow to find a strategy against climate change, join our free online event on 8 November 2021 to look at how Venice embodies the emergencies we globally face and how literature and technologies can uncover these stories. Guests will be Bêka and Lemoine, Professor of Architecture and Spatial Design Sophia Psarra and Dr Giorgia Tolfo, writer and producer of the podcast The Fifth Siren (read Giorgia’s blog on the event on the Digital Scholarship Blog).

The event is supported by the Festival of Italian Literature in London (FILL) and the Italian Cultural Institute in London.

Posted by European Studies at 9:17 AM