Stefan Zweig and the Rival Queens

Stefan Zweig (1881-1942), the prolific Austrian author whose collection of autograph manuscripts is at the British Library, was fascinated by artistic creativity, and with it the drafts, scores, sketches and proofs that allow us a glimpse of a work of art coming into being. At once evidence of both sheer artistic labour and a kind of otherworldly genius, manuscripts had for him the potential to insert us into decisive moments, what he would call Sternstunden, whether they were creative breakthroughs or political turning points. He turns his attention to one such Sternstunde in a discussion on ‘The World of Autograph Manuscripts’ (1923):

The most powerful and harrowing must of course always be those autographs, where the moment of putting pen to paper was itself a historic, cultural, universally significant one. Elizabeth I’s signature underneath Mary Stuart’s death warrant – all of us have seen the scene in Schiller’s tragedy and now it suddenly lies before us, the original fateful page, the live stroke of the quill which brought a heroic life to its end. 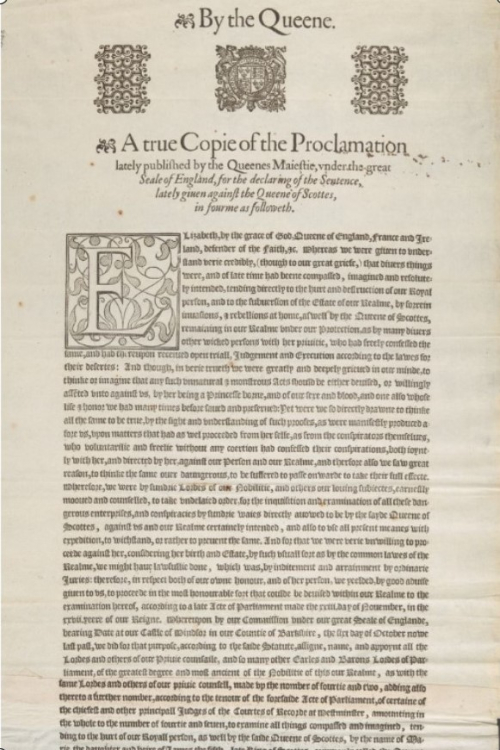 The British Library’s current exhibition Elizabeth and Mary: Royal Cousins, Rival Queens, expands on Zweig’s quintessential example of the most powerful of manuscripts and brings to life the epic history through its personal and political documents. The signed death warrant – now in Lambeth Palace Library – does not appear in the current exhibition, but the act is represented by ‘A true Copie of the Proclamation lately published by the Queenes maiestie, under the great Seale of England, for the declaring of the Sentence, lately given against the Queene of Scottes, Richmond, 4 Dec 1586’ (Add MS 48027, ff. 448r-450r). 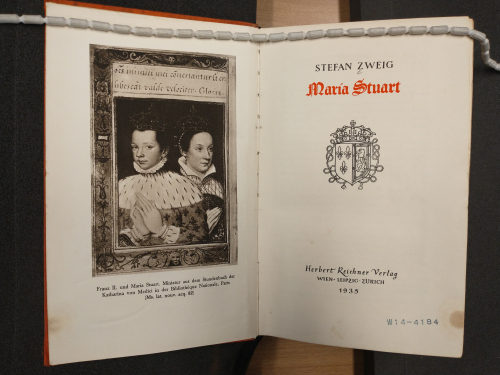 Zweig wrote a hugely popular biography of Mary Queen of Scots in 1935, adding to an already weighty Mary-bibliography. Of course, German-language interest in Mary was already longstanding and is most commonly associated with Friedrich Schiller’s play Maria Stuart (1800). While Marie von Ebner-Eschenbach wrote the drama Maria Stuart in Schottland (1860) as a kind of response to Schiller’s portrayal, interrogating her predecessor’s notion that femininity (Weiblichkeit) and political authority were incompatible qualities. Zweig returns somewhat to that theme in that he pits a hyper-feminised Mary against an unwomanly Elizabeth, a passionate martyr against a cold-hearted Queen. Although, as Ulrike Tanzer writes, Zweig’s dichotomising tendencies are not absolute, as he depicts both queens as political agents and victims, as leaders and subjects of manipulation, thrown into the political and religious power structures of the time.

Zweig moved to London in 1934 while in the process of finishing his biography of Erasmus von Rotterdam. He had had the idea to move his focus to the rival queens the previous year, his new Portland Place flat allowing him to consult the “enormous amount” of material at the British Museum. Despite the many accounts of the history already available, Zweig felt the book [‘das entscheidende Buch’] on Mary did not yet exist, hence his compulsion to write it. His interest was however already established, given the mention of the signed death sentence in our first quotation from 1923. A trip to New York in January 1935 brought Zweig, now an expert in his subject, face to face with Elizabeth at the Metropolitan Museum of Art: “A remarkable portrait of Elizabeth I by Lucas de Heere, which shows her more nervous with a quite frightened expression, always an indecisiveness suppressed behind her pomp.” (Doubt was later cast on the identity of both sitter and painter, and the Met now describes the picture simply as a ‘Portrait of a Woman’ by a ‘British Artist’.) 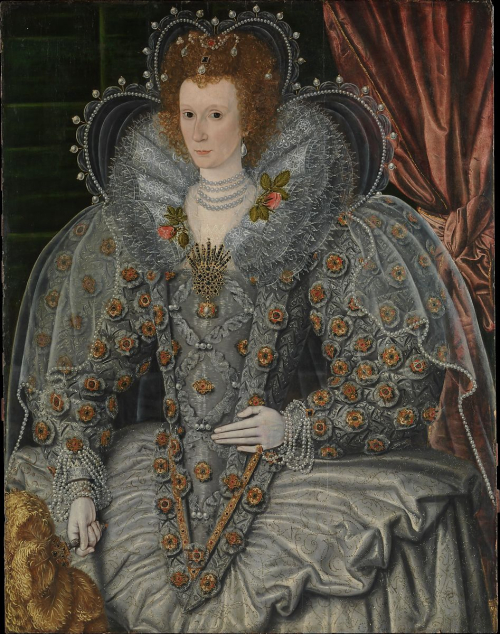 ‘Portrait of a Woman’ by a ‘British Artist’. Source: Metropolitan Museum of Art

Zweig’s Maria Stuart devotes most of its pages to just the two or so years covering the murder of David Rizzio until Mary’s imprisonment in England, when “passion flamed up in her with elemental force, and what might have seemed an average destiny assumed the lineaments of a Greek tragedy as formidable as that of Orestes.” It is typical of Zweig’s biographies to draw attention to a central scene, a decisive moment, or in this case the decisive two years during which “Mary underwent the supreme experiences which led in the end to her destruction, and thanks to which, likewise, her memory has become so noteworthy.” Subsequent interpretation, the BL exhibition included, has no doubt nuanced Mary’s legacy to show her “noteworthiness” beyond the intrigue of those years.

On the famous casket letter debate, Antonia Fraser’s 1969 biography (London, 1969; X.700/3754), among others, attests to their forgery, whereas Zweig is convinced of their authenticity: “We, who know that Mary in times of stress always poured her heart out in verse, can have no doubt that she composed both letters and poems.” Zweig the biographer always takes a position, asserting the causes, intentions and consequences of events, even if that required some serious speculation, which was often the case for his psychological portraits. 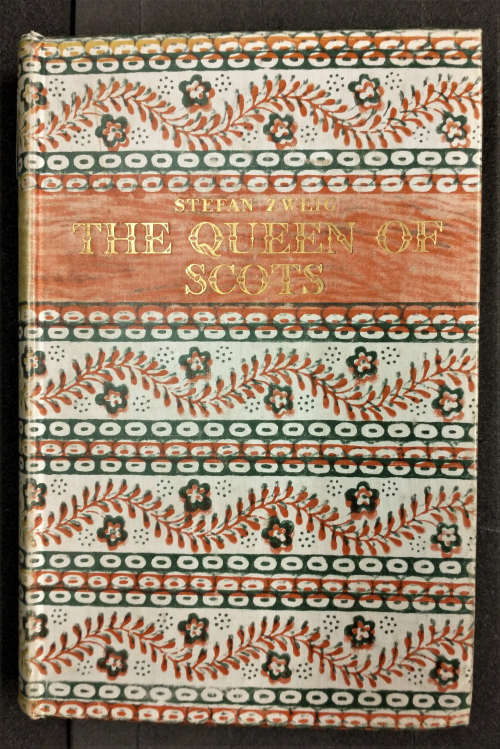 The biography was incredibly successful and, as with pretty much all of Zweig’s work, was immediately translated into numerous languages, with the English edition, translated by long-time Zweig-collaborators Eden and Cedar Paul, appearing the same year. While Zweig’s legacy waned in the middle of the century, that same English translation was reissued by Pushkin Press in 2018, along with a raft of Zweig’s work, showing that there is a place for Zweig’s take on this much churned history. Its place is surely secured more as an example of Zweig’s hugely popular and gripping style, rather than an example of sober, historical analysis. It is of its time, a deeply psychological insight into a fascinating period, which complements the personal letters between the rival queens currently on display at the Library.

Posted by European Studies at 10:03 AM