“Only your work will be remembered”: the 150th anniversary of Jože Plečnik’s birth

On 21 July 2021, UNESCO added four new cultural sites to its World Heritage List. One of these four was the work of the architect Jože Plečnik on Slovenia’s capital Ljubljana in the years between the world wars, transforming it from a provincial town into a celebrated example of modern, “human centred design” that nevertheless maintained a “dialogue” with the older elements of the city centre. 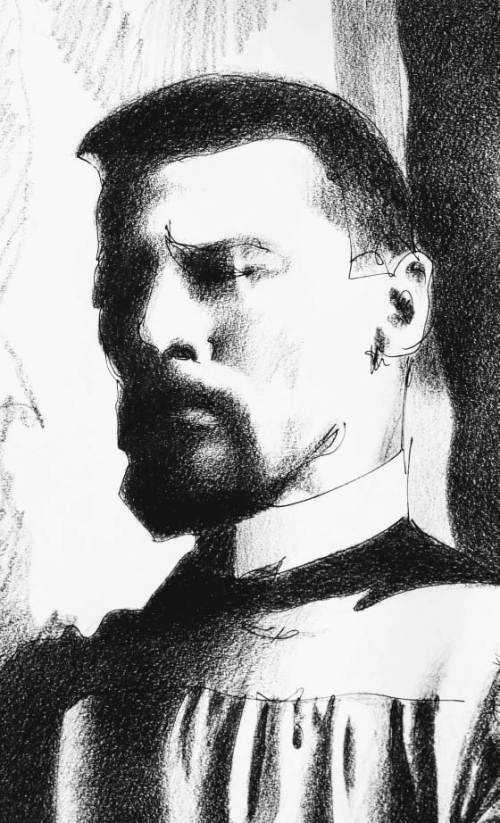 A few months later, the Slovenian government declared that 2022 would be considered “the year of Plečnik”, emphasising this honour and the 150th anniversary of his birth. There will be exhibitions, tours and new publications focusing on his oeuvre, which extends far beyond Ljubljana and can be found in every corner of the country. It will kick off with a series of events in the historic yet industrious town of Kamnik, where among other things he designed a memorial chapel to soldiers of both world wars, renovated the station, and – in the forest nearby – erected a hunting lodge for the first King of Yugoslavia, Alexander. 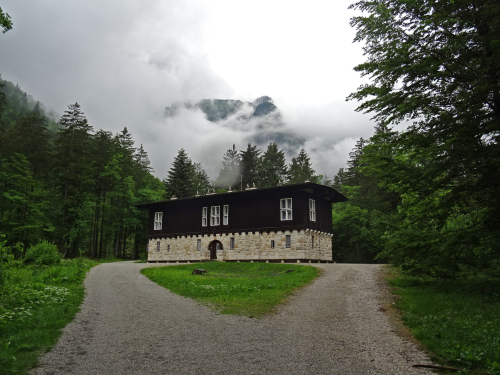 Slovenia is justly proud of Plečnik as the architect of a very recognisable national style, but he was also a true son of Central Europe, born in 1872 as a subject of the Austrian Emperor Franz Joseph and educated also in Graz and Vienna, where he studied under Otto Wagner. To Vienna he contributed the immediately noticeable Zacherlhaus in the city centre, and enjoyed a certain measure of favour in highest quarters, working on a fountain in honour of the mayor Karl Lueger, and collaborating with Lueger and the ill-fated Sophie, Duchess of Hohenberg on building a church in the district of Ottakring, whose working class inhabitants they hoped to inspire with religious feelings that would immure them against radical activities. Plečnik had instinctive sympathy for the Christian Social movement Lueger represented, and throughout his life was interested in popular expressions of Catholicism and their links with national identity.

Given his success and his position in the political mainstream, he even hoped to succeed Wagner as professor of Architecture at the School of Fine Arts, but the style of the Holy Ghost Church fell foul of the heir to the throne, Franz Ferdinand, whose tastes were far more conservative and who likened the church to a stable crossed with a sauna. Plečnik found his appointment blocked. 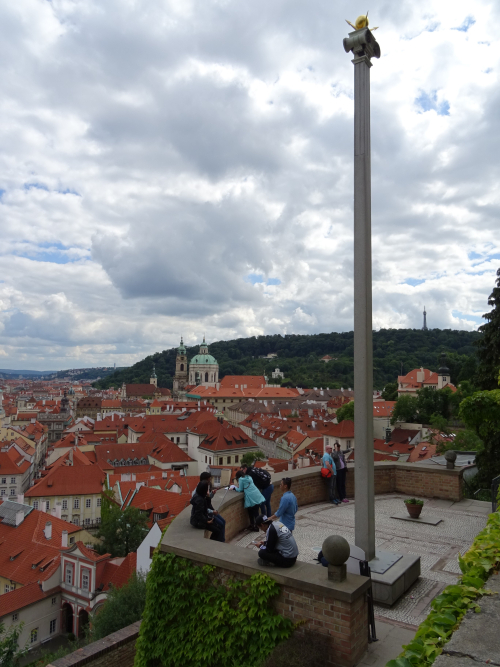 Convinced that his career in Vienna was over, he moved to Prague at the invitation of Jan Kotěra, another of Wagner’s pupils, and took up a post at the college of arts and crafts. He was teaching in Prague when the Habsburg empire split apart and the cities in which he had made his life and career found themselves in three separate countries. On a personal level, this was a traumatic experience for many people, never again sure to which nation they belonged, but for Plečnik it also afforded new opportunities in developing national styles with specific political overtones. His first major project for the successor states was to renovate Prague Castle, transforming the dilapidated and forbidding Habsburg fortress into a “democratic” residence for the new President of the Czechoslovak Republic, a seat and symbol of the liberal, middle class nation its leaders aspired to create. Whereas his contact with hereditary royalty was always awkward, he developed a great rapport with both the President, Tomas Garrigue Masaryk, and with Masaryk’s daughter Dr. Alice Masaryková, who shared a profound involvement in the project. Symbolic of their complex national history, he and Alice corresponded in German, the language of the vanished empire, because despite his years in Prague Plečnik lacked confidence in his own Czech-speaking abilities. 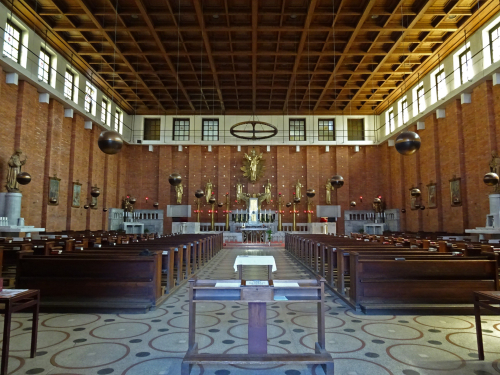 In 1921 he was invited to return to Ljubljana and take up a post at the School of Architecture at the new University. He was reluctant at first, fearing that he was moving to a backwater, but he also felt a patriotic obligation to the Slovenian people, and in the end he accepted. This post would lead to his celebrated impact on the whole of the Slovenian capital, where he remodelled bridges, built churches, and designed the national library, city stadium and cemetery. But at the same time, he also worked on projects in far more modest locations, renovating a church in the tiny north-eastern town of Bogojina, for example, simply in the hope of inspiring its townsfolk. He had limited impact on the wider Yugoslavia of which Slovenia was a component part, but did undertake two projects for the Yugoslav royal family for their visits to Slovenia. His relationship with the military-minded King Alexander was as awkward as that with Franz Ferdinand had been, however, and nothing ever came close to the rapport he had enjoyed with Masaryk and Alice. 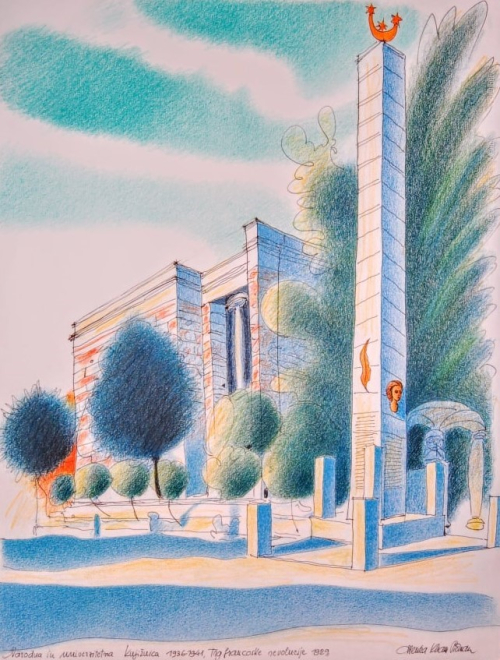 Drawing of the National/University Library and Napoleon memorial in Ljubljana by Alenka KhamPičman. Reproduced with kind permission of the artist.

Jože Plečnik lived an ascetic and fairly reclusive life according to his own motto, “Minljiv si, le tvoja dela so tvoj spomin” (“only your work will be remembered”) at his home in Ljubljana (which is now a museum). He survived the occupation of the city by first Fascist Italy and then Nazi Germany, and continued to teach until the last days of his life. Alenka KhamPičman, now an artist who often paints her tutor’s buildings, recalls that he came on foot to the University every day and sat all morning marking projects and sketching out ideas for his students to take up. She admired him for his “imagination, knowledge, perseverance and discipline” and for his strict commentary on his pupils’ work.

Plečnik died aged 85 in 1957. Under Communism his architecture was unfashionable and often ignored (“he was pushed away by the modern world” says Alenka KhamPičman sadly), but from 1991 the independence of Slovenia brought a new focus on his work and the national spirit he had tried to embody, elevating him to the status of a national hero and symbol of his country.

The British Library holds a very large number of books and journals in various languages that throw light on Plečnik’s life and work. They range from beautifully illustrated city guidebooks and exhibition catalogues to critical academic studies to facsimiles, memoir by associates, and biographies. A mere sample is as follows:

Posted by European Studies at 10:05 AM