Love, like any other - Maria Dąbrowska and Anna Kowalska

Hardly anyone growing up in Poland in the 1980s can say they are not familiar with the flagship Polish TV production Nights and Days. The movie, later followed by a TV series, was a frequent guest in Polish homes and for many young people a much more dreaded part of the Christmas period than Home Alone is today. The production was based on Maria Dąbrowska’s novel of the same title, Noce i dnie. 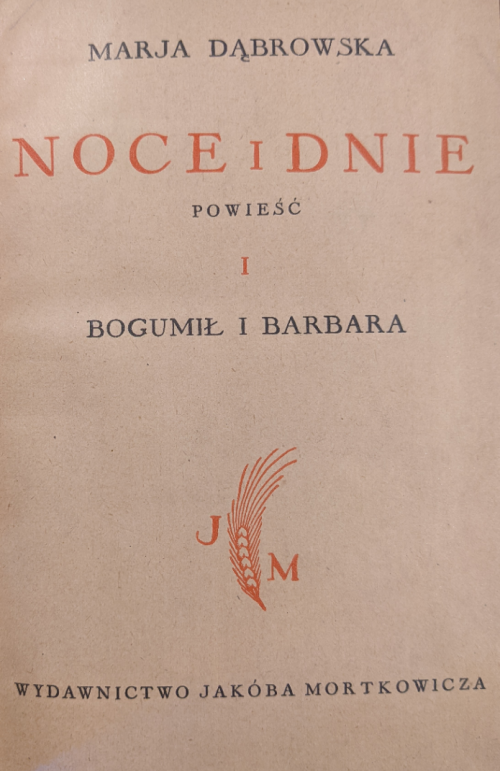 The author’s opus mundi was by most critics considered the greatest achievement of Polish interwar literature. Awarded the Golden Laurel of the Polish Academy of Literature Dąbrowska was nominated five times for the Nobel Prize in Literature. 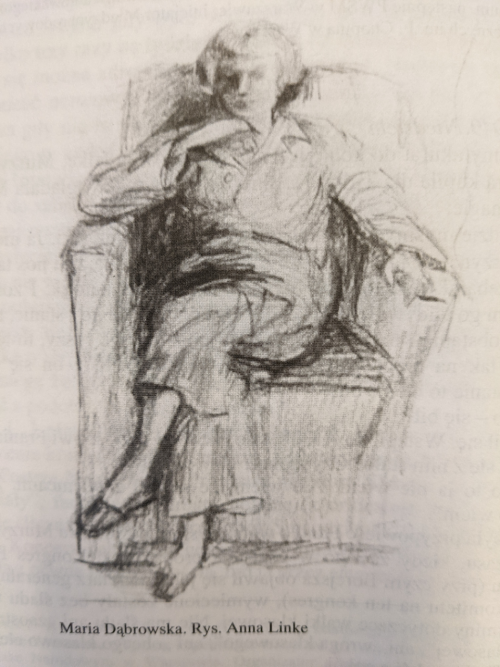 To be perfectly honest, her epic (and compulsory) novel was a difficult read for a teenager. Barbara, the main protagonist, her fears of spinsterhood, unhappy marriage, burdens and boredom of mundane living are much better understood later in life – just like John Galsworthy’s The Forsyte’s Saga or Thomas Mann’s Buddenbrooks. Nonetheless, generations of Polish pupils were ‘taught’ Nights and Days and learned about Maria Dąbrowska from zealous teachers who insisted on instilling in us the love of literature and of our mother tongue. However, what they mostly failed to teach at the time was an appreciation of diversity through the true life-story of the author.

Only years after my graduation from the Polish school system have I learned that Maria Dąbrowska was much more complicated and considerably more exciting a person that our teachers made us believe. Coming from impoverished landed gentry Dąbrowska was a socialist, an ardent critic of anti-Semitism, a tolerant and unprejudiced person who lived in an open relationship with her husband Marian Dąbrowski and later with her long-time partner, the social activist and freemason Stanisław Stempowski. However, the longest lasting and probably the most emotionally close relationship Dąbrowska had was that with a fellow writer, Anna Kowalska. 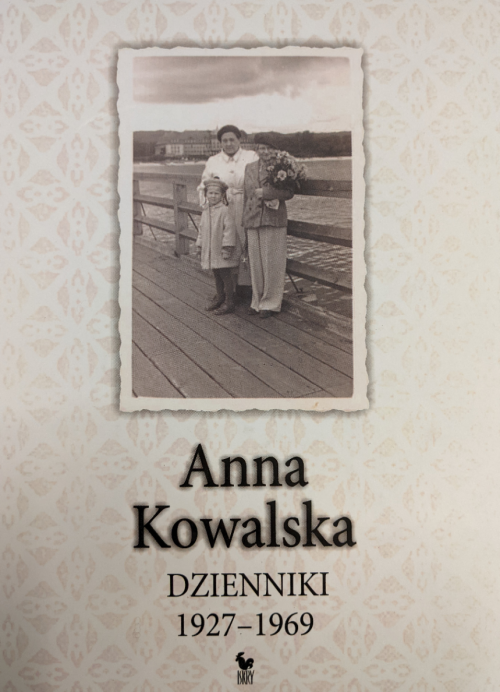 Although Dąbrowska met Kowalska by chance at a party in pre-war Lviv, their relationship did not start until the 1940s when Anna and her husband Jerzy arrived in Nazi-occupied Warsaw. In the course of their life-binding relationship Anna and Maria exchanged almost 2400 letters that testify to their turbulent relationship and deep affection for each other. Anna looked up to Maria who encouraged her to take more care with her writing. Nonetheless, Anna was a brilliant translator, publicist and intellectual. She was a creator and active participant of Wrocław’s post-war literary scene. In 1949 she received a Pen Club award for her Opowiadania greckie (Warsaw, 1956; 12596.bbb.18.). The two women constantly challenged and stimulated each other both emotionally and intellectually. Anna wrote in her diary: “Before I go to sleep, when I lie awake, after I wake up, when I wash, cook, drink and clean, I make up conversations with M. Only recently have I noticed that I stopped being lonely, or rather alone (as you can be lonely with someone) in my existence.” [Dzienniki, my translation] 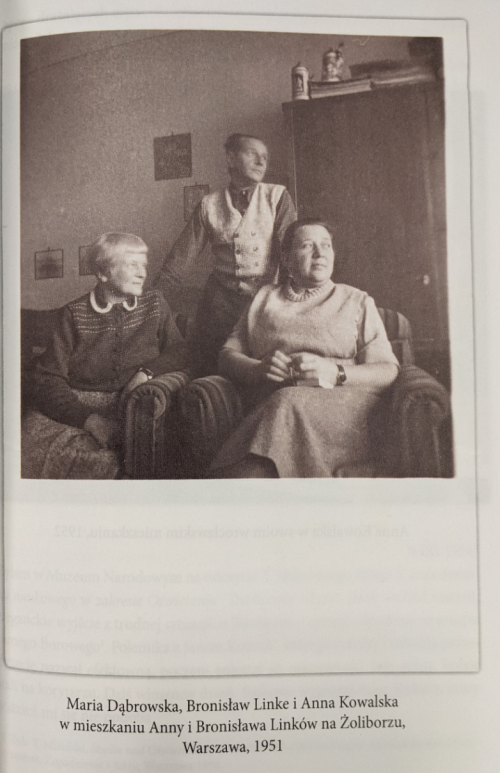 As Dąbrowska insisted that her diaries must not be published in an unabridged form until 40 years after her death, only recently have we been able to fully appreciate the depth of her connection with Anna and to understand better the consequences this bond had for the work and personal lives of both women. Kowalska once commented:

I am fascinated by the fate of this relationship, when everything is against it: age, gender, circumstances, and on M.’s side weariness and emotional exhaustion. She craves artistic fulfilment only. However, so do I, but I cannot bring myself to talk about it as it is a sore point, an all-consuming anxiety. [my translation]

Anna and Maria discussed the complicated nature of their relationship, as Maria struggled with the notion that their love is dangerous. In a letter to her lover Anna states:

Love is not shameful. Darling, what a joy that you are not ashamed of love. What a relief! Homosexual love, if it is not for show, but is plainly more destructive and tormenting, is no less significant or ‘dignified’. … The middle class has hated love for centuries. The extent of the taboo is surprising. [Quote from Ewa Głębicka, Rzecz prywatna, rzecz sekretna. O granicach intymności w korespondencji Marii Dąbrowskiej i Anny Kowalskiej z lat 1946-1948, (Warsaw, 2017)]

Both women dared to be different – strived to fulfil their emotional and professional ambitions – in times when being different was not perceived as a virtue. Their lives were filled with struggles against societal norms, but at the same time, in their own way, they came out victorious from this fight by living their lives to the fullest. 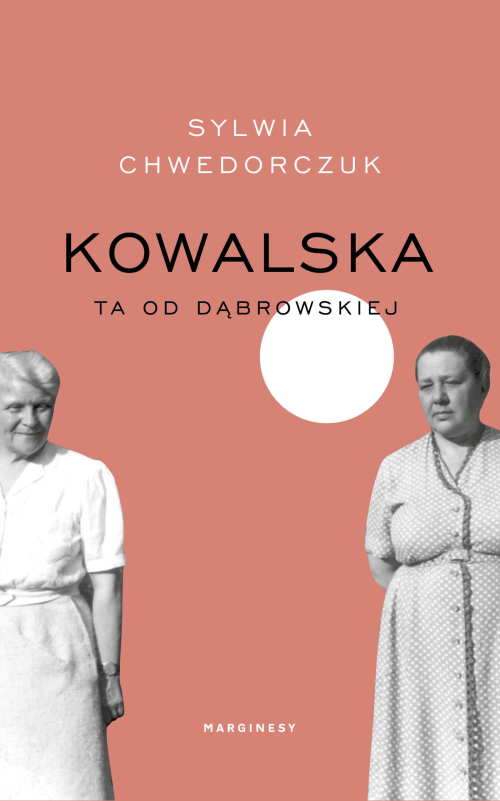 Poland’s struggle to officially recognise LGBTQ+ rights creates challenges to those who want to commemorate and research the minority’s history and culture. However, the upside of the situation is that it generates more interest in human rights and it prompts efforts to build awareness of those in the country’s rich history who dared to be themselves despite limitations of social conventions. Sylwia Chwedorczuk’s fascinating and non-judgmental biography of Anna, Kowalska, ta od Dąbrowskiej (‘Kowalska, the one with Dąbrowska’) is a brilliant example of this trend. Chwedorczuk, who partly based her book on unpublished correspondence between the two women, gives the reader a sneak-peek into their lives – their virtues and their flaws, to put it simply, their humanity. I hope that books like this will one day become part of school curricula. Looking back at my young self, this is the book I would have loved to read.

Posted by European Studies at 10:53 AM