Rare editions of Taras Shevchenko’s ‘Kobzar’ in the British Library 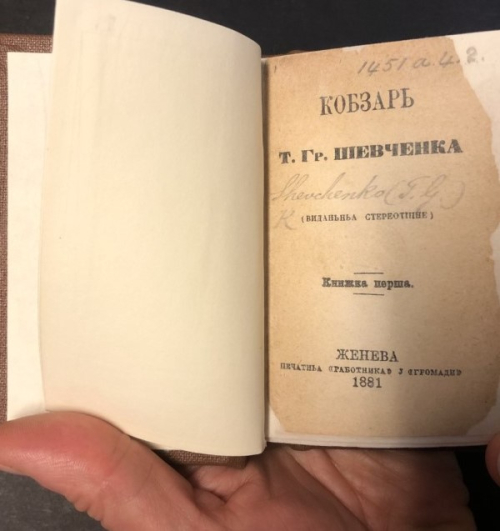 I first had the opportunity to learn about rare copies of Shevchenko’s works in the collections of the British Library while working on a bio-bibliography of the outstanding Ukrainian bibliographer and librarian Iurii Mezhenko in the early 1990s. It was Mezhenko who collected the world’s largest private collection of Shevchenko’s works and books about the poet. His collection contained a very rare edition of Kobzar in two volumes, published in 1881 in Geneva by Mykhailo Drahomanov. As stated in the preface of the bio-bibliography, only two copies of this Kobzar have survived: one in Mezhenko’s collection and the other (volume one only) in the British Library (Iurii Oleksiiovych Mezhenko… p. 32). The British Library (then the British Museum Library) copy was discovered by Volodymyr Doroshenko, author of the most complete bibliography of Shevchenko, as early as 1942.

What makes this edition so rare? Five years before its publication, in 1876, a decree banning the use of the Ukrainian language in the Russian Empire was issued by Tsar Alexander II. Known as the Ems Ukaz after the German town where it was promulgated, the decree also forbade the import of Ukrainian publications. That is why Shevchenko’s poems were published abroad. Another reason for this decision was that all previous publications of Shevchenko’s works in the Russian Empire were censored, and uncensored poems were only distributed in manuscript copies. Any criticism of the Empire, any hint of the subjugation of Ukrainians, any allusion to a separate Ukrainian identity or former Hetman state was removed from the poems. For example, from the poem ‘The Night of Taras’ lines 15-16, 45-64, and 131-136 were all cut. Among them:

Once there was the Hetmanate
It passed beyond recall.

…. Where the freedom-destiny?
The Hetmans and their banners?
Where is it scattered? Burned to ashes?
Or has the blue sea drowned
And covered over your high hills
And the lofty mounds? 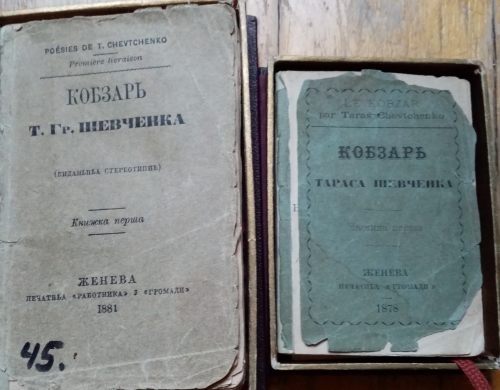 Copies of the 1878 and 1881 editions of Kobzar in Mezhenko’s collection. Reproduced with kind permission.

Mykhaylo Drahomanov, a scholar and political thinker who had been forced to emigrate following his dismissal from the Kyiv University of St. Volodymyr by the Russian government, initiated the publication of uncensored editions of Kobzar by the Hromada publishing house in Geneva, which operated there from 1876 until 1889. Both the 1881 Kobzar and an earlier edition printed in 1878 (a digitised copy of the 1878 Kobzar is available via the V. Vernadsky National Library of Ukraine), open with the text of the Ems Ukaz and are very small in size. Part of the print run of the 1878 edition (5,5 x 8,5 cm) was transported to the Russian Empire “legally” under the guise of cigarette papers manufactured by the well-known French factory ‘Abadie’ as, wrapped in a branded cover, the small book resembled a stack of cigarette papers. 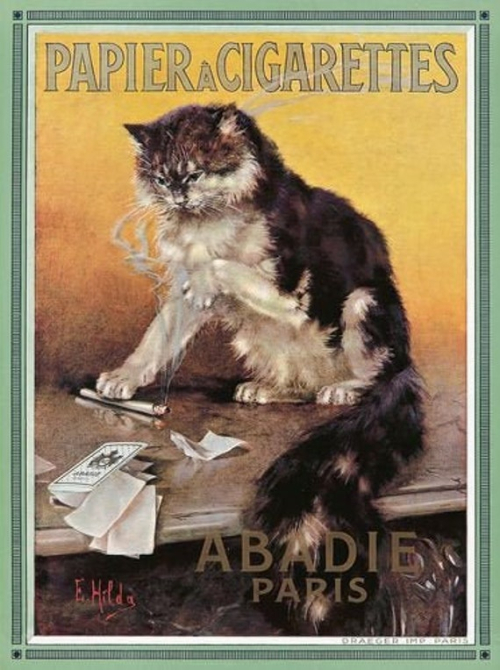 The 1881 edition is a little bigger (7 х 11 cm) but is also of a pocket size which was convenient for transporting to Russian-controlled Ukraine and for hiding. Both of these editions were printed using a reformed Ukrainian alphabet called Drahomanivka. This phonemic orthography was developed in Kyiv in the 1870s by a group of Ukrainian intellectuals including Drahomanov. However, following the ban of Ukrainian language publications and the relocation of publishing activities abroad, this reformed orthography had no chance to be used in Ukraine. The alphabet was named after Drahomanov, who had used it in publications since 1876. As Drahomanivka did not catch on, these and some other editions are historical examples of its usage. 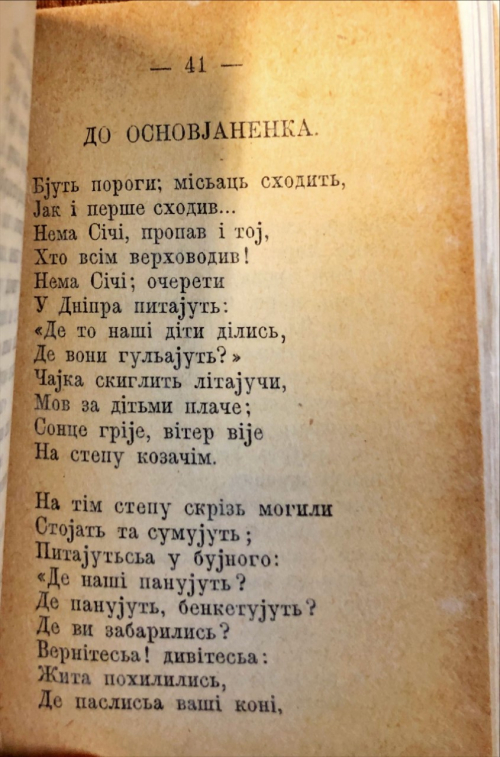 Example of Drahomanivka from the 1881 edition of Kobzar 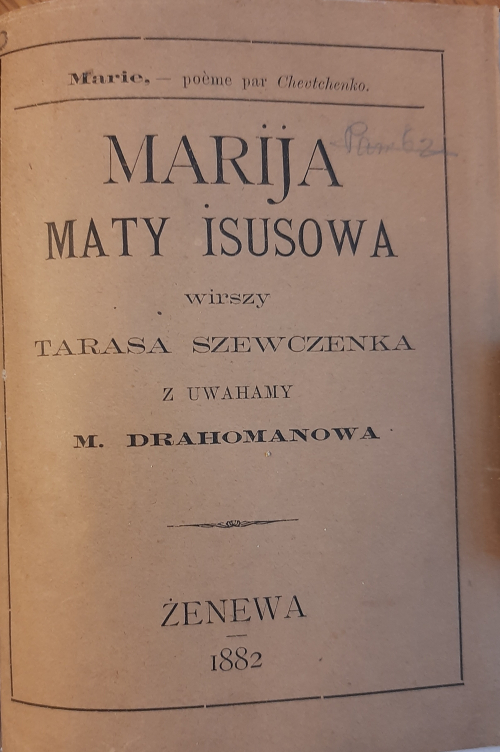 Later, in 1882, Drahomanov used Ukrainian orthography based on the Latin alphabet for printing Shevchenko’s poem ‘Mariia’ in Geneva. This very interesting and rare edition is also held by the British Library, as well as a copy of Drahomanov’s printed report ‘La Littérature Oukraïnienne proscrite par le Gouvernement Russe’, which was distributed at the Paris Literary Congress in 1878 (11851.ccc.19.). 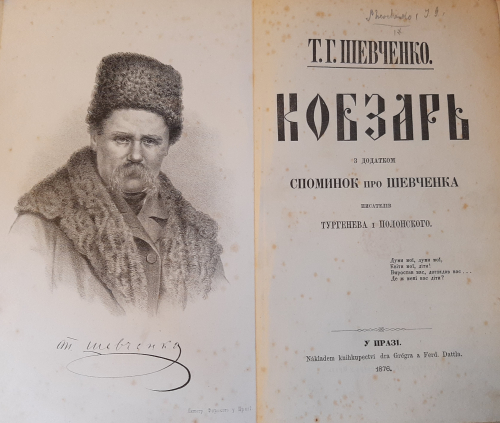 Another rare edition of Kobzar which is preserved in the British Library (and in Mezhenko’s collection) is the Prague edition of 1876. It was published by the printing house of Eduard Grégr (1827–1907), a Czech publicist and politician who, together with his brother, founded the political magazine Národní listy (MFM.MF641; Digitised copies of Národní listy are available via the Moravian Library and the National Library of the Czech Republic). 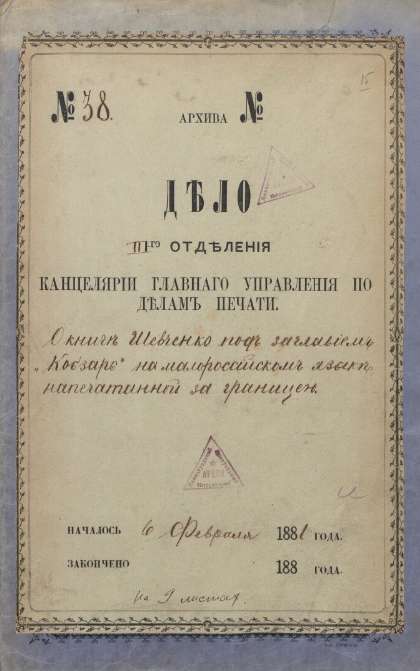 The EAP Shevchenko collection contains a file (1881) issued by the Main Department on Print Issues of the Russian Empire relating to editions of Kobzar published abroad, including the Prague edition. The file examines issues of censorship and rights. One report, dated 12 February 1881 and signed by a Russian censor, states that the Prague edition of Kobzar is “subject to unconditional prohibition” (f.6).

As this blog demonstrates, the stories behind these editions are part of Ukrainian history.

Nadiia Strishenets, Leading Researcher at the Vernadsky National Library of Ukraine and British Library Chevening Fellow. She is working on enhancing metadata for the Shevchenko digital collections.

Posted by European Studies at 1:30 PM