One of the most influential artists of the last century, Christian Boltanksi, died one year ago today. Although, he would have had you believe he actually died many times before: ‘When you are asked to make a retrospective, it basically means you’re dead’ (from an interview with Alexis Dahan for the Brooklyn Rail). The son of Holocaust survivors, Boltanski was born in 1944 in Paris, where he continued to be active throughout his life. His work was often preoccupied with memory, memorialisation and the archive, using everyday objects, personal or administrative material, and the concepts of listing and cataloguing to evoke the profundity of what is lost by displaying the infinity of what we know, have and record.

For an exhibition at Malmö Konsthall in 1994, Boltanski made the artist’s book Les Habitants de Malmö, a copy of which has recently entered the British Library’s collections. It comprises the city’s real telephone directory from 1993 only with a new cover displaying its new title and a four-page insert of errata that Boltanski introduces with the line: ‘You can’t reach these inhabitants of Malmö on the phone anymore. They died in 1993.’ 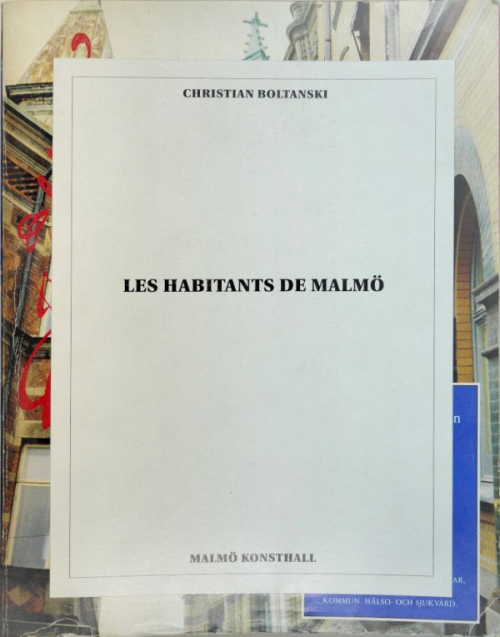 Looking at it now, this directory (if not all phone directories) has lost its functionality in the internet age, as its function is more aesthetic and metaphorical. However, Boltanski’s point was that its pragmatic function was already in question in 1994 when he issued a bunch of them with his front cover. As Ernst van Alphen has suggested, ‘the finiteness of pragmatic listing is illusionary’, the directory is merely ‘the temporary fixation of an ongoing process’, which soon ‘over time […] becomes a memorial of all the former inhabitants of Malmö’. Besides, when removed from its original context, the 90s Malmö phone box say, the hundreds of pages of names and numbers lose any referentiality. We simply take stock of a long list of people who may now have joined the ranks of the errata list of deceased. This is what van Alphen terms the ‘Holocaust effect’, an experience of a certain aspect of the Holocaust, here evoked somewhere between the sheer mass of names (like public memorials that list the names of the deceased in full) and the memorialisation of these former inhabitants. 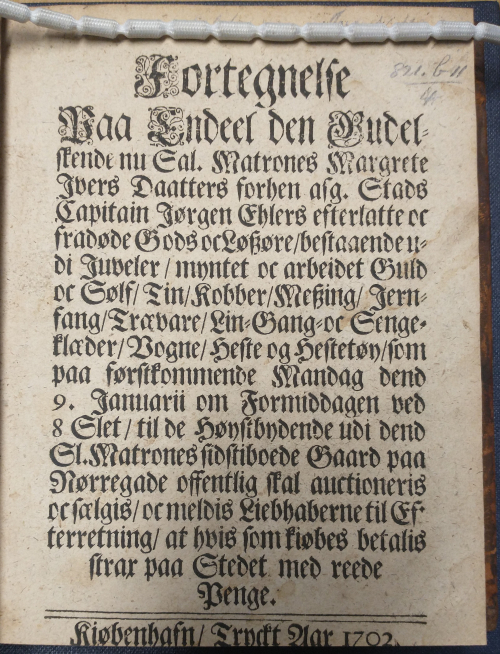 As Boltanski’s work stages the archival, making once functional lists into memorials, we might ask ourselves at the library about the endless lists and catalogues housed in our collections. For example, some 17th- and 18th-century catalogues for auctions of the estates of deceased persons have recently come to light via our collection audit colleagues. Cataloguing these lists of personal effects, whose title pages list every single category of item for sale, you can’t help imagining them in a Boltanski exhibition. With their referential function lost in time and space, we might see these lists more symbolically as the things that represented someone’s life as opposed to items for sale. At the very least, Boltanski’s lists allow us to dwell on the natural imperfection of our own archives, lists and catalogues, reminding us of the ongoing process of describing our items for new times and new readers.