Her lecture will take us back five centuries to September 1522, when the Wittenberg printers had a bestseller on their hands: the German New Testament translated by Martin Luther over the summer. It sold so quickly that in December they produced a second edition. 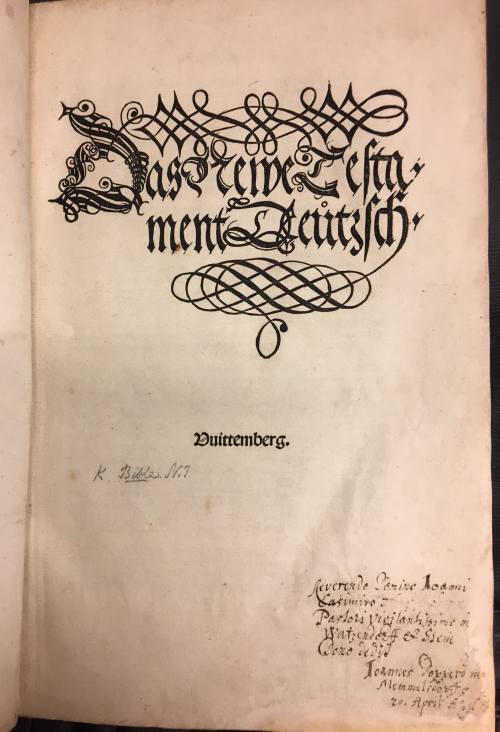 Title-pages from the editions of Luther’s New Testament translation published in Wittenberg in September (above, C.36.g.7.) and Deccember (below, 1562/285) 1522 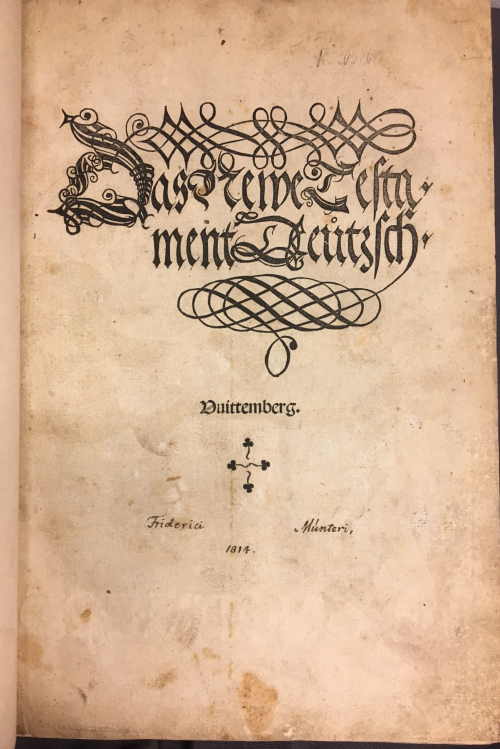 The lecture will contextualise this publication in the print culture and soundscape of its time. A particular focus will be on Reformation pamphlets from 1522 in the British Library and contemporary hymn production to spread the biblical message. The British Library and British Museum Singers will provide practical examples. 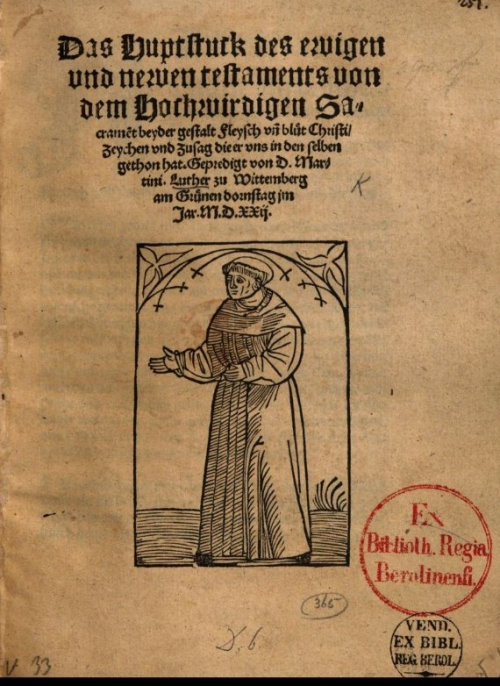 Title-page of Martin Luther, Das Huptstuck des ewigen und newen testaments, [(Wittenberg, 1522?]) 3905.c.68., one of the pamphlets that will be discussed in the lecture.

Before the lecture there will be a performance of music in the Library’s main entrance hall by the British Library and British Museum singers, conducted by Peter Hellyer, including pieces by Bach, Brahms, and Mendelssohn.

The timetable for the event is as follows:

17.30: Refreshments served in the Foyle Suite

Graham Nattrass (1940–2012) enjoyed a long and distinguished career at the British Library and its antecedents, starting at the National Central Library at Boston Spa in 1971. He became Head of the British Library’s Germanic Collections in 1996 and retired from the Library in 2005, as Head of West European Collections. He was Chair of the German Studies Library Group from 2003 to 2007, and a founding member of the group, which in 2016 instituted an annual lecture in his memory.

Henrike Lähnemann is Professor of Medieval German Literature and Linguistics at the University of Oxford and Professorial Fellow of St Edmund Hall, Oxford. Her research interests include medieval manuscripts, the relationship of text and images, and how vernacular and Latin literature are connected, currently mainly in late medieval Northern German convents.

Both concert and lecture are free to attend and open to all, but places for the lecture are limited, so if you wish to attend please contact the Chair of the German Studies Library Group, Dorothea Miehe (dorothea.miehe@bl.uk).