Remembering historians of Ukraine on the Day of National Independence

On 24 August 1991, Ukraine declared independence from the Soviet Union by passing the Act of Declaration of Independence of Ukraine. On this day, we are exploring our collection of works by Ukrainian historians who contributed to Ukrainian scholarship and Ukrainian identity.

Samiilo Velychko and Hryhorii Hrabianka could be considered the first named historians of Ukraine. Although they still wrote their works in a chronicle style, they are distinctly different from the earlier anonymous work Litopys Samovydtsia (‘The Eyewitness Chronicle’) that described events in Ukraine from the outbreak of the Khmelnytsky revolt in 1648 until 1702. All three authors had their social roots in the Cossack officer class and their works are often referred to as ‘Cossack chronicles’. However, Samovidets’ (‘the eyewitness’) was the only one who had personal knowledge of the Khemelnitsky era. Both – Velychko and Hrabianka – came from the next generation. Their narratives include not only annual accounts of events, but also their own interpretations, memoirs and documents. The manuscripts of Velychko’s Litopys show that it is a unique example of historical reflection on the past. This is no longer a chronicle, or a collection and compilation, but a historical study, united by a common idea, approach and methodology.

The Cossack chronicles have been published several times since 1840s, and the British Library holds some of the most important editions. 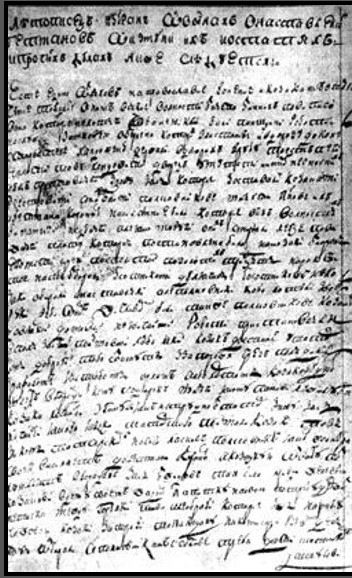 The Eyewitness Chronicle - facsimile of the manuscript folio 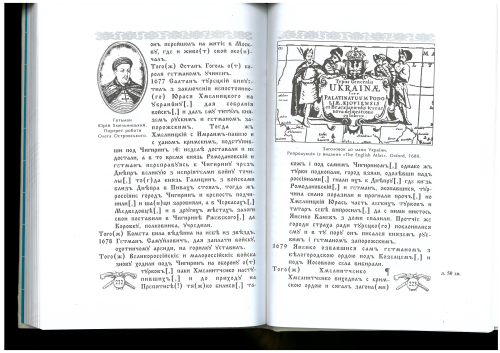 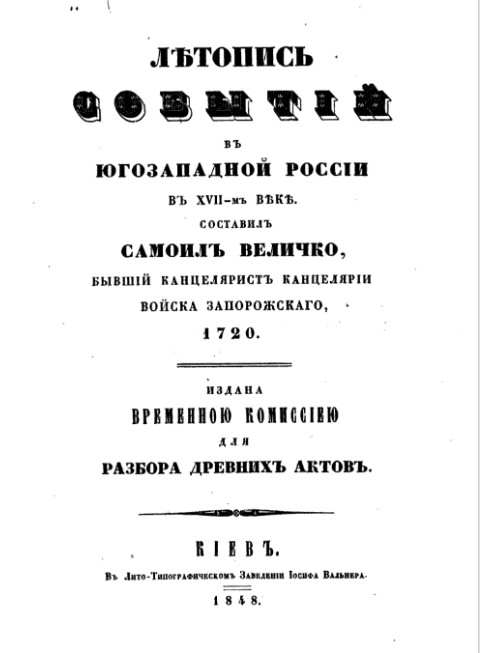 Facsimile of the title page of the manuscript 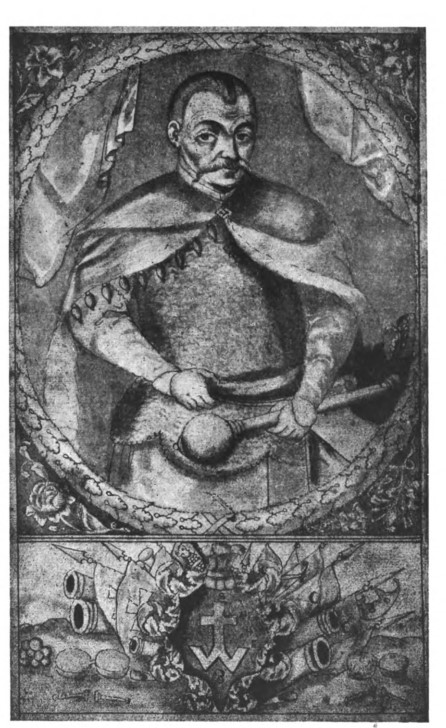 Like in many other countries in Europe, Ukrainian scholarly historical research reached a new level in the 19th century. Mykola Kostomarov was a historian by training. He graduated from Kharkiv University and in 1846 was appointed assistant professor at Kyiv University. We have numerous editions of his works, including the beautifully printed Slavianskaia mifologiia (‘Slavonic mythology’). 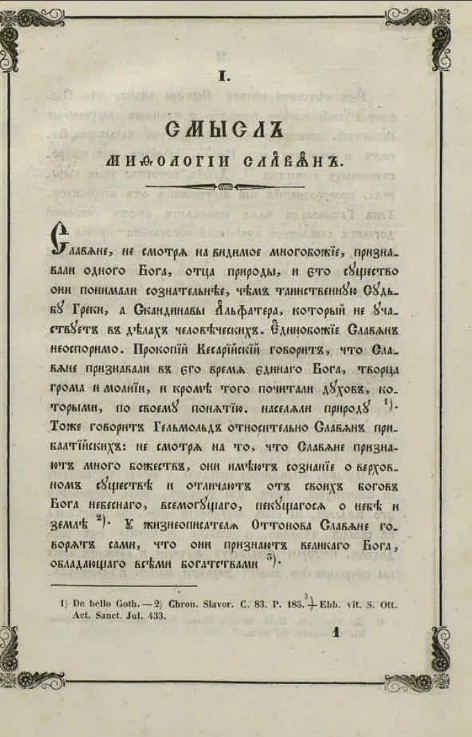 Some important aspects of Kostomarov's life and work can be studied through the Endangered Archives Programme collection (EAP657), as digitised copies of archival Russian Imperial polices files on the Brotherhood of Saints Cyril and Methodius can be accessed from anywhere in the world. The original documents are held at the National Taras Shevchenko Museum in Ukraine. Kostomarov’s involvement in the Brotherhood resulted in his arrest and exile. 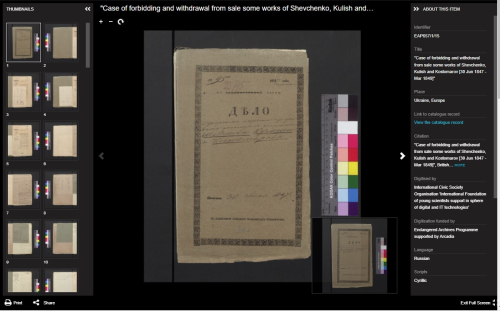 Case relating to the forbidding and withdrawal from sale of some works by Shevchenko, Kulish and Kostomarov [30 Jun 1847 - Mar 1849]

If Kostomarov laid the foundations for Ukrainian national historiography, the researcher and prominent political and civic leader Mykhailo Hrushevsky made the most fundamental contribution to Ukrainian scholarship by writing a 10 volume history of Ukraine. Thanks to another EAP project (EAP900), free open access to the full run of the Papers of the Shevchenko Scientific Society in Lviv, where Hrushevsky was an active member, is also available from the British Library website.

Many prominent historians of Ukraine contributed to the Harvard series in Ukrainian studies and other publications by Harvard University, which, of course, would be easier to find in our online catalogue, and the most recent works are available as e-books from our Reading Rooms, like, for example, Serhii Plokhy’s The Gates of Europe: A History of Ukraine. 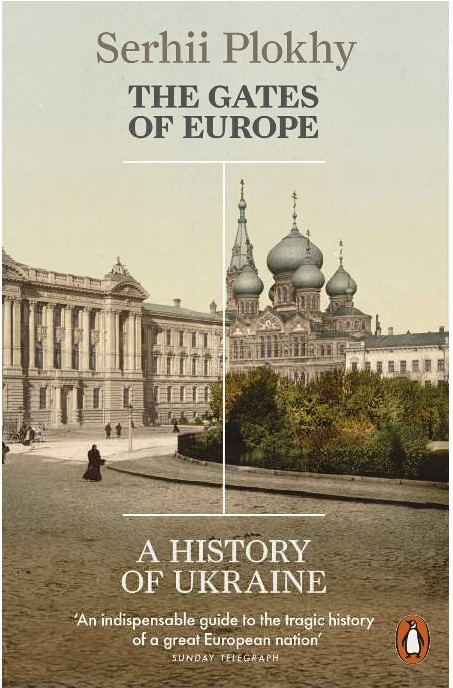 This is probably the most popular English-language book about Ukraine today. Whichever book you choose, let us mark Ukrainian Independence Day by learning about Ukraine’s rich history and by celebrating the brilliant scholars who studied it.

Dmytro Doroshenko, History of the Ukraine; translated from the Ukranian and abridged by Hanna Chikalenko- Keller ; edited and introduction by G.W. Simpson (Edmonton, 1939) YA.2003.a.10952

Posted by European Studies at 10:16 AM