Last November, the British Library, in partnership with the Ukrainian Institute London, hosted an event to celebrate the 150th anniversary of the birth of Ukrainian writer and poet Lesia Ukrainka. Alongside a captivating panel discussion, Olesya Khromeychuk, Director of the Ukrainian Institute London, announced the winner of the Institute’s inaugural Ukrainian Literature in Translation Prize. First prize was awarded to translator and poet Nina Murray for her translation from Ukrainka’s poetic drama Cassandra. 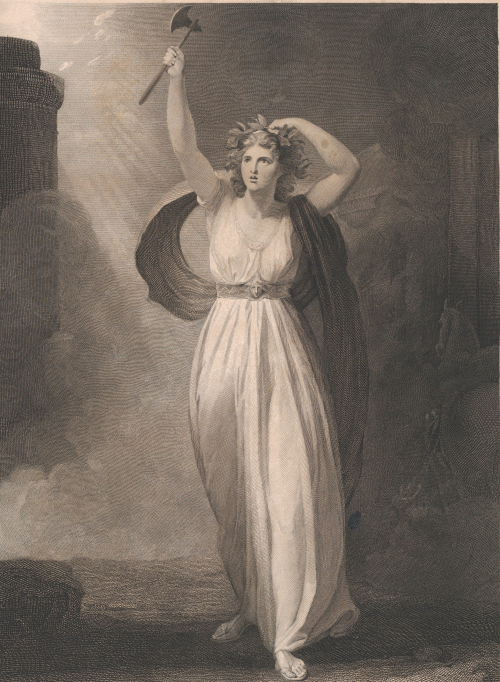 First published in 1908, Ukrainka’s drama retells the story of the Trojan war through the eyes of Cassandra, the fiery prophetess who persists in fighting for the truth when no one will believe her. An extract from Nina Murray’s translation of Cassandra appeared in the second issue of the London Ukrainian Review in August, and the full text will be published by Harvard University Press next year. 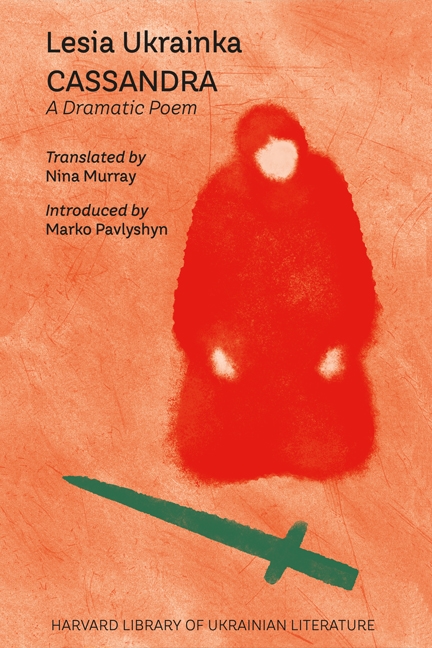 The publisher’s website describes the forthcoming work as follows:

Cassandra: A Dramatic Poem encapsulates the complexities of Ukrainka’s late works: use of classical mythology and her intertextual practice; intense focus on issues of colonialism and cultural subjugation—and allegorical reading of the asymmetric relationship of Ukrainian and Russian culture; a sharp commentary on patriarchy and the subjugation of women; and the dilemma of the writer-seer who knows the truth and its ominous implications but is powerless to impart that to contemporaries and countrymen.

This strongly autobiographical work commanded a significant critical reception in Ukraine and projects Ukrainka into the new Ukrainian cultural canon. Presented here in a contemporary and sophisticated English translation attuned to psychological nuance, it is sure to attract the attention of the modern-day reader. 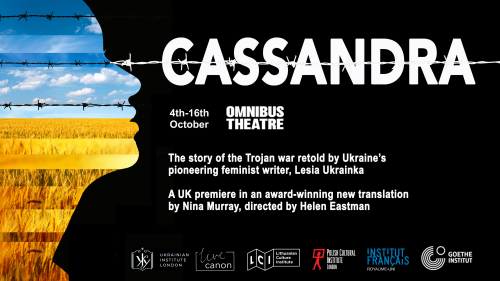 Ukrainka’s Cassandra has astounding relevance at this time of war, and Live Canon and the Ukrainian Institute London will present the play for the first time on the UK stage, in Nina Murray’s award winning translation. Directed by Helen Eastman, the production will run from 4-16 October 2022 at Omnibus Theatre. For more information and to book tickets, visit the Theatre’s website. There will be a post-show Q&A on Sunday 9 October (free to ticket holders).

Lesia Ukrainka at 150: A journey through the British Library collections (Part I)

Lesia Ukrainka at 150: A journey through the British Library collections (Part II)

Recording of ‘The Unknown Feminist of Fin-de-siècle Europe: Lesia Ukrainka’ which was held at the British Library in November 2021

Posted by European Studies at 9:31 AM