An Encounter between Knowledge Systems: the Work of Snowchange Cooperative

The Nordic Pavilion at this year’s Venice Biennale has been transformed for the first time into ‘The Sámi Pavilion’. Three Sámi artists, with the guidance of Sámi elders, have created works that ‘celebrate the art and sovereignty of the Indigenous Sámi People’. One of the chosen artists, Pauliina Feodoroff, a ‘Skolt Sámi theatre director, artist and land guardian from Keväjäu’rr (Finland) and Suõ’nnjel (Russia)’, works with Snowchange Cooperative, a Finnish environmental organisation devoted to protecting and restoring the boreal forests and ecosystems through ‘the advancement of indigenous traditions and culture’. Honoured with the 2021 St Andrews Prize for the Environment, Snowchange, led by its President and leading climate scientist Tero Mustonen, have a long list of publications, most of which have recently been acquired by the Library. 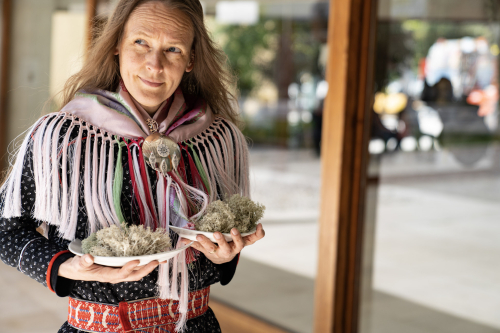 Still from a performance of Pauliina Feodoroff’s ‘Matriarchy’ as part of the Sámi Pavilion at the Venice Biennale 2022. Photo: Chen Chen-Lun / Office for Contemporary Art Norway

As the Climate Emergency creeps up the priority list of governments, often reticent to disturb centuries-long systems of global extraction, indigenous and traditional communities at geographical extremes have been experiencing its devastating effects for decades. For hundreds of years, colonising economic powers have exploited the natural resources of the Arctic. That dispossession depended culturally on the imposition of new knowledge systems and languages that would normalise the exploitative relationship to the land. It is ironic and necessary that we now rely on ancient indigenous wisdom to re(dis)cover nature’s balance, beauty, wildness, in order to survive. Snowchange’s work tells us that by protecting the lands of Sápmi, we protect the Sámi peoples, and vice versa. In Pauliina Feodoroff’s words:

Sámi knowledge is knowledge about how to be with your environment, how to have your relationships with humans and with the world. Therefore, the most effective ways of controlling a people involve destroying the things that compromise the reality of that people. In the North this ancient knowledge has been beaten and destroyed for centuries in order to make the Indigenous peoples forget this knowledge. If there is nothing else to do to stop this, at least we can try to prolong things. To buy us a bit more time to survive. We can try to gather traditional knowledge from the elders who are still holding onto it. We can try to create safe havens of ecosystems, which can contain our knowledges – the fjells, forests, and lakes which remain in pristine condition. (The Eastern Sámi Atlas) 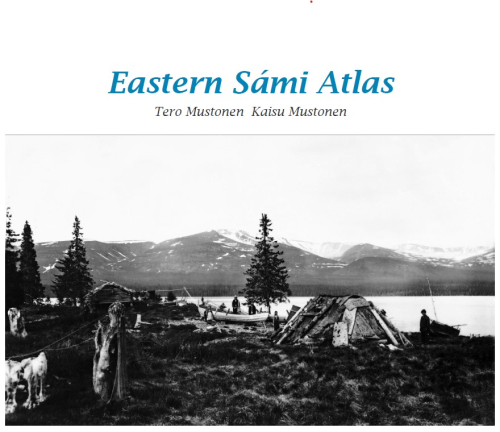 Snowchange’s list of publications, many of which are available to read online, comprise not only scientific reports but also personal histories of significant community figures, hunters and fishermen, as well as novels and poems. This eclectic mix reflects the core idea that the environment, thought broadly, can only be changed by bringing together Western science and traditional knowledge, empirical research and storytelling, the intimately personal, the cosmic and the global.

The monumental Eastern Sámi Atlas ‘provides a clear view of the histories, land use and occupancy’ of the perhaps lesser-researched communities in the Kola Peninsula, speakers of Skolt, Kildin, Ter, and, before their recent extinction, Kemi and Akkala Sámi languages. It contains over 60 maps, unique artwork and photography, poems, songs, and chapters outlining the history, geopolitics and environmental developments in the region.

On the ground, Snowchange is involved in major restoration projects such as the Landscape Rewilding Programme, stretching over 52,000 hectares of which Snowchange owns 3100 hectares in five different areas across Finland, with its flagship site in Linnunsuo, North Karelia. Or, up in the Skolt Sámi area, the Näätämö River collaborative management project is described as the first of its kind in Finland, centring indigenous observations on biodiversity in the river basin to develop new models to protect a major Atlantic Salmon spawning site. 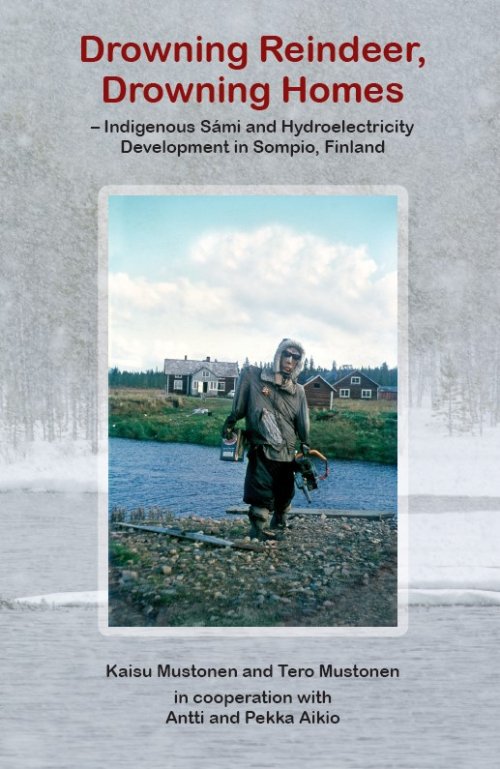 Covers of (above) Drowning Reindeer, Drowning Homes and (below) Kotoperäinen maailma. Kuivasjärven ympäristöhistoriaa, an environmental history of Kuivasjärvi Lake in the Pirkanmaa region (both awaiting shelfmarks). 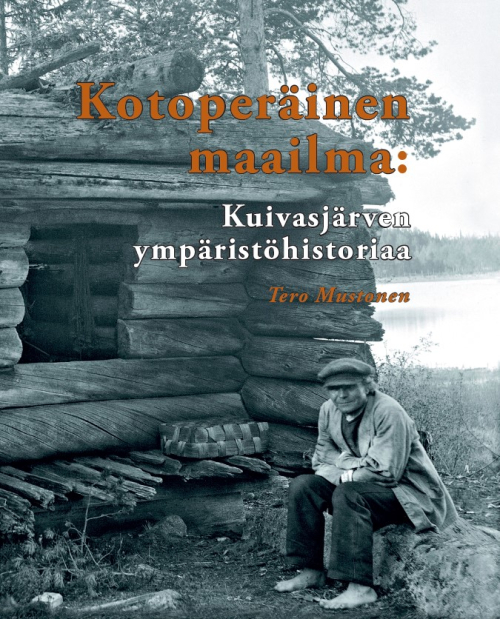 While the organisation regularly updates through scientific reports available online, the research often leads to longer form publications, such as the Atlas mentioned above and the significant Life in the Cyclic World: A Compendium of Traditional Knowledge from the Eurasian North. In the latter, Tero and Kaisu Mustonen ground the two-volume collection of Indigenous observations and perspectives on biodiversity in ‘an attempt for a dialogue, a meeting, perhaps an encounter between the knowledge systems’. In acquiring and promoting these books, we hope the library is doing its small part in surfacing traditional knowledge and joining the conversation.

Indeed, while we have to accept that ‘Indigenous societies of the Arctic feel their viewpoints and understanding of their worlds and cultures has not happened’ when it comes to a matter of ‘decisions regarding the North’, cultural organisations in Northern Europe and beyond are recently engaging in more and more projects that bring to the fore the heritage of Europe’s only Indigenous population. Sámi literature was a focus of the Frankfurt Book Fair in 2019, when Norway was guest of honour. The British Museum’s exhibition Arctic: Culture and Climate worked closely in collaboration with Arctic communities. And, most relevant to the Library perhaps, the Digital Access to Sámi Heritage Archives project seeks to locate and make available Sámi cultural heritage in archives and collections across Europe on their upcoming platform, Nuohtti. 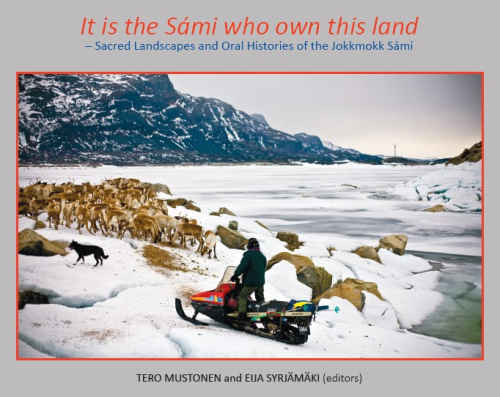 Inspired by such projects, we have begun the process of assessing the library’s own Sámi items, identifying our own potential contributions to Nuohtti, and thereby furthering that dialogue between cultural worlds. But that’s the subject of another post. For now, we thank Snowchange for sharing with us their publications and their knowledge, as only when we try to understand those different cultural worlds, can we start to live justly in the world we share.

We were delighted to hear from Tero Mustonen, chair of Snowchange Cooperative, who wanted to comment on this collaboration:

Whilst initially being pleasantly surprised by the contact from the British Library, we responded swiftly to the exchange and deep understanding the Curators saw in our work. Now all publications by the knowledge holders, scientists, reindeer herders, Indigenous women, fishers and Elders are in the esteemed British Library. Acts of kindness, learning and cultural dialogue can only be achieved by individuals who offer the first gesture. This has now happened. We thank the Library and especially Pardaad Chamsaz for being the guiding light in creating a connection between small northern villages and the Library. For these efforts we will dedicate a recovering boreal peatland – a central site in the fight against climate change and maintenance of northern biodiversity – to the British Library in the spring 2023 to mark the dialogue, mark the courage and ultimately, mark the understanding across cultures that the world needs. In this way, this will be remembered and there will be a physical, natural symbol of this act. We thank the Library. 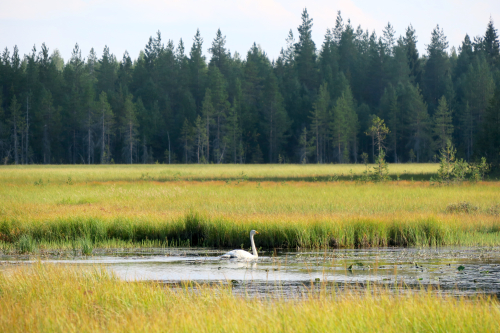 Posted by European Studies at 10:12 AM