On 10 October 2022, the Nobel Prize in Literature was awarded to the French author Annie Ernaux “for the courage and clinical acuity with which she uncovers the roots, estrangements and collective restraints of personal memory.”

A major literary presence in contemporary France, and the author of more than 20 books, Ernaux has been writing since the 1970s, and is no stranger to literary recognition. Her autobiography Les années won both the Prix Marguerite Duras and the Prix Francois Mauriac in 2008 as well as the Italian Premio Strega in 2016; it was shortlisted for the Man Booker International Prize in 2019 when it was translated into English by Alison L Strayer – on this occasion Ernaux gave an interview to the Institut Francais in London. She had also received the Prix Renaudot for La Place. In 2017, Ernaux was awarded the Marguerite Yourcenar Prize for her life’s work. The British Library holds her books both in French and in English translation, from the earliest, Les armoires vides (1974) to the latest, Le Jeune Homme (2022). 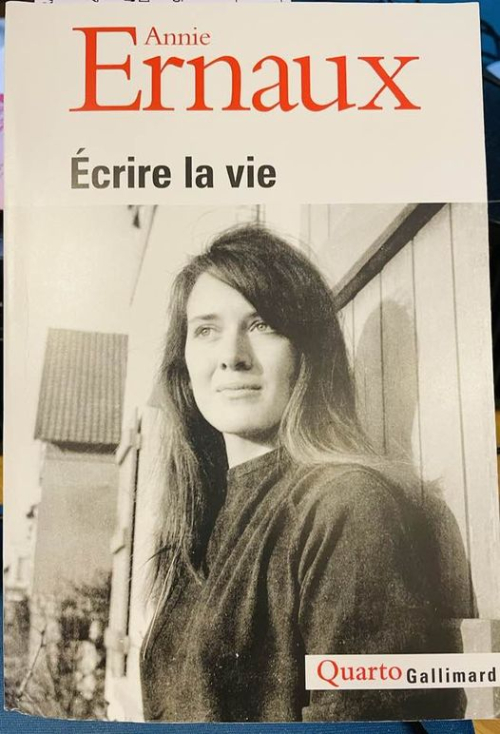 As brilliantly demonstrated by Elise Hugueny-Leger in an article from 2018, Ernaux has been the subject of academic publications since the early 1990s, and notably, very early on, in the English-speaking world, via a chapter by Loren Day in Contemporary French Fiction by Women: Feminist Perspectives (1990) and Diana Holmes in French Women's writing 1848-1994 (1996). She has since become an academic subject of study in her own right, while slowly becoming more accessible to the general public, through her becoming more prominent in the media and, also, through a change in her style. She is now a figurehead of contemporary French Women writers, but one of Ernaux’ wishes is that her books “may be read and received by a great number of readers who don’t necessarily have a university background” (E Hugueny-Léger).

Melding the biographical and the sociological, deploying an array of autobiographical novels, illustrated photographic diaries, and biographical narratives, some of her publications are referred by Michel Tournier’s term “Journaux extimes,” because, despite being in the format of a personal journal, they focus on the external and on the observation of the author’s surroundings. Ernaux’s genre is difficult to define in one word, but it is based on and around her life, and her experiences, and what she observes, recounted in a deliberately pared down and at times clinical voice. “Her work is uncompromising and written in plain language, scraped clean,” said Anders Olsson of the Swedish Academy on Thursday as he announced her accolade. 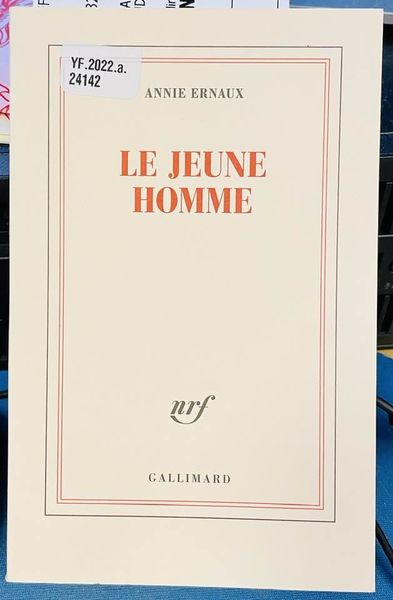 Annie Ernaux was born in 1940 to working-class parents in Normandy. In 1958, she spent a summer looking after children in a summer camp and her sexual awakening during that time is recounted in Memoire de fille (2016). In 1960, she left home to study in Rouen. In the following years she married, had two sons, and qualified as a secondary school teacher. In 1974 she published Les armoires vides, a fictionalised account of the illegal abortion she had undergone ten years earlier. Ernaux continued to teach until she retired in 2000, and now devotes herself to writing.

In 1960, Annie Ernaux had spent several months as an au pair in London looking after two boys, Jonathan and Brian Portner. During this stay, she started writing her first novel, which remains unpublished. In the anthology Ecrire la vie, a few pages are devoted to this period in Ernaux’s life, with photographs and extracts from her diary. 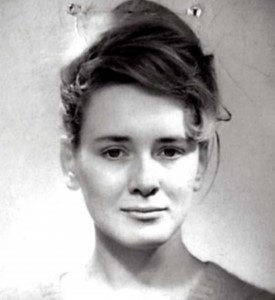 The following touching and surprising story, which is recounted on the website Annie Ernaux, focuses on the author and her work and, through its largely bilingual construction, attempts to bring her work to the attention of the anglophone world. The site is maintained by Elise Hugueny-Léger (University of St Andrews) and Lyn Thomas (University of Sussex).

I see a miraculous convergence of coincidences. First there is a writer and translator, Anthony Rudolf, who reads Mémoire de fille the year after its publication. He is struck by the mention of the Portners, in Finchley, as among his acquaintances there is a certain Jonathan Portner, a dentist located a few miles away. Informed by Anthony Rudolf, Jonathan Portner tells his daughter Hannah about this discovery. Now Hannah Portner is studying French with Elise Hugueny-Léger, a lecturer at the University of St. Andrews, whose thesis focuses on my work and who has participated in many conferences I have attended. Thanks to Elise Hugueny-Léger, Hannah has read and loved one of my books, Journal du dehors, which inspired her to create a beautiful text about Paris and Madrid: Journal de deux voyages. Observation et mise en mots du réel. Things could not have come full circle in a more wonderful way… From one woman’s writing – it was in the summer of 1960, au pair with the Portner family, that I started a novel – to another woman’s writing…

Some might say that this observation of life as a wonderful circle might be uncharacteristic. But the impression, the mark left by London on Ernaux is also recorded in her usual clean, sharp and yet somewhat poetic style:

“London, London soft and narcotic, waters eternally the colour of marshes, The Portners’ house, hushed and elegant. If I ever were twenty there, I never realised”. (May 1970)

Posted by European Studies at 3:09 PM