Brother Vicente Salgado (1732-1802) was a tertiary, that is, a member of the Third Order of St Francis, set up by the saint to allow admission to married people.

Frei Vicente wrote extensively on antiquities and on the history of his order. Innocêncio Francisco da Silva lists six printed works and 18 works in manuscript. With this new acquisition, the BL now boasts four. One of these is his history of his Order, another a history of the Algarve. His knottiest work of erudition was his study (modestly entitled Conjectures) on a medal found at Setúbal. 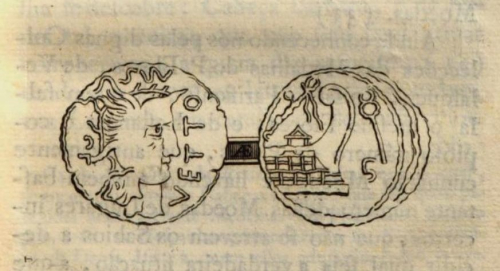 He dedicates 72 pages to this medal and comes to some minor conclusions. It’s genuine, and VETTO refers to … the ancient tribe of Vettones. (He doesn’t consider the possibility that the ‘unknown characters’ are just squiggles.)

The Franciscans were a preaching order from their earliest days, speaking to the people in their own languages, and this meant they were also devoted to the learning of languages. In England they’re seen as promotors of literature in English (see Fleming). The majority of early publications featuring the indigenous languages of Latin America were the work of Franciscans (see Ortega Sánchez and Kobayashi). 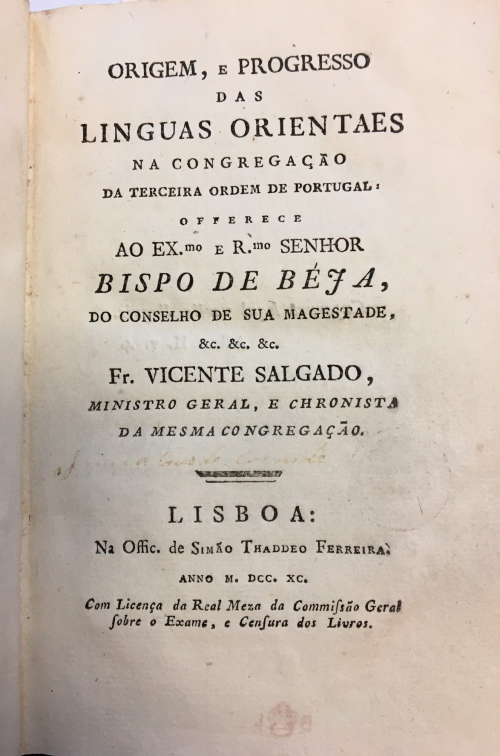 Special topics are the missionaries who worked in the Congo from 1484 to the early seventeenth century (pp. 10-22) and the programme of study inaugurated under King Joseph I in 1759 (pp. 53-73).

Innocêncio rather damns this work with faint praise:

Although the style, method and language of this book, like all the author’s, are far from being models, it is after all of use for the information – hard to find easily elsewhere -- it gives on this interesting branch of our literary history. (Dicionario bibliographico português, VII 441-2)

Posted by European Studies at 3:26 PM