‘November is a difficult time for Poland’ Stanisław Wyspiański wrote in his play Noc listopadowa (November Night). Wyspiański, was a versatile and prolific artist – playwright, poet and theatre director – one of the generations of artists who grew up in the partitioned land. 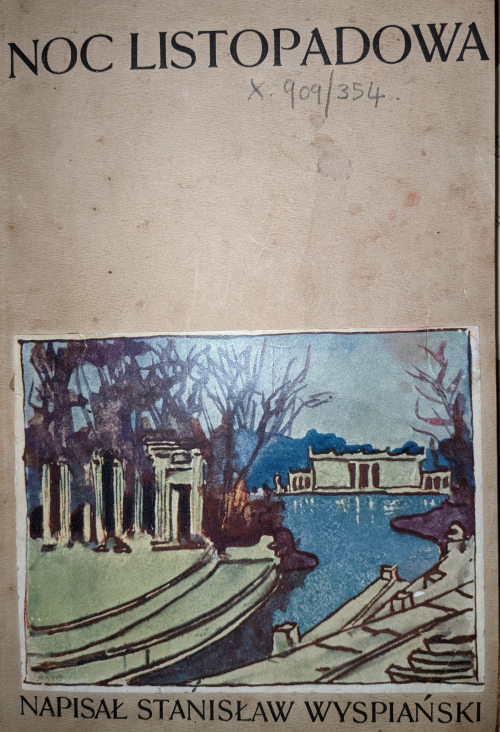 The 11th month of the year – listopad, literally leaf-fall – is a time of particular significance in Polish culture and history. The month of the fallen leaves witnessed the November Uprising or the Cadet Revolution (1830–31) against the Russian Empire when Poland was partitioned. It was in November when finally, after 123 years, Poland regained its independence following the First World War.

There is something fascinating about the approaching darkness and nature’s hibernation that appealed to Polish imagination and Wyspiański could definitely feel the ambiguous allure of the cold month. In November 1901 Wyspiański lost his father Franciszek, a renowned sculptor and an alcoholic struggling with mental issues. Stanisław was only too familiar with death from his early years. As a child he lost a younger brother and soon after, when the boy was only seven, his mother succumbed to tuberculosis. His own struggle with a deadly disease – he suffered from syphilis – is thought to have played a substantial role in his artistic proliferation. After the diagnosis Wyspiański worked tirelessly until his death. He was burning through life with an exhaustive energy, with a constant awareness of its finality, with gusto characteristic for the Young Poland modernist era, flavoured with Nietzscheanism.

The artist’s life was marked by emotional and complicated relationships with women. His mother and an aunt who brought him up both had a profound impact on his life. While living with his aunt Stanisław came in contact with Jan Matejko, one of the most celebrated Polish painters, who gave him art lessons and later invited the young man to work for him. Last, but not least in a long line of Wyspiański’s women, was Teodora Pytko, a servant whom he married causing a stir in Krakow’s social circle and a fallout with the aunt. 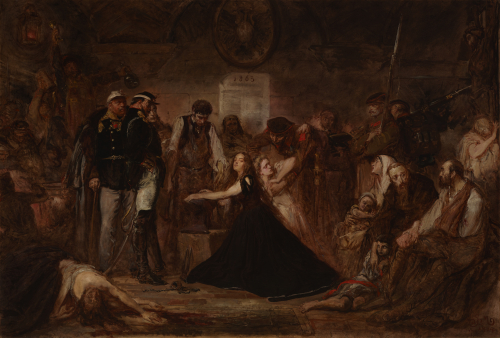 Wyspiański’s childhood was spent in the Austrian partition. His father studio sat a few feet away from the Wawel Royal Castle in Kraków, a symbol of the Polish grandiose past. The imposing structure, in a state of disrepair, full of memories evoking melancholy, was a former seat of the Polish kings degraded to serve as a barracks for Austro-Hungarian troops. This is how Stanisław describes it in one of his lyrics:

At the foot of Wawel my father’s atelier was placed.
A great white vaulted chamber,
Animated by a crowd of images of the dead;
There, as a little boy I wandered, and what I felt,
Later I forged in the shapes of my art.
At the time, by emotion only, and not rational understanding,
I grasped the outlines, moulded in clay,
Which grew before my eyes into giants:
Statues, carved in lime wood.

From Stanisław Wyspiański, Acropolis: the Wawel plays; translated from the Polish and introduced by Charles S. Kraszewski, (London 2017). YC.2019.a.2648

Wyspiański grew up dreaming of becoming one of the artists chosen to restore the Royal Castle to its former glory. A dream that despite many efforts has never come to fruition. The painter’s stained-glass designs, meant for the Wawel Cathedral, were rejected by the church authorities. Wyspiański’s thought-provoking depiction of Saint Stanislaus, a national hero, crushed by his coffin alluded to the playwright’s conviction the saint’s cult was partly responsible for Poland’s downfall. 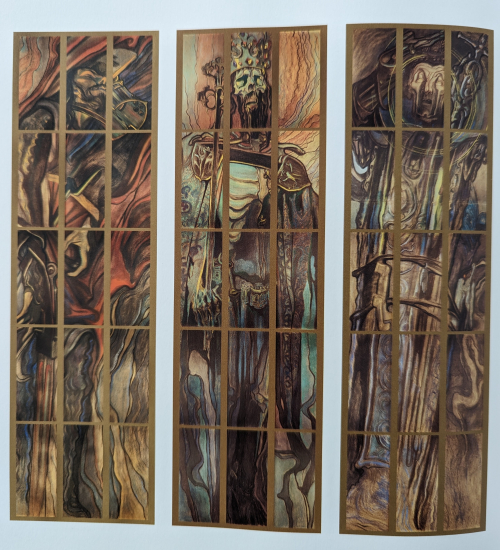 A childhood spent in a place where walls permeated history, gazing at the striking stronghold, wandering around Kraków’s Main Market Square surrounded by the city hustle and bustle resulted in a deep love and attachment to his home town and played an immense part in the artist’s journey. Four of the playwright’s dramatic works deal with Wawel: Legenda II, Bolesław Śmiały, Skałka and Akropolis. 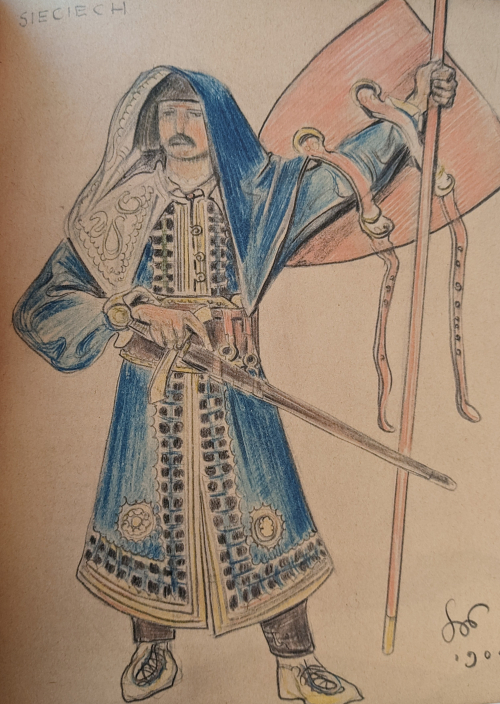 Charles S. Kraszewski in the introduction to his English translation of the artist’s works remarks: ‘Wyspiański introduces his “eternal” characters neither from the pages of Christian hagiography, nor from the theories of psychoanalysis, but rather from the traditions of Polish/Cracovian legend, as a way of understanding what it means to be “Polish” in Europe where the country that bears the name no longer exists’. 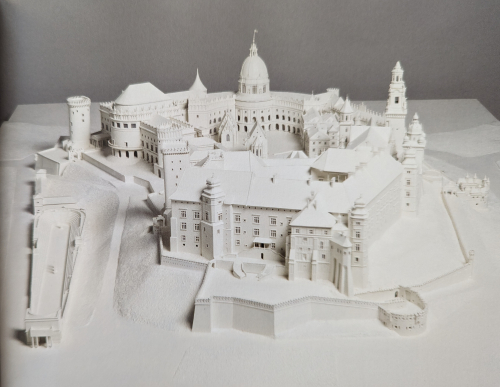 Model based on Stanisław Wyspiański and Władysław Ekielski’s ‘Acropolis’ design for the renovation and expansion of Wawel, 1907. National Museum in Kraków, in Young Poland,  YC.2022.b.346

Wyspiański’s works were a reflection of his identity. Myths, legends and symbols infuse his plays, scenography, paintings and drawings. A Renaissance man, Wyspiański excelled in many forms of art. He was a visionary who made his mark on Polish theatre, poetry, typography, applied art, design and painting. He passed away prematurely, departing together with the autumn leaves on 28 November 1907.

Stanisław Wyspiański, Morning at the Foot of Wawel Hill, 1984. National Museum in Kraków

Posted by European Studies at 12:29 PM