We’ve all heard of dead languages: the Latins, Ottomans, Manchus and Arawaks that dot the pages of historical texts. These are languages that have ceased to be spoken, whether as first languages or taught ones, by anything more than a handful of scholars. Some dialect groupings disappear altogether for reasons of politics (consider Ottoman and Manchu); social change (Gaulish and Messina Greek); or simple brutality and terror (Arawak and Beothuk). For many others, their “death” is merely a fudge: Latin developed into Italian, French, Spanish and other Romance languages by the same process that brought us contemporary English from Old English, although the latter grouping was never considered to have died. But what of languages that have disappeared through bureaucratic measures? The Sart language might be considered one such example.

Sart is, or was, a Turkic language spoken by the Sart people of Central Asia. Although ethnic identity in pre-Soviet Central Asia is an exceptionally thorny issue, consensus seems to be that the Sarts were a sedentarized Turkophone population in various urban centres throughout the region. They were assumed to be Iranic by descent, but a quick look at two works in the British Library’s collections confirm that their speech, as recorded by Russian officials and travellers at the end of the 19th century, was very much Turkic. This was a basis for their distinction from the neighbouring Tajik peoples of the Pamir range, a community with whom 19th and early 20th century ethnographers assumed they shared a common ancestry, as Maria Subtelny explores in ‘Symbiosis of Turk and Tajik’. 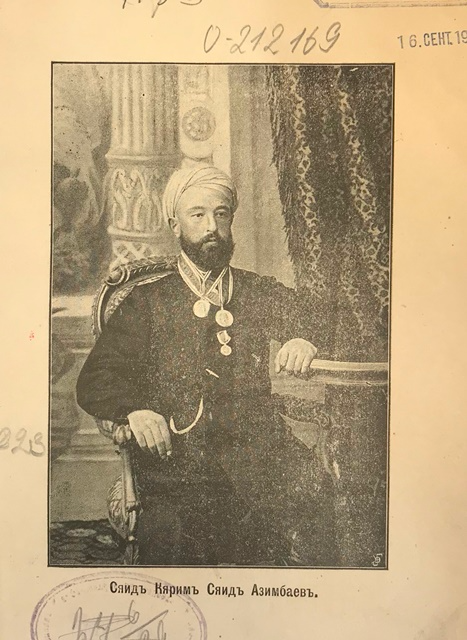 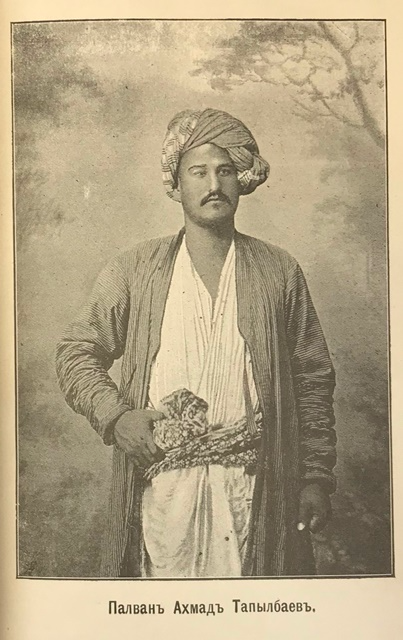 The first of the two works in question is a phrasebook entitled Frazy na sartovskom” iazykie (‘Phrases in the Sart Language’), authored by Z. A. Aleksieev in 1884 and published in Tashkent. It was intended to be of “useful benefit for landlords and landladies, buyers and farmers, and [with] a good chrestomathy for Russians learning literacy in Sart and for Sarts beginning to read in Russian.” This was only 19 years after the city of Tashkent had fallen into Russian hands, and five years before the arrival of the Trans-Caspian Railway. It is a good indication of the pressure Russian officials felt to cement their interests among the mercantile classes of a sensitive part of the Empire abutting British interests in the Sub-Continent. 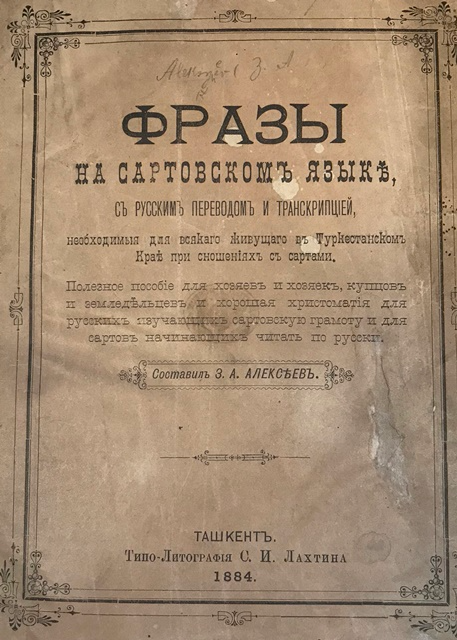 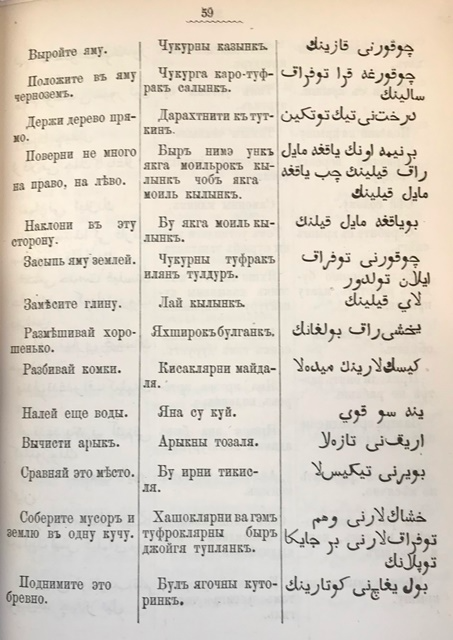 The table of contents shows just how heavily it was geared towards functional interactions: while there is no section on small talk, there are stock phrases about buying birds or carpets; teacher-student interaction; farming; and the repair of telegraphic lines. It is difficult to compare Sart to contemporary Turkic languages from the region. These reflect heavy state intervention on the part of the Soviet authorities and bear the scars of often traumatic social disruption, such as the collectivization and sedentarization campaigns of the 1930s. Nonetheless, what we can say about it is that it resembles considerably contemporary Uzbek, as well as certain features of Kazakh and Kyrgyz, all of which are spoken today in the regions where the Sarts lived. 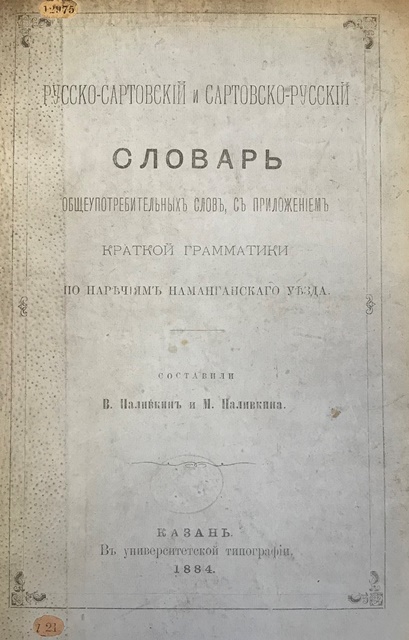 The second work is a dictionary and short grammar of the language compiled by Vladimir Nalivkin. Published in 1884 as well, this time in Kazan’, it focuses on the dialect of the Namanganskii Uezd, in contemporary eastern Uzbekistan. Russko-Sartovskii i Sartovsko-Russkii Slovar’ is not, unfortunately, as telling of the social relations between Russians and Sarts as is Frazy, but it does reveal many important features of the language. Much of the vocabulary is not far from that of the Turkic languages of today’s Central Asia, although there are some remarkable departures, including in the names of months. The grammar is far from systematic, and provides only a sketch of the most important morphological structures of the language. Nevertheless, it is easy to see that Sart behaved very much like other Karluk Turkic languages;  it would not have been hard for anyone versed in Chagatai or even contemporary Uyghur or Uzbek to pick up. 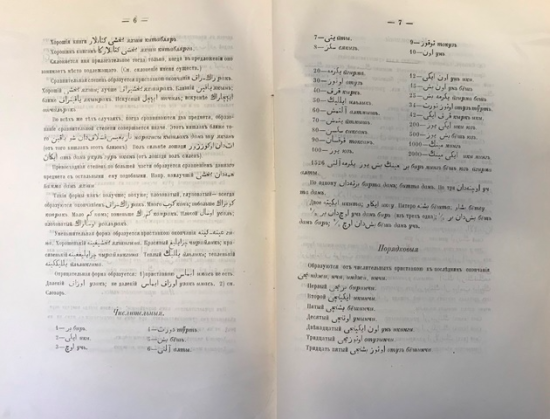 As an important vehicle of commercial communication, it would be easy to assume that Sart would function as a crucial tool in extending Moscow’s authority over Central Asia in the 20th century. Such was not the case. In the 1920s and 30s, the Soviet government sent out teams of ethnographers and anthropologists in order to determine the region’s ethno-linguistic make-up; a key step towards the division of the territory into national republics. As Francine Hirsh has explored in Empire of Nations, this was a fraught process, occasionally led by political fiat rather than evidence. Throughout it, the Sarts fared badly. It was assumed that, in the march towards Socialism, they would be absorbed into the Uzbek nation. As a result, their language was not provided official recognition, and their culture ignored in favour of a Socialist Uzbek one. Sarts disappeared from the 1926 census and official discourse. The Sart language, along with dozens of other dialects that were no longer deemed to be expedient in the march towards Communism, was expunged from the historical record. These two items in the British Library’s collections, however, remain as testimonies to the vibrancy and importance of the language in the pre-Soviet period, and the people who spoke it.