For some years now I have been taking Saga, the magazine for the over fifties. I was gratified to see in the issue that just popped through my door an article about corkscrew patents.

I know from experience that corkscrew collectors are a keen lot, having been asked for help on several occasions. The presence of a patent or registered design number on an item adds to the interest, if only by providing some evidence of the maker or originator. One collector (in a different field) told me that he was happy if he had three things: an object with a patent number on it, the patent, and trade literature advertising it.

The article leaves no pun touched, with its title being "What a corker !" The Rev. Samuel Henshall is credited with the first corkscrew patent, with GB 2061/1795. This worked on the principle of a button at the top of the spiral. This apparently made it easier to withdraw it. More popular was GB 2617/1802, by Sir Edward Thomason. You continue to twist it and eventually it rises up again. It continues to be in production.

Thirty corkscrews will be auctioned at Christie's South Kensington branch on the 2 October, including a Thomason corkscrew. There is masses of corkscrew-related information on the Web, such as the Inventors.About site, which includes drawings and patent numbers of some interesting ones. There have also been books written on the subject, including books dedicated to German and Japanese patents (the latter is in English). The dedication and ingenuity of these enthusiasts never ceases to amaze me.

And why haven't I linked to Web copies of those early English patents ? They are not on the Web, as the material before about 1895 has not been put up on any database.

One Laptop per Child

Ben has just commented on my posting about windup torches, asking about Nicholas Negroponte, who has suggested a wind-up laptop.

Negroponte is behind the One Laptop per Child concept, which is well advanced in its planning. Every country that agrees to participate will purchase cheap, robust laptops for every schoolchild. They can be run by being windup or by solar power. I remembered reading an article about the initiative on the BBC web site, but had not connected Negroponte's name with the idea. At present the price is $176 but he wants to get the price down to $100 if possible. A great deal of thought has gone into it: for example, the laptops are bright green, so stolen ones carried by adults are obvious. Manufacture will start soon, apparently.

Negroponte filed in 2004, apparently only in the USA, for a patent for a Low Cost Portable Computing Device.

The best thing since sliced bread

My favourite reading, the free Metro newspaper, has an article today about the 80th anniversary of sliced bread. American Otto Rohwedder worked on the idea from 1912 onwards, and originally wanted to use metal pins (he had been a jeweller) to keep the slices together.

What the article doesn't mention is that the idea was patented. In fact, the free Espacenet database lists 18 US patents under his name as inventor, including US1867377, "Machine for slicing an entire loaf of bread at a single operation". Lots of metal wires working in parallel were used to do the job, as the drawings show.

There are an increasing number of devices which are powered by renewable sources. For example, a mobile phone which is recharged by leaving it in sunlight.

There is also the good old windup idea, where the owner winds away. Contrary to popular belief, Trevor Baylis' GB 2262324 for the windup radio (illustrated here) 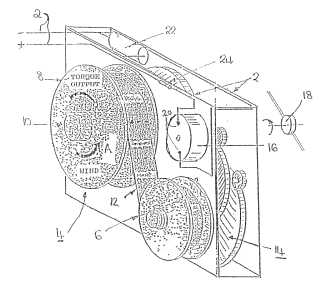 which was published in 1993, was not the first such device. It was not granted protection, either.

I noticed the other day that my little windup torch, where a handle unfolds from the casing and is twisted a few times, had some information on it:

As it had no manufacturer's name (or trade mark) on it I was curious to know more. "Des. Pat." means that it has a Design Patent, the American term for a registered design for its looks. The "29" suggested to me that it was a filing rather than a publication number.

My usual standby Espacenet did not help with either 29/245965 or 245965. I then tried the official US database and its Quick Search format within the Issued Patents gave the right one at the top of the list of entries with 245965 in it. It's US D536813, "Hand crank powered LED flashlight", by a private Hong Kong inventor. It was published in February 2007.

The Google Advanced Patent Search database, which relies on scanned documents, also found it, as the only hit for 29/245965. Unlike the official database, which gives it as a TIFF file, Google provides a PDF version.

The other numbers ? 20053 in relation to Chinese numbers means a design applied for in 2005, while I am pretty confident that the last number is a Hong Kong number. It sounds as if the three sets of numbers are in the same order as the geographical names given. All this may sound like musings for nerds. Maybe it is, but this is a good example of a business problem where definitive information can be provided to solve a problem.

No idea about JML8964, that could be the manufacturer's private number.

I opened today's free Metro newspaper to find an article about Melton Mowbray pork pies. Besides explaining about them, it said that they are about to get a Protected Geographical Indication from the EU. The idea is that only food and drinks from a certain area can use the name.

These names are listed on a free database which provides listings for types of products within each country. For example, the UK has 25 such registrations (Ireland has 5), including Buxton Blue for cheese, Welsh Lamb and Cornish Clotted Cream. France, Germany, Italy and Spain each have many more than we do.

Cheddar, Cheshire and Stilton are absent as we were slow in using the system for our advantage. France has registered Brie de Melun and Brie de Meaux, which may explain why you can see Somerset Brie. I was interested to see that the two examples the journalist offered of how the system is used, Champagne and Parmigiano-Reggiano, are not in fact listed in the database. I suspect that Champagne is protected in a different way, if only because it has to be made in a particular method -- I recall litigation over Champagne Perry as a name.

There is an article on the subject of geographical indicators on the Wikipedia site.

Making a noise on the Net

Today I saw (heard would be a more appropriate description) a free program that can turn a PC into a talking computer.

Thunder software is produced by Screenreader.net a CIC (Community Interest Company)  run by Roger Wilson-Hinds and Tim Carrington. It has already been downloaded by 16,000 blind and partially sighted web surfers and is only just a year old.

It was fascinating to watch and listen as Roger navigated the web using the reader to guide him. It made me appreciate just some of the challenges blind web surfers face. Especially when one considers how much information is now only available through the web.

Roger also has a blog The Blind Blogger where he sounds off about internet issues for the blind and partially sighted.

I've just noticed an article on the BBC News technology pages saying that mobile phone technology has turned 20. On the 7 September 1987, fifteen companies signed an agreement to build mobile phone networks based on GSM technology. This is what really started the industry.

As with television and other technologies before it, it was vital to sort out recognised standards. Otherwise phones (and networks) from different companies can't talk to each other.

The mobile phone itself came about in 1973 as a public fact when Martin Cooper, a Motorola executive, made the first call. He was standing on a Manhattan street corner, outside the New York Hilton, and the recipient was rival AT&T.

The phone he was using was the shape of a brick and weighed almost a kilo. Hardened New Yorkers stared in amazement. Cooper admitted that it was too big and heavy, and didn't want to use one until it got below 100 grams in weight.

Things have changed. What was once impossible, then a luxury, is now regarded as a necessity by many in opinion polls. The young, in particular, seem to regard mobile phones as an extension of their bodies. They are often no longer mobile phones. They are hand-held, personal electronic devices that carry out a variety of functions, including listening to music and taking photographs.

The prototype Motorola phone was patented as US 3906166, a "Radio telephone system". Here is the main drawing. 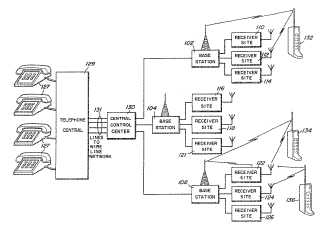 A vast number have been published since, with the first 2G phone thought to be Qualcomm's US 5309474. And those flip-open phones ? Alleged to be based on someone's love of the cute communicators used in the Star Trek television series, the first is thought to be Motorola's US 5175759.

As for the hexagonal cellular arrangement of the masts that ensure the signals get through, this is based on Richard Frenkiel's Bell Telephones US 4144411, which dates back to 1976. Here is its main drawing. 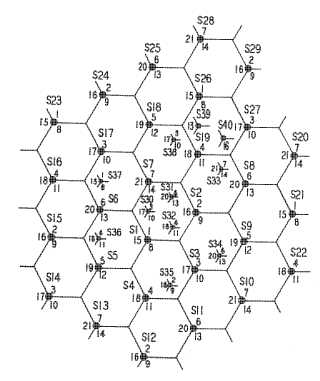 Add colour to your life with NLP

I went to an interesting CiG event last night on Super charging your motivation using NLP (Neuro Linguistic Programming). The presenter Katie Hogg managed to both introduce the topic and give us some useful examples of its benefits in two hours.

I approached the topic as somewhat of a cynic, but came out with one or two techniques which I will try out on some personally challenging motivational scenarios (completing my tax return and clearing a table full of filing). All you have to do is visualise your problem, move it to the top right of your view and then add colour, brightness, movement and sound. All of a sudden it seems much less daunting.

It was interesting to observe our presenter using some NLP techniques on us during the evening. For instance whenever she wanted us to respond to a question she would put her hand up in the air. I could feel my arm starting to rise almost of itsâ€™ own volition until became aware of it and my brain took over the decision making process.

To see how scarily effective NLP can be have a look at these two Derren Brown videos on YouTube: