My weekly sitemeter blog monitoring email has just arrived announcing I have reached 14,722 page views and 10,344 visitors since I started blogging a couple of year ago.

For reasons too complicated to go into here, I maintain a duplicate copy of this blog at http://ninfield.wordpress.com. And this has generated 20,271 page views and 16,200 visitors respectively.

The reason for mentioning this, is the surprising discovery that the most popular story on my blogs (by a factor of 4) was the one about the humble paper clip from August 2007 The not so simple paper clip. I have spent some time trying work out why this particular story has proved to be so popular, but remain bemused. 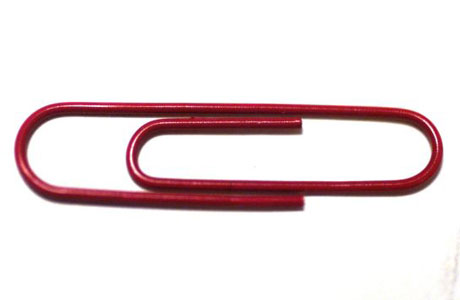 Equally confusing is why British Standard for a cup of tea - BS 6008 is second on the list.

Posted by Innovation and Enterprise blog editor at 1:27 PM

Balsamiq Mockups - the quick and easy way to design a website

Many of the clients I see understand the power and importance of marketing their product or service through the world wide web. However, very few of them have the knowledge, technical skills and creative flair to be able to produce a professional website. In quite a few cases they have been worried about how to explain to a professional website designer what they are trying to achieve.

Thanks to an interview on Leo LaportŌĆÖs net@night podcast I have discovered a possible solution. It is called Balsamiq Mockups and comes from a ŌĆśone man bandŌĆÖ company Balsamiq Studios, founded by an ex-Google employee Giacomo ŌĆ£PeldiŌĆØ Guilizzoni. Despite have returned home to Italy to start his business he has managed to sell $100,000 of his $79 software in five months.

As Giacomo says:
ŌĆ£Using Balsamiq Mockups feels like you are drawing, but itŌĆÖs digital, so you can tweak and rearrange controls easily, and the end result is much cleaner. Teams can come up with a design and iterate over it in real-time in the course of a meeting. With more than 60 pre-built controls to choose from, you can design anything from a super-simple dialog box to a full-fledged application, from a simple website to a Rich Internet Application.ŌĆØ

He has created an excellent two minute demonstration video showing what the software can do.

Launch a small business in 10 steps

Starting a business is a complicated and demanding activity which can often overwhelm first timers. So it is great when someone breaks it down into digestible parts. In this instance Dan Matthews at LaunchLab.co.uk has written a two part article which breaks business start-up into ten steps.

I have listed them out below to give you a flavour, but you will need to read both part one and part two to get the full low-down.
1. Learn about your market

6. Buy the right tech and equipment

9. Advertise and market your business

Posted by Innovation and Enterprise blog editor at 11:50 PM

I came across something new to me the other day: the Tooth Tunes┬« toothbrush.

It is a toothbrush that by pressing a button plays tunes to you while you brush your teeth. The tunes go down the bristles and into the jawbone and into the inner ear, so that the music reverberates in the head.

The packaging mentioned Tiger Electronics and gave the patent number. It was applied for as long ago as 1997 and was granted protection in 2000 as the Denta-mandibular sound-transmitting system , with the applicant being Californian company Sonic Bites.

Nowhere in the patent document does it mention a toothbrush, so it would be hard to find using words, and I wondered why it took so long to reach the marketplace in England at least (I saw it in Claire's, an accessory shop).

A little looking around on the Web explained. Tiger Electronics is a subsidiary of Hasbro, the huge toy company, and the company had spent years trying to figure out how best to use the idea. Rights had to be negotiated to use the music, of course. They thought of lollipops, spoons and forks, even pens. It explains why the patent summary is rather vague and even mentions edible substances. There is an informative Wikipedia article on the product.

Andrew Filo, one of the inventors, has said that as a child he remembered humming with his ears blocked and wondered how he could hear.

The toothbrushes work for two minutes, the recommended time for brushing teeth. Full marks for health benefits. The harder you press the louder the sound -- maybe not quite so good. The main problem is the receipient of this stocking filler might not like the tune, or would get bored with it. There are quite a few variations available as a result. The ability to play one of several tunes at random would be good if the chip is capable of doing this.

Tooth Tunes┬« was launched in February 2007 in the USA and by November had sold three million, and had become the best selling children's toothbrush. They typically sell for ten dollars, or seven pounds in the UK.

I've been sent a copy of the new Patently Silly: the daftest inventions ever devised book by Daniel Wright. I can honestly say I found it an absolute delight.

It consists of over 200 drawings from American patents in the last decade or so, arranged in twelve themes. Each patent is given its full title, which often intrigue -- Wave Bed, anyone ?

And what about Shoe Chair, Combined Coconut-Shaped Drink Container and Subliminal Recording Device. Wright's wry comments (and a poem in at least one occasion, to accompany an invention about discouraging smoking), are well worth reading besides. Below is a sample drawing. 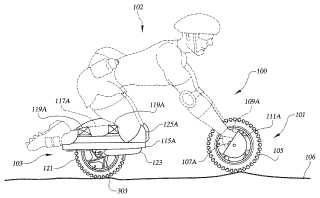 The UK edition is priced at ┬Ż9.99 as a hardback and is published by Prion. Wright himself is based in New York City, where I grew up, as a comedian. I can see that our sense of humour runs along similar lines. Pity I heard about the book too late for this Christmas -- though as some examples are what is usually called lavatory humour you would have to be careful about whom you gave it to.

Asian surprises at the British Library

After three years at the British Library I have almost ceased to be surprised by items we hold.  However colleague Hedley Sutton managed to come up trumps during his recent ŌĆśShow and TellŌĆÖ for staff.

Here are a selection of some the curious documents from the Asian & African Studies collections he managed to find for us to educate and  inform:

ŌĆó    A copy of the New Testament published in Constantinople (modern Istanbul) during 1914.  The text is written in Armenian script.

ŌĆó    ŌĆśNatureŌĆÖs Self-PrintingŌĆÖ published in Mangalore City (South West India)  by the Mission Press, a publishing house run by Missionaries who loved India. Appeared to contain samples of pressed Indian Flora from 1862. Some plant-resins appeared had leaked through the paper pages, various leaves showed signs of being nibbled by bugs.

ŌĆó    1844 examination papers for entrance into the East India Company (the equivalent of the Civil Service).  Any student who wanted to enter the Company had to study for six months and then pass examination papers in the Indian language, economy and history, also Latin, Greek and Mathematics.

ŌĆó    This was a boxed collection of miniature books from Japan from the 1960ŌĆÖs and 1970ŌĆÖs. One of the books in was less than one inch square, with the initials JC embossed on the front; the content was Jimmy CarterŌĆÖs inaugural speech both in English and Japanese.

ŌĆó    One of a series: ŌĆśHogHunters AnnualŌĆÖ, an Indian serial publication from 1928 dedicated to the hunting of hogs/wild pigs (aka Pig Sticking). The annual detailed ways of killing hogs with spears while riding on horseback.

ŌĆó    Unexpected was a batch of Nazi propaganda leaflets. These were again a serial publication, written in German around the time of World War 2 and distributed to Germans living in India.

ŌĆó    The presentation took a rather grisly turn with the record of Courts Martial held by the East India Company between 1801 ŌĆō 1821. In the early 19th century East India Company, the attitude to behaviour was pretty severe. For example, in November 1818 a Private was sentenced to 1,000 lashes on his bare back for being drunk and refusing to go to his barrack when ordered to do so.  Because all 1,000 lashes administered at once would kill anyone, the punishment would have taken place in instalments over several days or weeks. The record also gives a gruesome step-by-step guide for carrying out an execution by firing squad, including the music to be played (the Dead March from HandelŌĆÖs ŌĆśSaulŌĆÖ) and at what point to blindfold the prisoner.

Many thanks to Heather Morley for sharing her detailed notes of the meeting.

Posted by Innovation and Enterprise blog editor at 12:54 AM 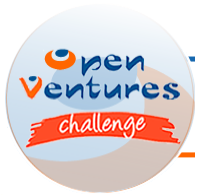 I recently met one of the team behind the Open Ventures Challenge in aid of Cancer Research UK.

Their radical idea is to apply open innovation principles to venture creation, with the aim of building three new activities which will each generate ┬Ż10 million to help beat cancer. They can be independent business ventures, new ventures for an existing company or a new venture for Cancer Research UK to run themselves.

This is a brave experiment from Cancer Research UK as it combines the use of social media and ethical capitalism. As they say on their website, they donŌĆÖt know what will come out of it, but ŌĆ£look forward to seeing what you come up withŌĆØ. Could it be a ŌĆ£Body Shop for CancerŌĆØ? Could it be the next ŌĆ£Race for LifeŌĆØ? Could it be a way to remove ┬Ż10m from the cost of research?

The Challenge runs from November 2008 to June 2009 but already has 32 suggestions.

To join in with this fascinating experiment you have to agree to the following:
1. to give honest and open feedback
2. to act in good faith at all times
3. to treat all community members with respect and courtesy

Posted by Innovation and Enterprise blog editor at 10:13 PM

New guide to making money out of inventions

IŌĆÖve had a look at a terrific new book on commercialising inventions. The author is Rob Lucas and the title is The big and easy guide to take a bright idea from drawing board to successful revenue.

Rob has worked with the British Library by writing our three (free) online courses on intellectual property. His background is commercialisation of new products. Written in simple language, it has chapters covering the topics of setting out, confidentiality, searching to see if itŌĆÖs been done before, prototypes, protecting ideas, finance, production and so on. Lots of actual examples are given in the 200 page book.

As I know from many discussions with inventors, the novice rarely appreciates what the problems are, let alone the answers. ItŌĆÖs not easy making money out of inventions. A huge amount of work and a lot of finance is necessary to even get a useful invention patented, let alone out into the market place. Lack of awareness of this is what most novices share, and this book sorts out those problems.

RobŌĆÖs book is available from the publisherŌĆÖs website, Jembro (where extracts can be seen), or from Amazon and other retailers.